Emergency services remain at the scene of a house fire this evening.

The fire at a property in Oxenham Green, off Davis Avenue, Torquay is thought to have severely damaged the house. 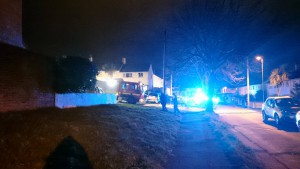 Davis Avenue was blocked at both ends whilst fire crews dealt with the fire.

Police were also at the scene. 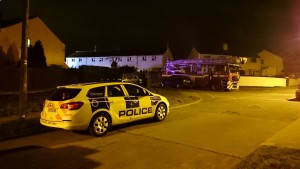 Police confirmed everyone got out of the house safely.

Gas engineers were also at the scene.

Homes in the close are believed to temporarily be without gas and electricity.