On Thursday 16th January 2020 Exmouth’s RNLI Inshore Lifeboat George Bearman II was alerted by HM Coastguard to go to the assistance of a male in difficulty in the water in the River Exe near Lympstone.

The Lifeboat was launched at 14:07hrs by volunteer Shore Crew Rory Carrig and Robert Thompson, under the command of Helm, Roy Stott and volunteer crew; Dave Preece and Guy Munnings. Weather conditions were severe, with high seas, gusting winds and rain. 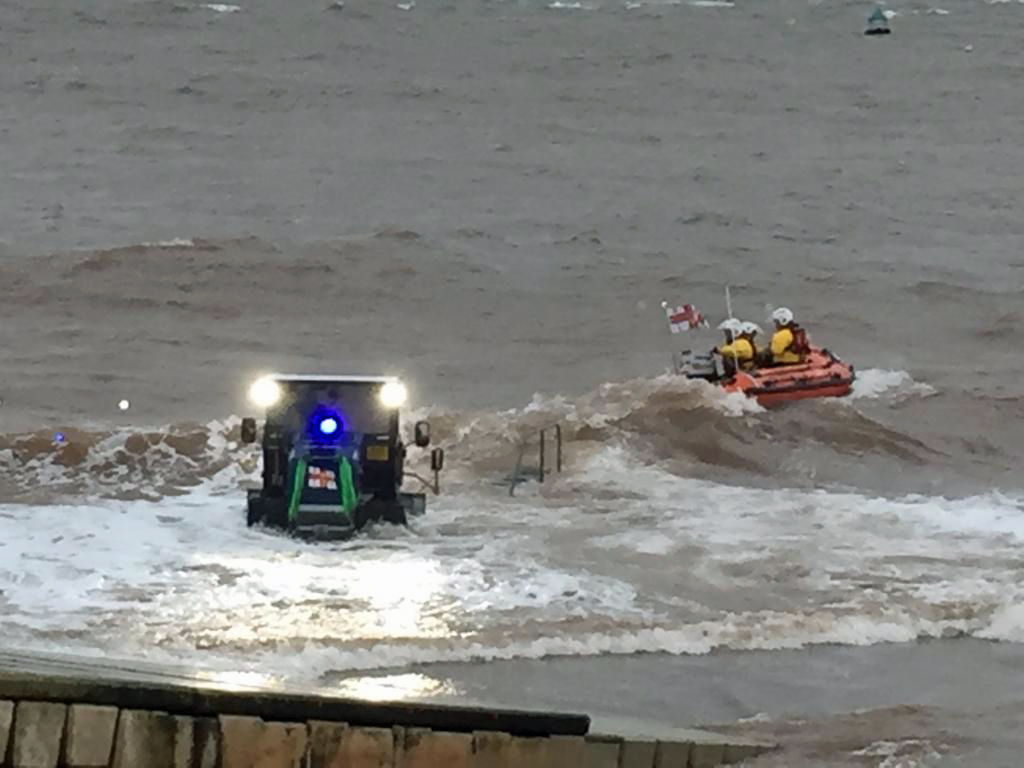 On their arrival, the crew discovered that the individual had been attending to his 28ft thin keeled yacht that had broken from its mooring on the River Exe just off Lympstone. He got into difficulties in the water and alerted HM Coastguard. He had managed to make his way back to shore where the lifeboat crew gave medical checks. No injuries were sustained and further medical assistance was not required.

The crew secured the drifting vessel before returning to Exmouth RNLI Lifeboat Station at 15:16hrs. The Inshore Lifeboat was back ready for service at 15:25hrs.

Exmouth RNLI Helm, Roy Stott said, “This gentleman had gone out on the river in poor weather conditions to secure his drifting yacht when he got into difficulties. Fortunately he was wearing a full dry suit, lifejacket and was carrying a radio that were undoubtedly features that prevented his situation from becoming much more serious. We would urge anyone venturing out onto the river to take similar precautions to help ensure their safety on the water, especially in poor weather conditions.”

Residents are invited to a drop-in session in Dawlish, Devon, to update them ahead of work restarting on the new sea wall which will help protect the town and the railway from extreme weather and risi…