At 4.43pm today Wednesday 11 August 2021 the crew of Exmouth RNLI Inshore Lifeboat D-805 George Bearman II were tasked by H.M. Coastguard to conduct a shoreline search along the Budleigh Salterton coastline east of Otter Point for a couple cut off by the tide in that area.

The charity’s lifeboat launched at 4.54pm, crewed by Helm, Guy Munnings and volunteer crew Sarah Pennicard and James Searle who made their way to the location to commence the search. They were assisted in the operation by the Exmouth Coastguard Rescue Team. 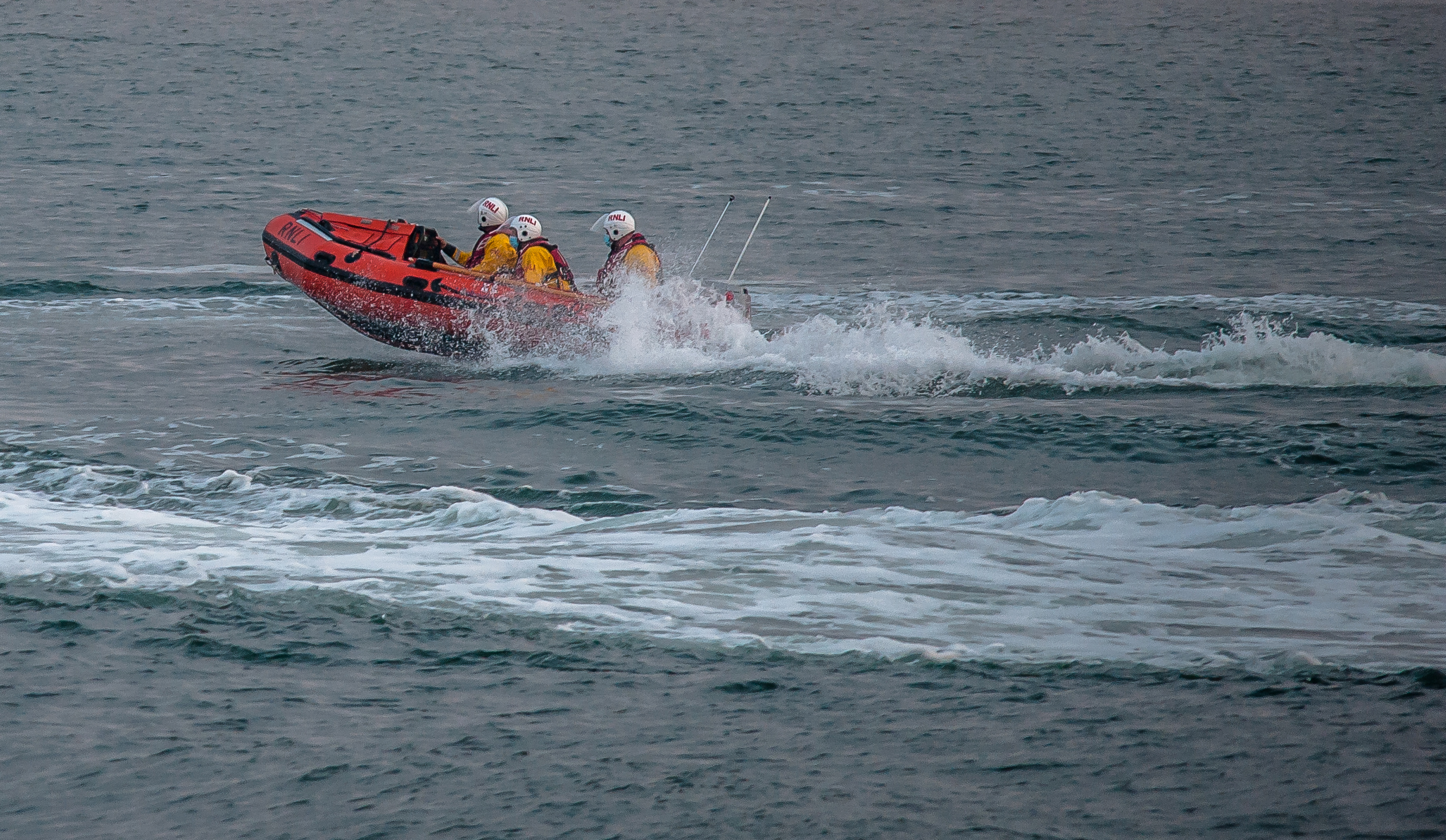 At 5.35pm both casualties were located on the beach in that area and, despite difficult sea conditions, managed to land the lifeboat and take the individuals on board. Both were taken to the safety of land at Ladram Bay where they were placed into the care of the HM Coastguard Team. Neither were injured or required medical attention.

The lifesavers returned to Exmouth RNLI Lifeboat Station at 6.40pm and the inshore lifeboat was back ready for service a short time later.

Volunteer Helm, Guy Munnings, said “The sea conditions during this tasking were hazardous and we located the two casualties in a cove where manoeuvering was hard. The couple had gone for a stroll along the beach while the tide was out and it came back in, effectively trapping them. It was extremely difficult to land the lifeboat and safely retrieve the stranded pair but our training kicked in and we were able to rescue them and quickly get them to safety.”

Tide times and heights vary and can be unpredictable. Getting cut off by the tide contributes to a significant number of RNLI rescues every year – official RNLI safety advice concerning tides and tidal cut off can be found here :