During the afternoon of Friday 20 September 2019 the crew of Exmouth RNLI All Weather Lifeboat R & J Welburn went to the aid of a distressed yacht off the Devon coast.

At just after 3pm a distress call was received from the yacht that was approximately 14 miles off Lyme Bay, reporting failed steering gear. The Lifeboat launched at 3:40pm and immediately went to the aid of the vessel.

On their arrival with the disabled vessel the volunteer crew, led by Coxswain Roger Jackson, effected a tow under extremely difficult sea conditions. Due to the severe sea and tide state it was not considered safe to recover the yacht to Exmouth and the vessel was escorted into Torbay with the assistance of Torbay RNLI All Weather Lifeboat Alec & Christina Dykes and safety. The individual on board the yacht was uninjured and the vessel did not sustain any damage. 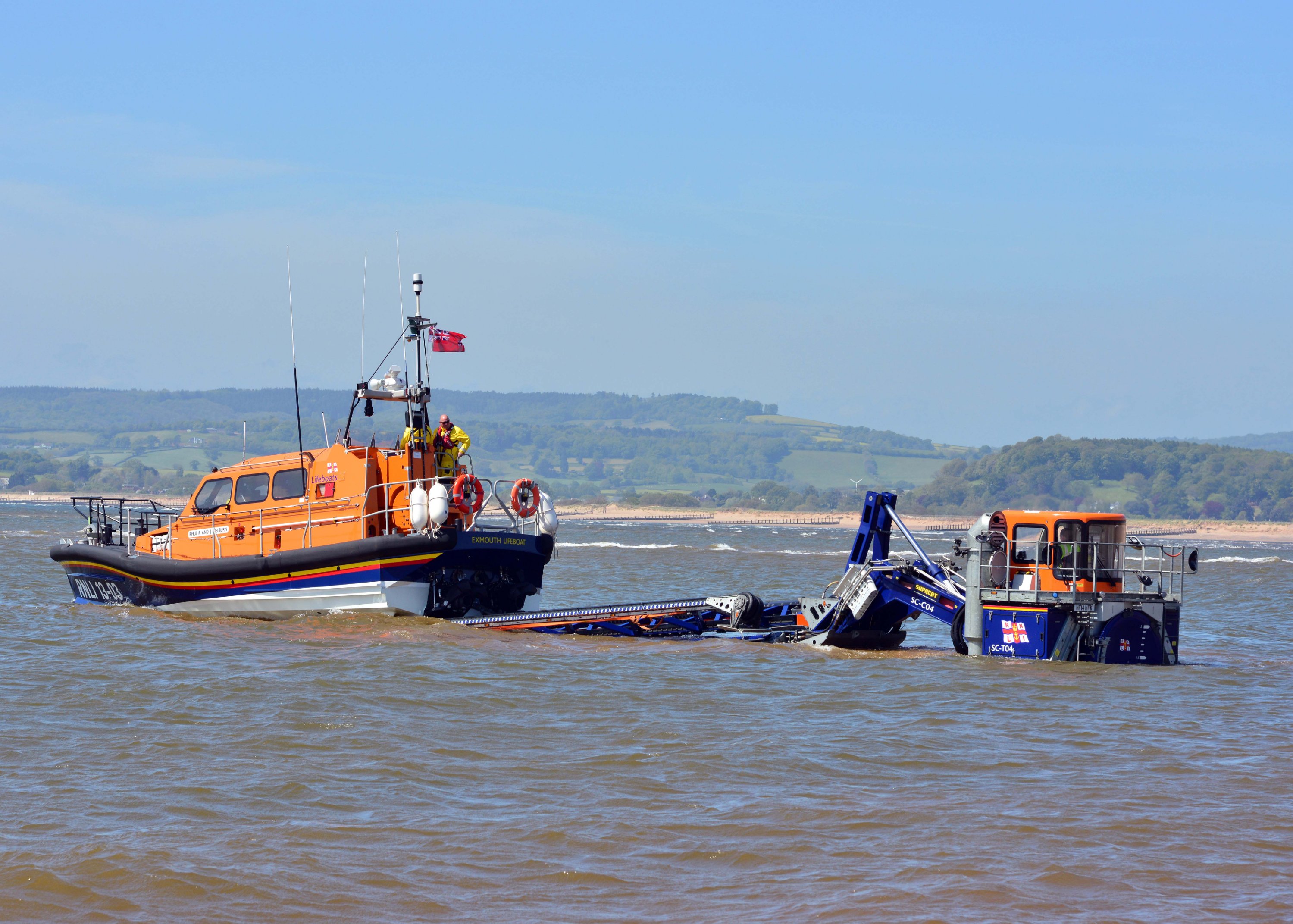 Coxswain Roger Jackson said, “This was an extremely difficult rescue and we were operating in very challenging conditions with high winds and rough seas – the worst I have known in 21 years as a volunteer. Our crew, and that of Torbay RNLI were, as always, very professional throughout and carried out the rescue safely despite the hazardous conditions they had to work in.”

The incident was concluded at 9:48pm and the All Weather Lifeboat was back on station and ready for service at 10:33pm.