Exmouth RNLI volunteers have responded to two reported emergencies within 24 hours this week. 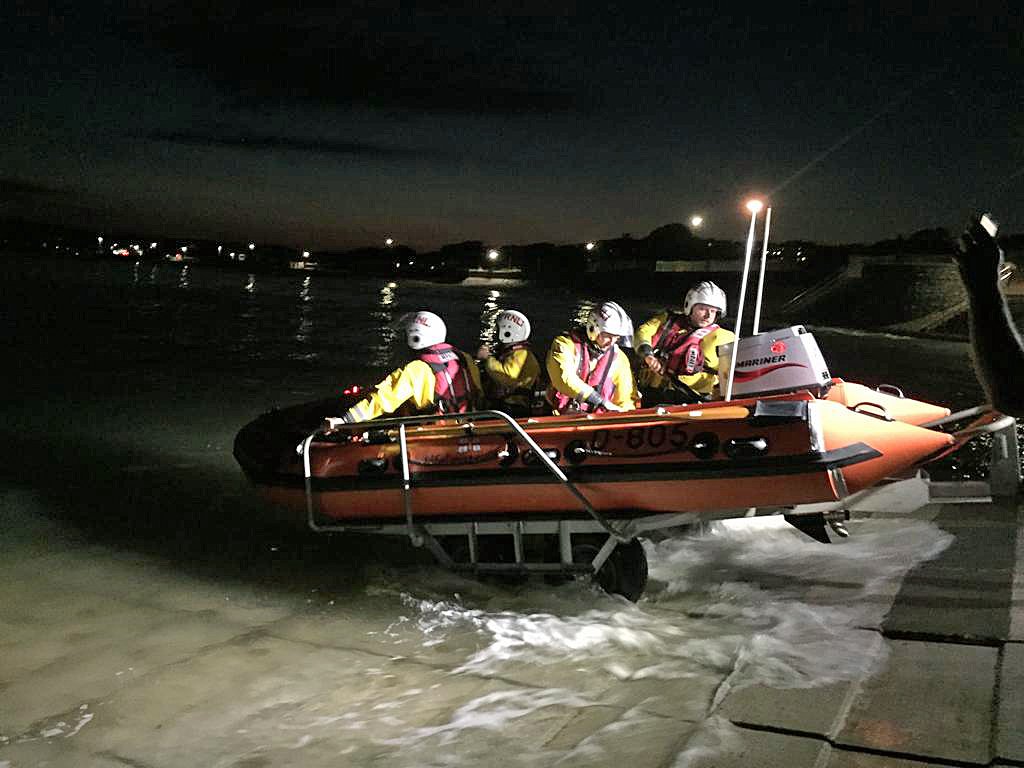 The lifesavers immediately made their way to the last reported sighting of the flashes arriving there 5 minutes later where it was quickly established that they were torches of individuals fishing on the beach at that location and no one was in danger. The RNLI inshore vessel returned to Exmouth Lifeboat Station where it was back on service by 9.50pm.

At 7.39pm yesterday, Wednesday 25 August 2021, the same lifeboat was launched following a tasking request by H.M. Coastguard to attend a report of two paddleboarders caught in a rip current off Exmouth seafront.

The lifeboat made its way to the scene but was stood down minutes later when it was established that the two casualties had received assistance from a passing vessel and were no longer in need of rescue. The lifesavers returned to Exmouth RNLI lifeboat station where the lifeboat was made ready for service a short time later.

Detailed RNLI advice on rip currents and how to spot and avoid them can be found here : https://rnli.org/safety/know-the-risks/rip-currents