Crew, Fundraising and Shop volunteers from Exmouth were busy supporting and representing the charity that saves lives at sea in various methods and places on 13 and 14 October.

On Friday 13 October, local supporting business Krispies provided an RNLI Fish Supper at the lifeboat station for 41 volunteers and their families. £205 was raised through ticket sales to include a fish and chip meal and a quiz. The fish and chip shop, owned by Crew volunteer Tim Barnes and his wife Kelly also raised 10p from every sale on Friday and Saturday for the charity’s national fundraising campaign. 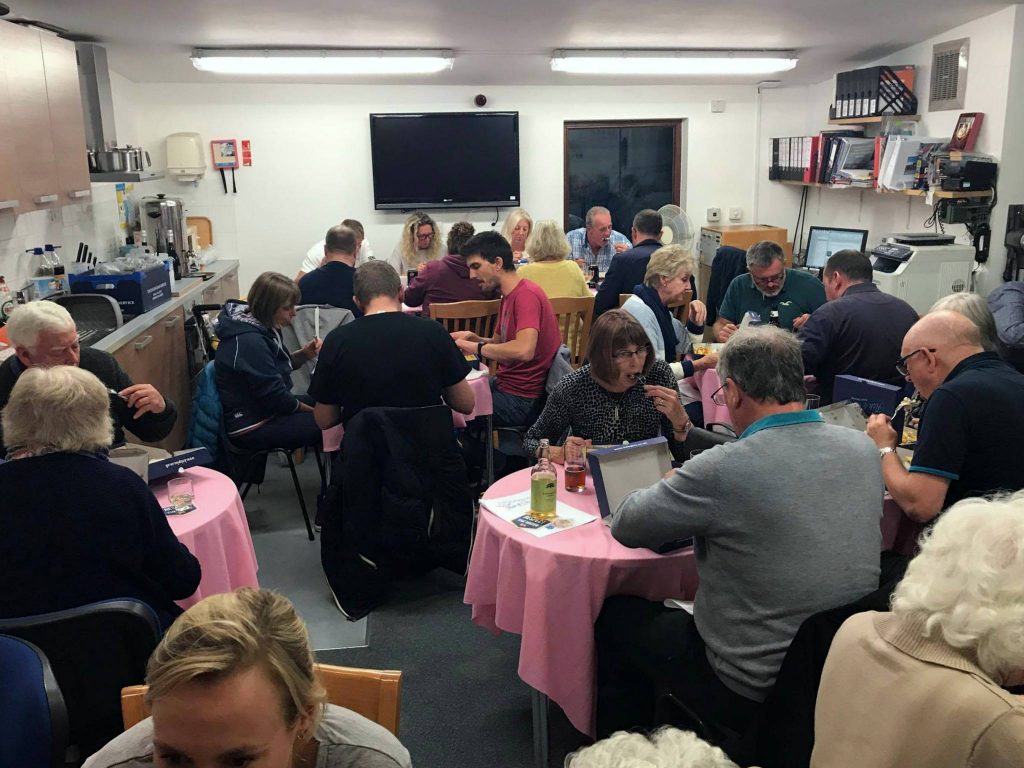 On Saturday 14 October, Crew and Fundraising volunteers with their families took part in the annual Exmouth carnival, this year with an inflatable publicity Shannon class lifeboat in tow. As they were assembling at 6.46pm, pagers were activated by the UK Coastguard to the launch the real Exmouth Shannon R and J Welburn on service. Crew volunteers raced down to the lifeboat station and moved the all-weather lifeboat as far as the ramp when they were stood down. A local fishing vessel was overheating off Pole Sands, south west of Exmouth but R and J Welburn was needed as another fishing vessel could assist with a tow. Crew volunteers raced back in time to join the procession, only taking 15 minutes in total away from the event.

“We enjoy taking part in the carnival every year as we feel it’s important to represent our charity in the community. As Crew, we’re used to making contingency plans all the time as when our pagers go off, we drop everything to launch our lifeboats as lives could be in danger.” 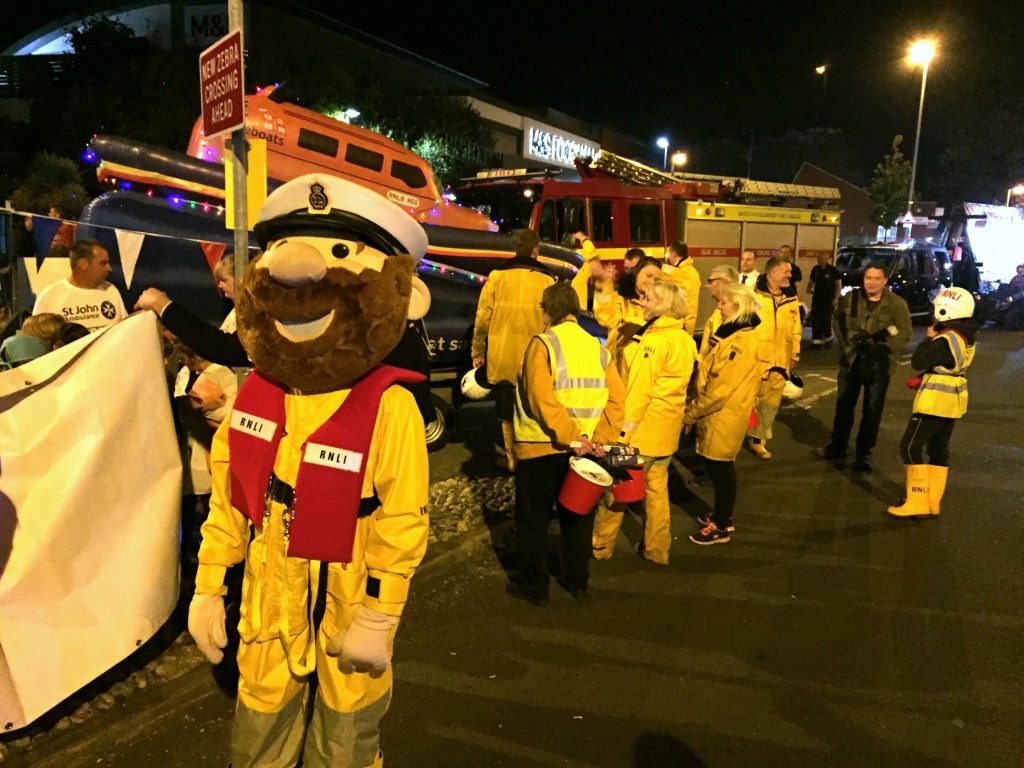 Meanwhile at London’s prestigious Guildhall, three Operations’ volunteers, nine Shop volunteers and their partners were celebrating their various long-service and Excellence in Volunteering awards. The celebration consisted drinks, a two-course meal and talks by the Institution’s Trustees.