With bright yellow spots, remarkable eyes and the ability to breath underwater using their own personal air supply, the sunburst diving beetle is a fascinating addition to the zoological collection at Paignton Zoo Environmental Park.

The sunburst diving beetle or spotted diving beetle (Thermonectus marmoratus) can be seen in the Investigate exhibit, part of Paignton Zoo’s small but busy Lower Vertebrate and Invertebrate (LVI) Department.

The Zoo received 80 beetles from ZSL London Zoo in November. The beetles are a firm favourite of LVI Curator Luke Harding – he even has an off-show collection in his office.

The family Dytiscidae consists of many diving beetle species, including the sunburst diving beetle. This family has unusual adaptations allowing them to dive and maintain their aquatic lifestyle.

Luke: “When you’re in Investigate, look very closely at the beetles as they dive… you will see an air bubble at the tip of the beetles’ abdomen which allows them to breathe underwater! They have to surface regularly to renew the air bubble so they can continue their quest for food.”

In addition, their hind legs are fringed, which allows them to build resistance against the water and dive deep to find food. The male sunburst diving beetles also have suction disks on each foreleg that they use to grip the females during mating.

“But that’s not even the most amazing thing about these beetles!” adds Luke. “They have incredible eyes – they have two retinas and bifocal vision, which allows them to switch their vision from near and distance, much like humans. This is currently a key topic in Dysticidae research, as sunburst diving beetle larvae are said to have the most unusual eyes in the animal kingdom.” 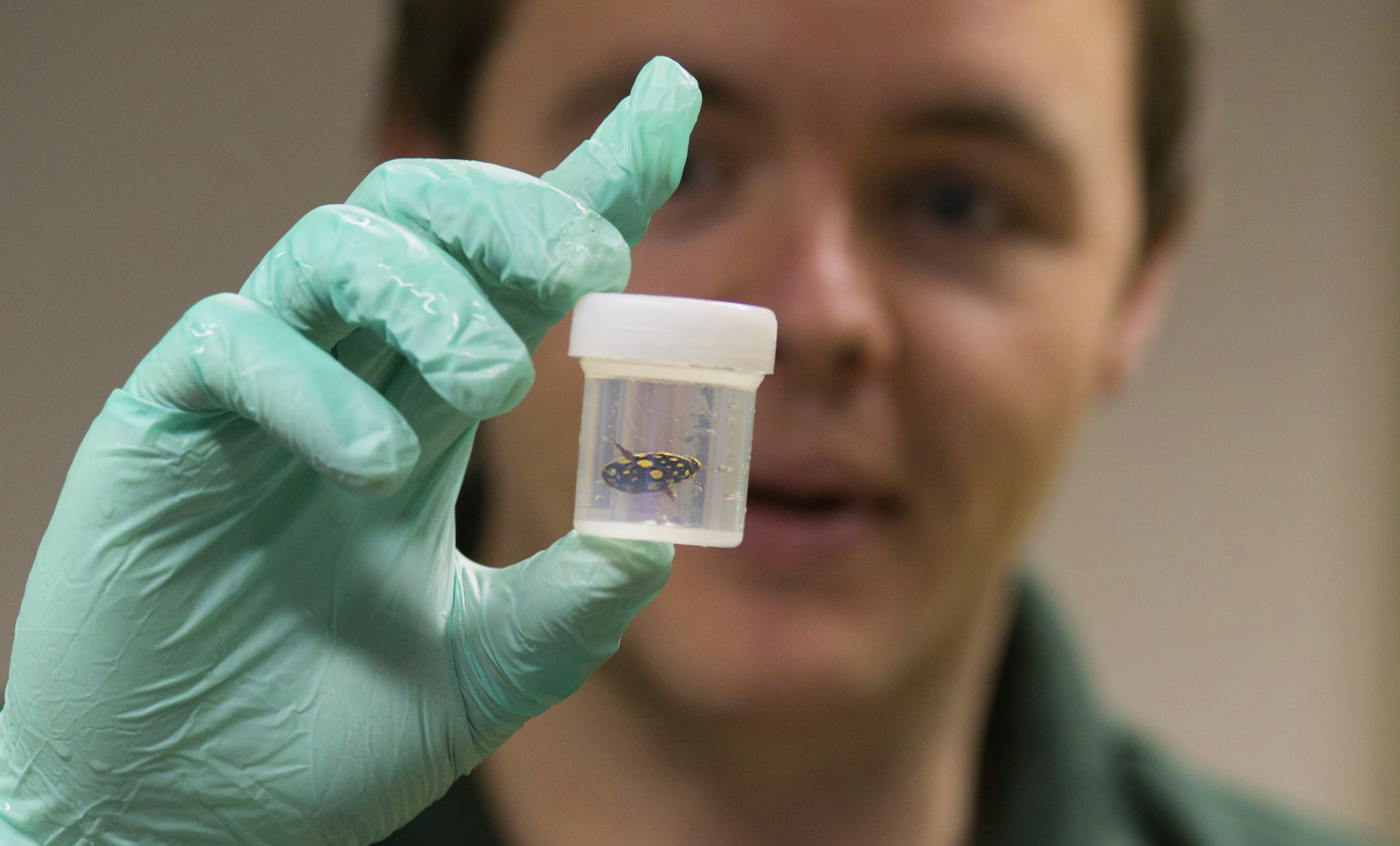 In the wild, sunburst diving beetles can be found near water sources in southern California, New Mexico, Arizona and Mexico. They feed on other invertebrates including mosquito larvae. At Paignton Zoo they are fed on glass worms and optimum water quality is ensured by providing regular water changes.

With their bright yellow spots, mimicking bursts of sunshine, these attractive beetles can be found in a big clear cylinder against the back wall of Investigate. And in Luke they clearly have a big fan: “These beetles are an absolute must-see for bug lovers and budding naturalists – and, quite frankly, for everyone else, as well!”