Faith and Belief in Torbay: who we are 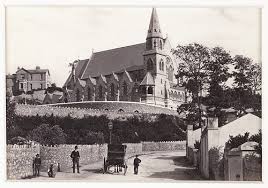 The results revealed some interesting statistics about Brixham, Paignton and Torquay and how the Bay has changed in the decade since the last Census. Overall, the Torbay statistics were broadly in line with the wider national trend.

Some 82,924 residents identified themselves as being Christian – including Church of England, Catholic and all the other Christian denominations. That’s 63.3% of the population.

Since 2001 the numbers of Christians has fallen by almost 13%. In other words, every year since 2001, around a thousand people in Torbay, who previously called themselves Christians, had either moved away, died or had decided to redefine themselves.

Meanwhile, the number of people now declaring that they have ‘no religion’ stands at 35,535 – up 12.6%. 10,110 Torbay residents preferred not to answer the question.

Other ways of measuring faith are also available. For example, the 2012 British Social Attitudes Survey showed that only about half of Britons now say they have a religious affiliation, down from 20 years ago when it was two-thirds. Barely a quarter of young people now identify themselves as religious.

Another way would be to look at church attendance. Around 6% of Torbay’s population regularly attends church. Some 50 years ago – when life had fewer distractions – over half of people in the UK would go to church. Now, the average age of a Church of England congregation is 61. Significantly, young people aren’t being introduced to the church in the numbers they were. In 1950 about 67% of infants were baptised, but today it’s less than 20% and falling. There’s little evidence that people find religion as they get older.

Yet, there’s an obvious discrepancy here between the 63% who call themselves Christian and the 6% who go to church. Hence, we need to be aware that there are thousands of local Christians who ‘believe without belonging’.

Also, by asking people their religion, the Census was really raising a very complex question which can’t really be answered in a word or two. This is because religion is often about much more than belief. It can also be a badge of identity or a way of showing an inheritance.

We further shouldn’t assume that by identifying someone’s religion, we will then know what they actually believe, how they are likely to behave, and how they feel about political or social issues. For example, during the recent Gay Marriage Bill, out of 82 known Catholic MPs, 57% voted for the Bill with 34% against.

Nevertheless, the Census does suggest a significant change in The Bay. One reason given for this shift could be that both faith and society are changing. In fact, the ‘decline’ in the numbers of Christians could indicate that people are now making a positive choice, moving from a vague cultural statement towards a faith of decision and commitment.

Therefore, it’s worth noting that the churches that have lost most members are those from the mainstream, particularly the Church of England. Meanwhile, evangelical churches have largely retained their membership while the Catholic Church has been bolstered, at least temporarily, by migration from Eastern Europe – in 2011 there were 851 Polish people living in The Bay.

Perhaps some nominal Christians are then drifting away from a faith that is being portrayed as conservative. They are re-evaluating their relationship with traditional teachings that seem out of step with modern ideas on a wide range of issues: equality for women and gay people; abortion; relationships outside of marriage; safe sex; contraception; scientific research; divorce; and end of life.

Sadly, the debates around these issues, and the ongoing abuse scandals, sometimes obscure the fine work that local Christians do to help disadvantaged people at home and overseas. So, if a large number of people are moving away from the Church, where are they going?

Certainly, the influence of New Atheist writers such as Richard Dawkins and Christopher Hitchens has been significant. However, we don’t seem to be seeing a great upsurge in atheism, more a drift away from organised religion. Indeed, it looks as if many of those who said they had ‘no religion’ in the Census still share some religious beliefs and identify with a general ‘spirituality’.

We could be seeing a wider social change where we just don’t relate to each other in the ways we used to. We tend not to join mass organisations such as trades unions and political parties in the same numbers. We further seem to have lost any automatic respect for community leaders.

New technology has also altered how we acquire information. We don’t need to ask for guidance from an individual – no matter how knowledgeable – when we can research via the internet, meet others on-line, or just buy a book. At the same time, Torbay’s non-Christian religions have increased in variety and strength. This is partly the result of migration and higher relative birth-rates.

Accordingly, Torbay’s current faith communities now include Muslims (521 persons), Buddhists (389), Pagans (177), Hindus (128), Jews (109), and Sikhs (41). Noticeably, some people may not have taken the Census entirely seriously. For instance, 500 people in Torbay declared themselves to be Jedi Knights. This was a decrease from the 2001 Census and possibly caused by the last three Star Wars movies being so poor!

So, what of the future of faith and belief in Torbay?

The changes that we have seen over the past 10 years are likely to continue and even accelerate. Older more religious people will pass on, and younger less religious people will take their place. As the Catholic commentator Damian Thompson recently wrote: “The default position of people born since 1980 is agnosticism or atheism.”

Our education system may even be speeding up change. The Bay’s schools recognise in their curriculum that we now live in a multi-faith and belief society. So, ironically, religious education classes could be acting to erode the certainty that some faiths rely on by exploring alternative beliefs.

Nevertheless, Christianity will still be the largest faith in Torbay, though we will see other religions competing for influence and members. Meanwhile, the mainstream will become less religious with many avoiding being identified with any specific belief.

At the current rates of change, the numbers of self-defined Christians in The Bay will fall below 50% within 10 years. However, we may have to look at a range of other research methods to chart how the residents of our three towns see themselves.

Out of a population of 130,959, people described themselves as the following: