Three large works of art have been created in Plymouth for the National Trust in remembrance of soldiers who fought in the Falklands War.

The thought-provoking artwork, funded by Saltram National Trust, was created by local artist Ellie Johnson, aka Mrs Murals. It commemorates the 40-year anniversary of the Falklands War and depicts soldiers in action.

Unfortunately, due to weather complications these paintings won’t be on display at Saltram as part of this year’s remembrance installation, but another location has been found for one of the paintings. The artwork will be on display to the public at Plymouth Guildhall over the next few weeks, ready to greet ticket holders of the Remembrance Festival for the Federation of Plymouth & District Ex-Service Associations. 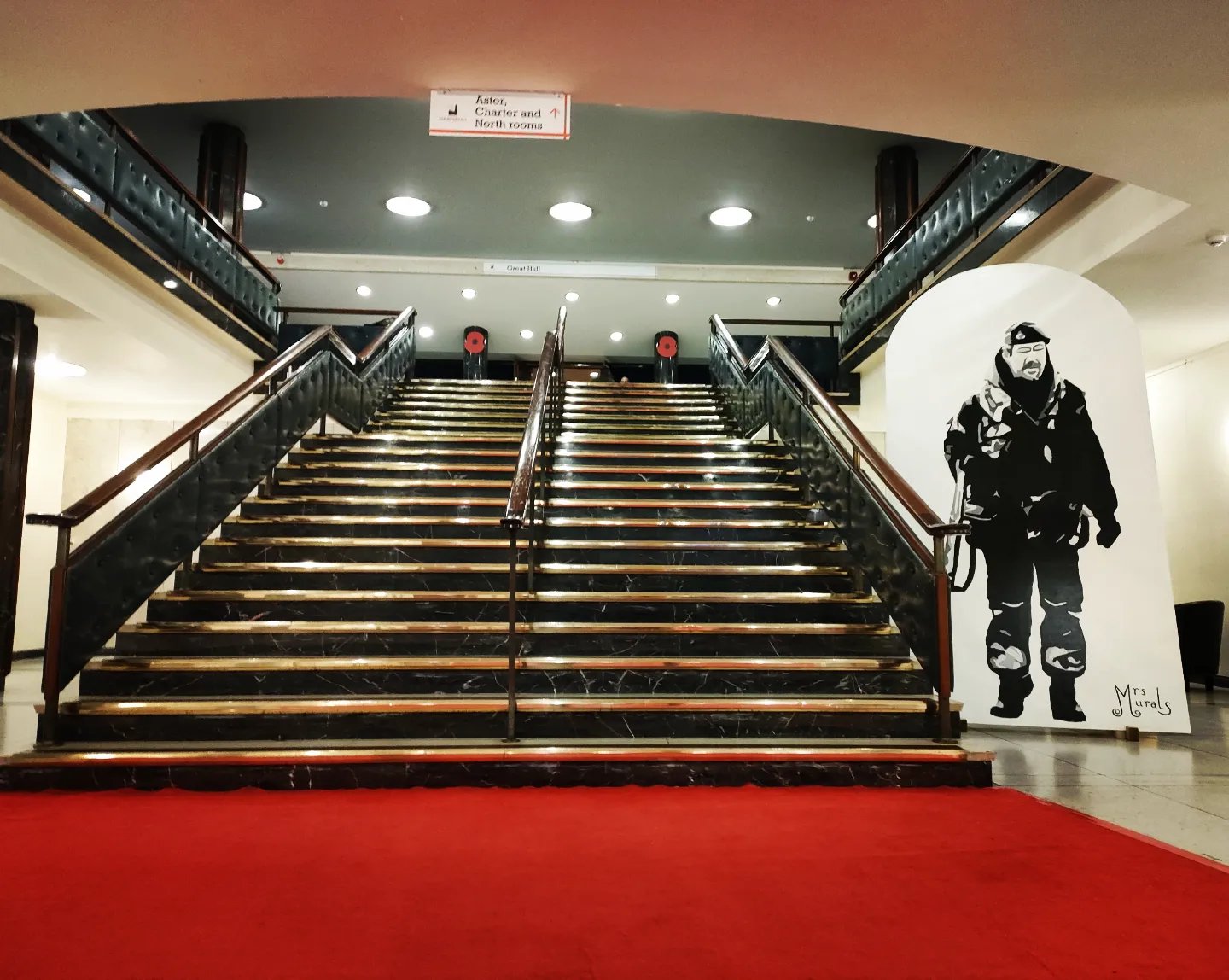 Mrs Murals said “As a resident of Plymouth it has been a real privilege to have been painting for our military city at such a beautiful location of Saltram. I’m so pleased that such a poignant place has been found for one of the paintings. ”