Fire crews are back at the scene of last night’s fire in Fore Street St Marychurch.

Fore Street has been closed and the aerial platform and another appliance are in attendance this evening, 10th May.

The road is closed between Petitor Road and Church Road. 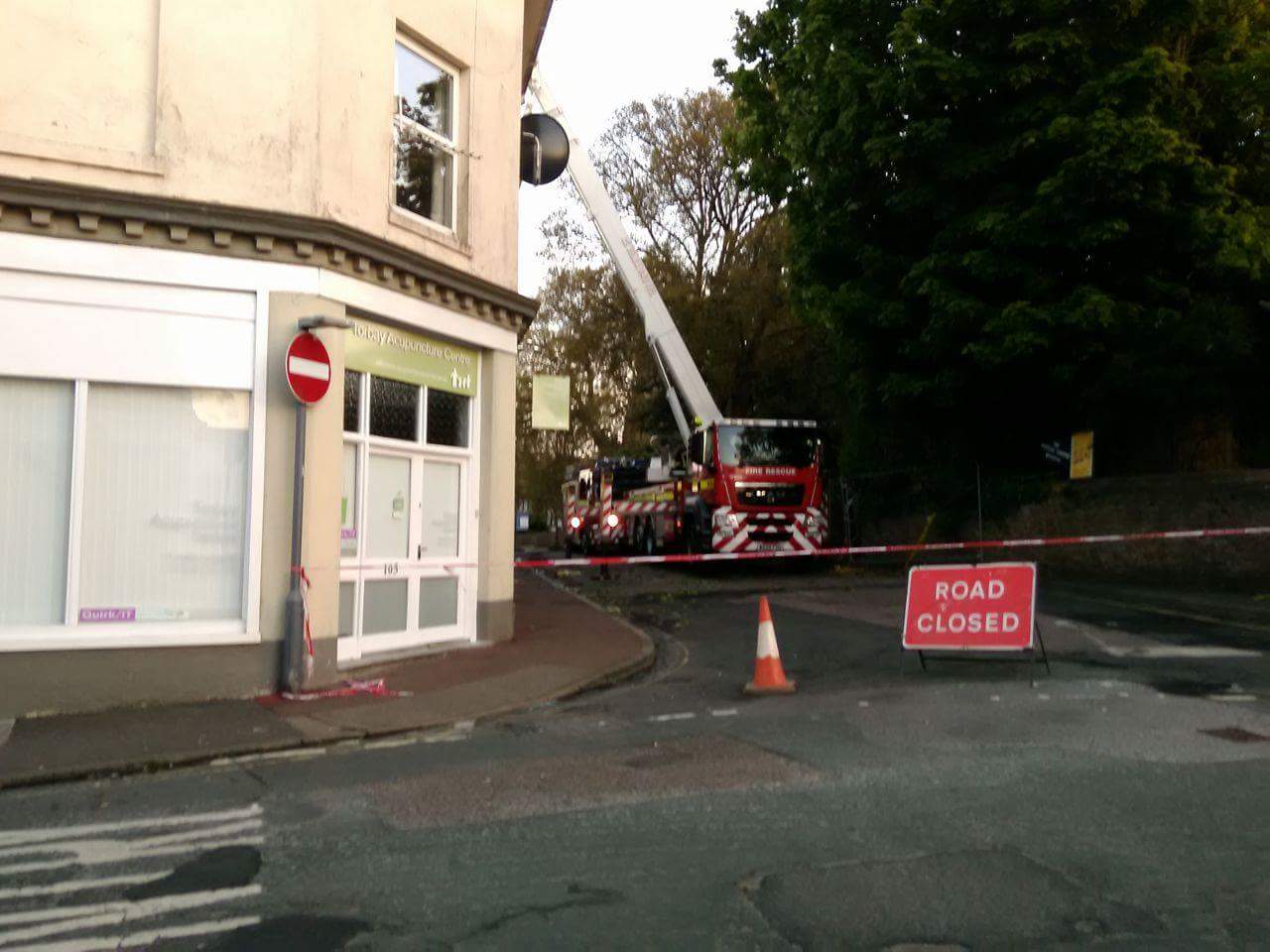 Emergency services were initially called to the blaze late last night with fire crews from across South Devon being mobilised to the incident.

Investigations have taken place throughout the day.

One man was taken to Torbay hospital last night with life-threatening injuries and was later transferred to Swansea Hospital.

Twelve residents were re housed by Torbay council from surrounding buildings near by.

Our Torquay reporter Jack Dart was at the scene last night