Firefighters worked throughout the evening after a fire broke out in a Newton Abbot chip shop last night, Saturday 22nd July.

The fire spread to other units at Haldon Rise in Buckland.

The fire service received multiple calls to alert them to the fire at around 7.45pm.
Initially, 3 appliances were mobilised to the incident, with another 3 attending over the evening. 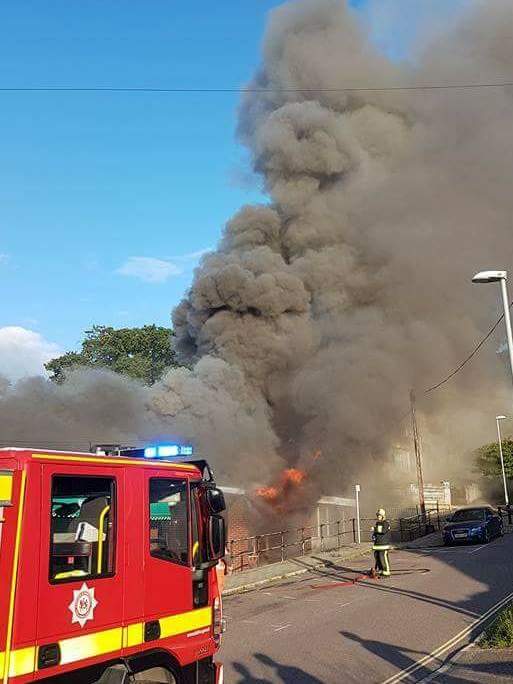 The Police also attended and cordoned off the area. Gas and Electric representatives also attended due to a ruptured gas main being involved in the fire. 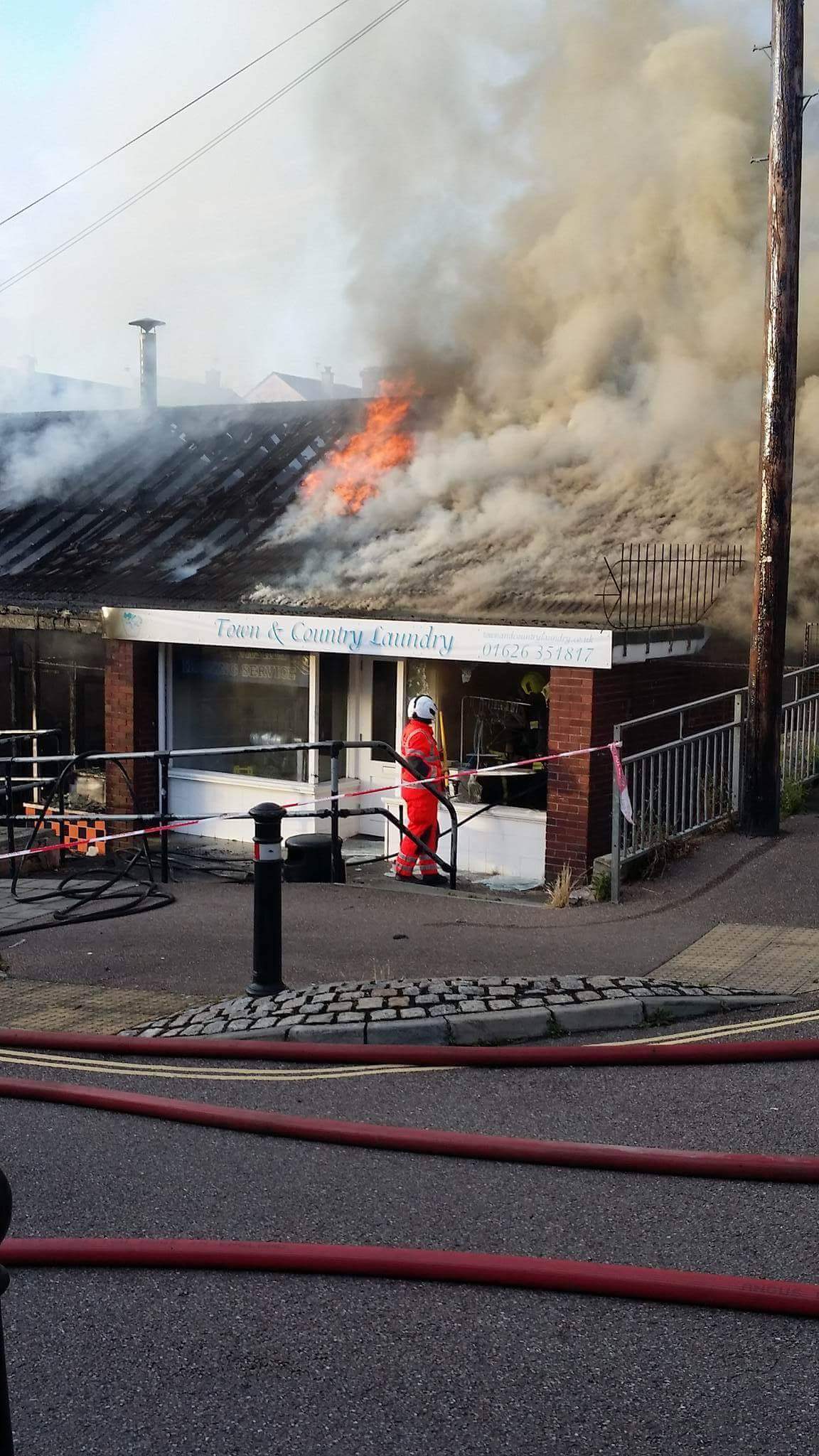 The fire has caused major damaged to 3 units and smoke damage to the others.
It is reported that the owner of the chip shop was injured in the incident, suffering from what is thought to be minor burns.