Fire crews were called to reports of smoke seen from a field near Harberton, Totnes in the early hours of this morning (Monday 16th May)

One appliance from Totnes was initially mobilised to the incident at a Christmas tree farm which involved a large consignment of timber on fire, followed by additional appliances from Totnes, Buckfastleigh, Plympton and Paignton.

On arrival crews confirmed there was a fire and requested an additional two fire engines as there was a large consignment of timber well alight. Two additional appliances from Totnes and Buckfastleigh attended the incident. 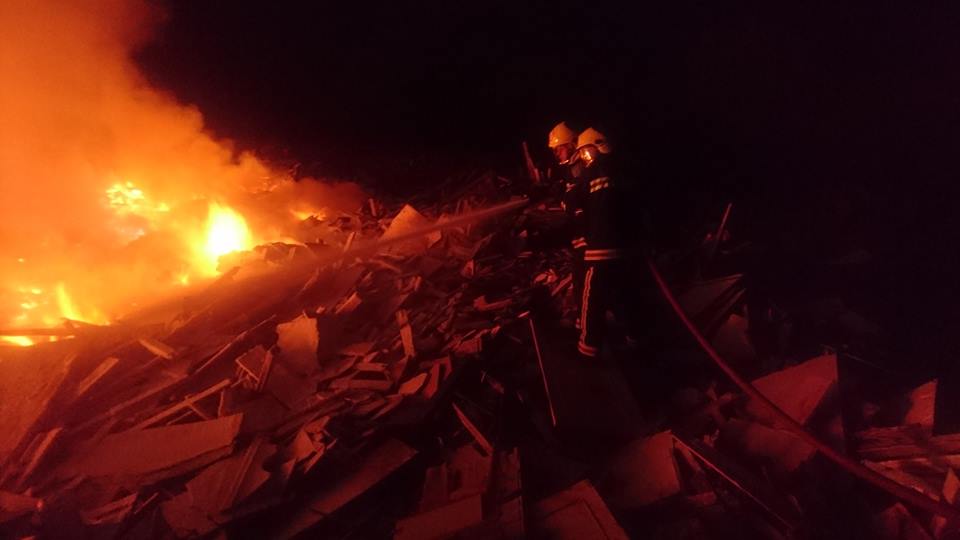 Advice from a hazardous materials officer was requested due to the products involved in fire at this incident.

A spokesperson for the fire service said:
“At 05:04 it was confirmed from the incident that this was an area of approximately 80m by 60m containing wood chip and biomass involved in fire and the incident had been sectorised and two compressed air foam jets were set up.

“08:00 The telehandler from the urban search and rescue team has been requested to attend.

“This incident is ongoing and it is believed that the fire service will be in attendance for a number of hours,”