The fire service was called to reports of a boat fire at Torquay harbour this afternoon, 26th May.

The fire service received several calls reporting the fire at around 2.30pm today. 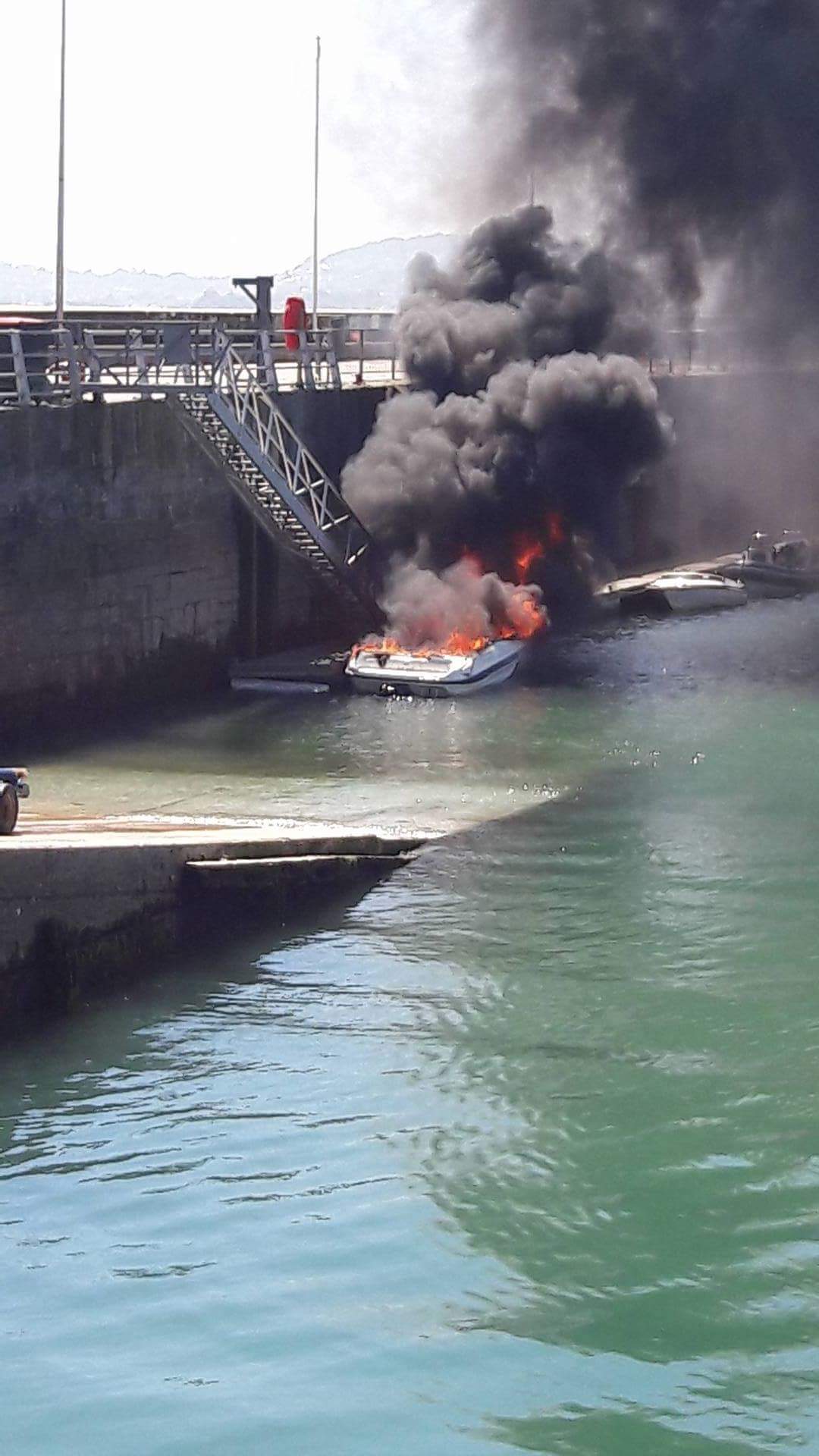 Devon and Somerset Fire and Rescue Service said on their website: “Crews used 3 hose reel jets, 1 main jet and 2 breathing apparatus to extinguish the fires. One speed boat was 90 per cent destroyed by fire and the other 20 per cent damaged by fire. The cause of the fire was accidental.

“Crews also assisted the Harbour Master in removing the boats from the Marina,”