Fire crews were called to reports of a fire at a property in Southcombe Terrace, Paignton this afternoon, Tuesday 10th March.

Several calls were received by fire control to report the fire just after 2.30pm.

2 fire engines from Paignton and 1 from Torquay were mobilised to the incident. 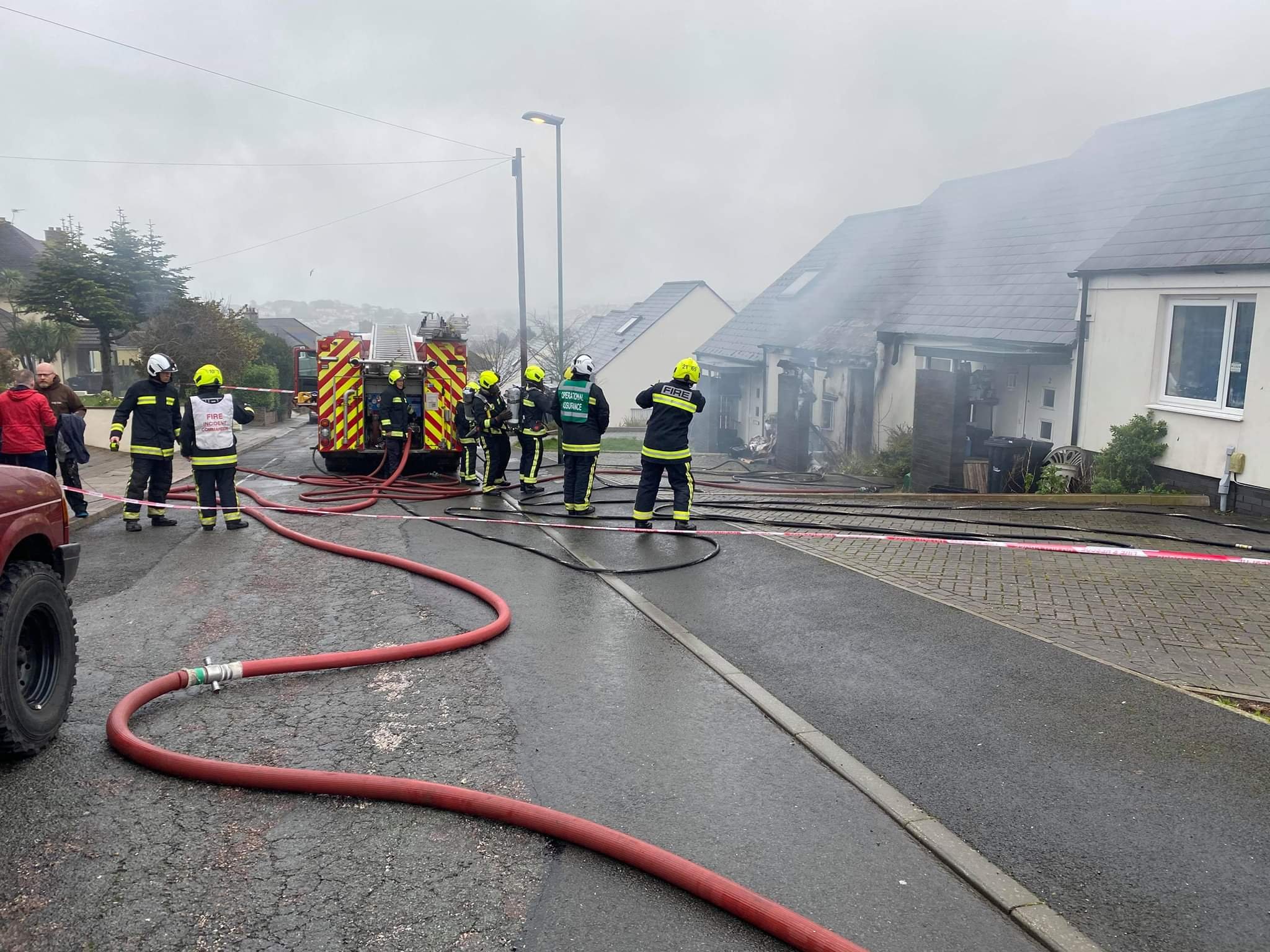 A spokesperson for Devon and Somerset fire and rescue service said: “Upon arrival, the incident commander confirmed a fire in the front of the property which they set to work extinguishing using breathing apparatus, hose reel jets, a thermal imaging camera, a safety jet, a covering jet and small tools.

“Crews extinguished the fire promptly and then ventilated the bungalow using a positive pressure ventilation fan.

“The cause of the fire is thought to be accidental which resulted in severe smoke damage and 50% fire damage to the property.”