Fire crews were called to a major blaze in Torquay in the early hours of this morning, Monday 30th March.

Crews from across South Devon, including Torquay, Paignton, Newton Abbot, Teignmouth and Bovey Tracey attended the fire at a disused block of flats on Hatfield Cross in the Ellacombe area of the town, just after 1am. 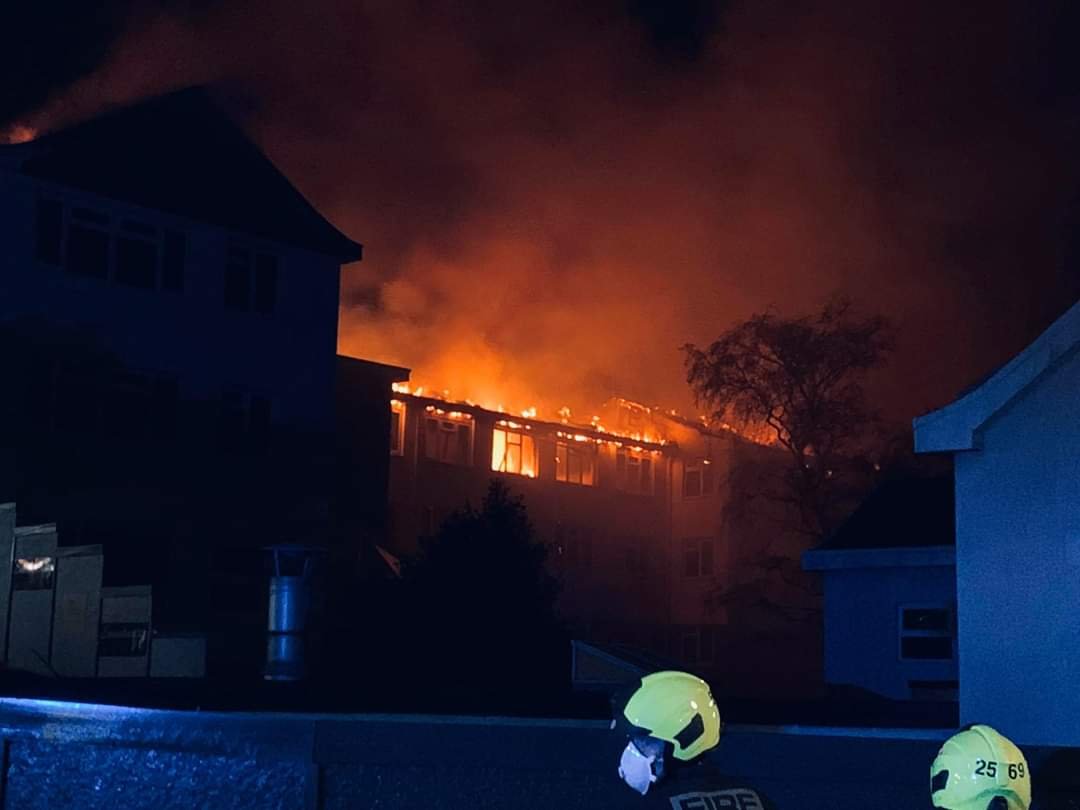 The flats have been empty for a number of years and had been fenced off.

Crews worked throughout the night. The fire had spread from the first floor to the roof, with crews using 6 jets to fight the fire.

Flames and smoke could be seen across the town. 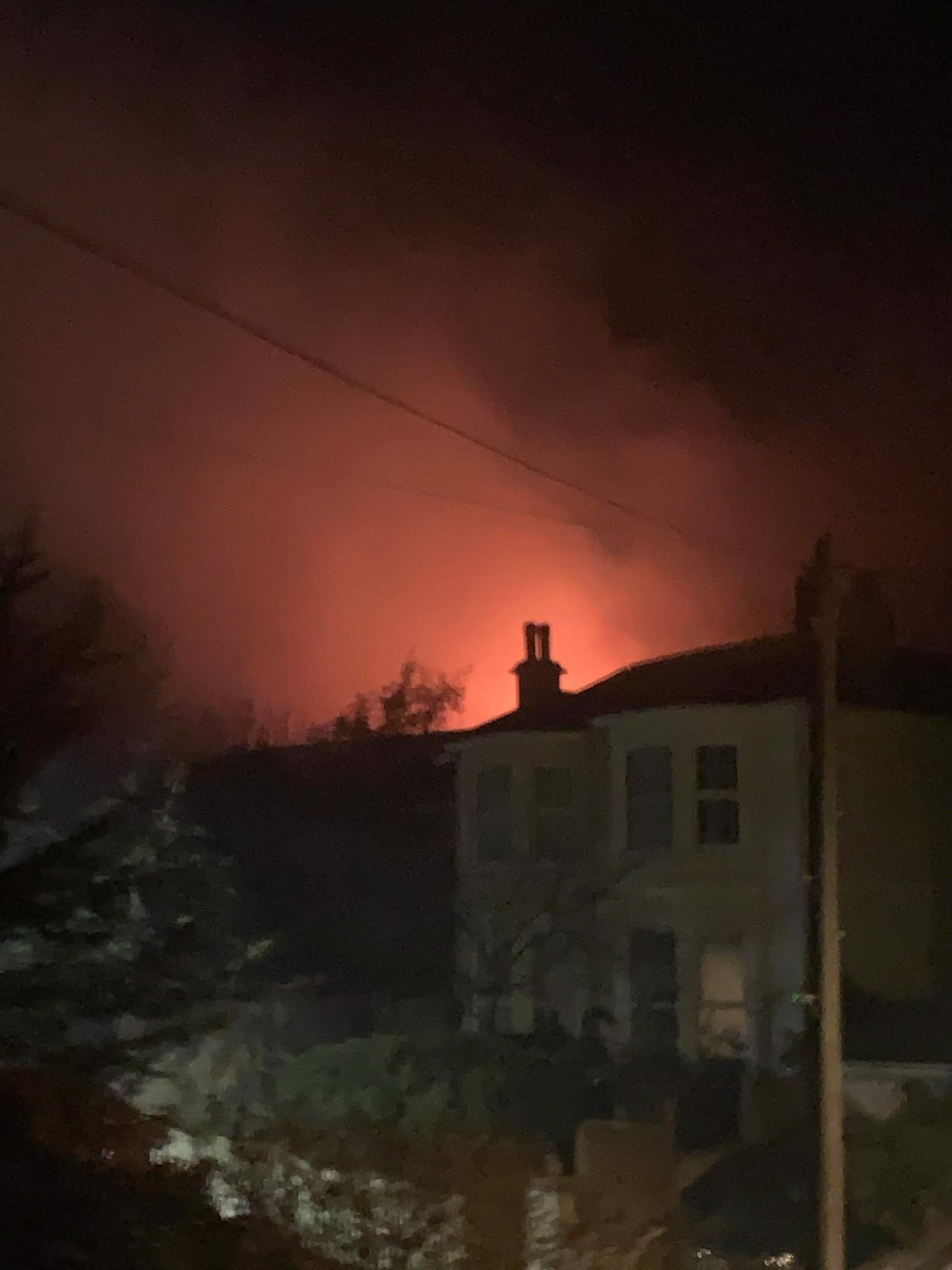 It is not currently known how the fire started.