Fire crews were called to reports of a fire at a derelict property in Newton Abbot earlier this evening.

The service received reports of a fire just after 6pm at an unused building on Bradley Lane. 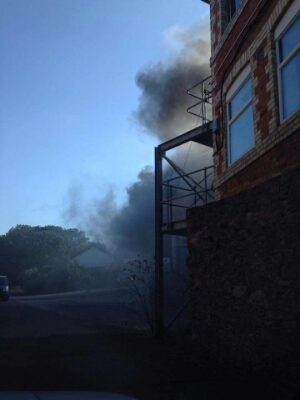 Near the scene of the fire

The fire service have stated that cause of the fire was deliberate.