Fire crews called to a fire at a property in Newton Abbot earlier today, 12th February.

Two fire engines from Newton Abbot were initially mobilised to reports of
smoke coming from the windows and roof from a house in The Warren. 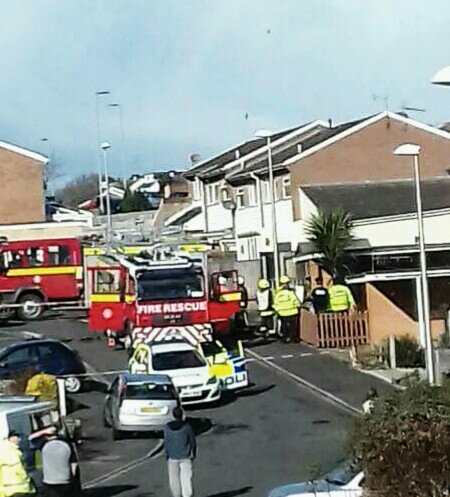 Another unit from Torquay was mobilised to the incident as there was a possibility that not everyone had been accounted for.

Devon and Somerset Fire and Rescue Service said on their website: “At 11:49 the incident commander confirmed all persons were accounted for and the fire was located in a first floor cupboard. Breathing apparatus wearers were discontinued and 2 hose reel jets were used while the crews started cutting away.

“At 12:12 the incident commander confirmed the fire out and no further resources were required. The fire took place in a first floor airing cupboard which was extinguished using 2 hose reel jets, breathing apparatus, a safety jet and small tools. There was 25% damage by fire to the first floor and 75% smoke damage