Fire crews from across the area attended an embankment fire near Goodrington, Paignton yesterday 8 June.

The incident happened by Saltern Cove around 4.15pm. Two fire engines initially attended, with further appliances from Paignton, Torquay, Brixham, Ivybridge, and Totnes also being mobilised to the scene. A railway water bowser was also on scene to assist with extinguishing the fire.

Smoke could be seen from around Torbay. 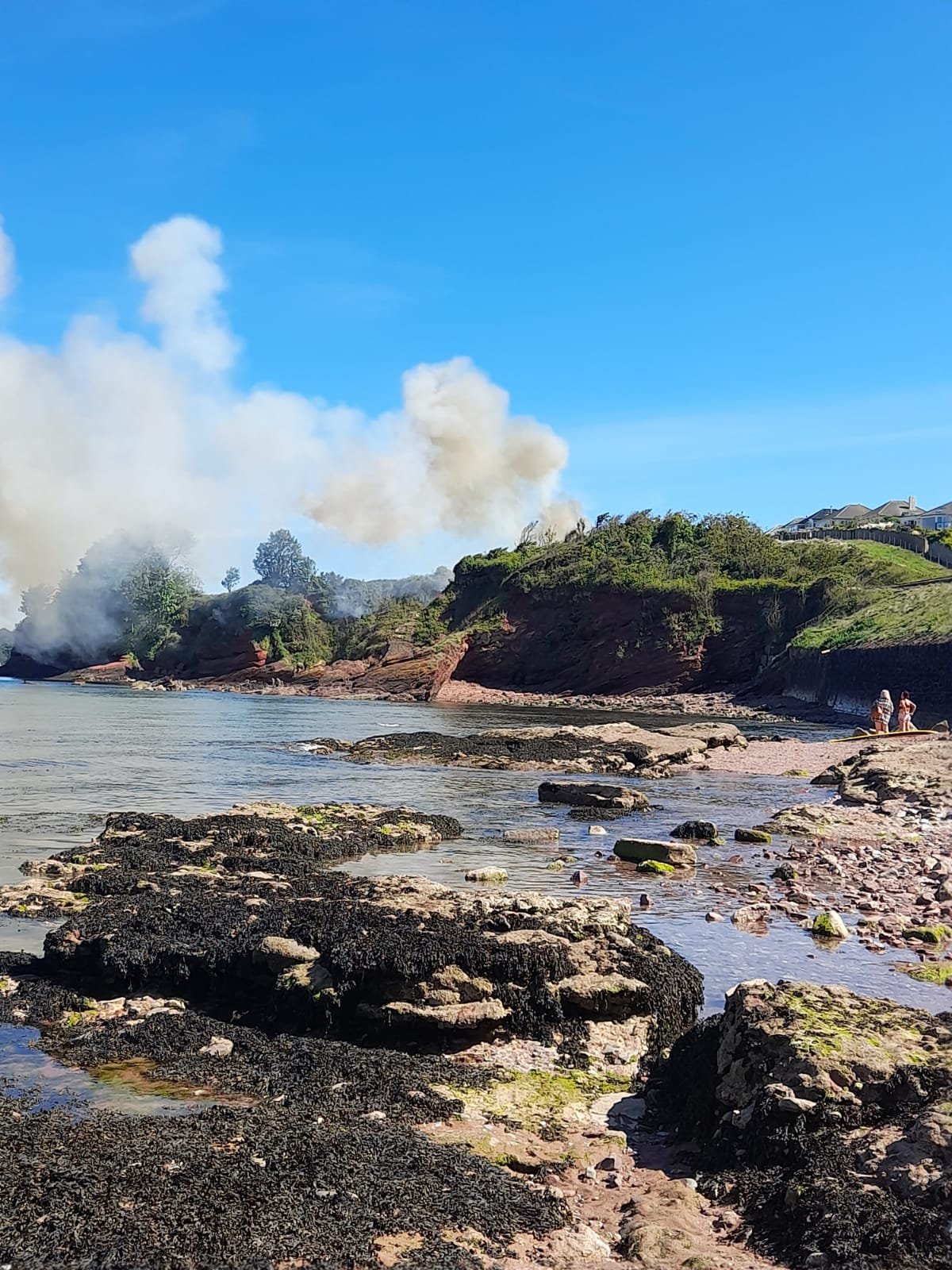 The fire is believed to be accidental.