The fire service have said that ‘steady progress’ is being made tackling a blaze at Torquay’s harbourside.

The fire service was alerted to the fire on Victoria Parade just after 11am this morning,Monday 29th October. 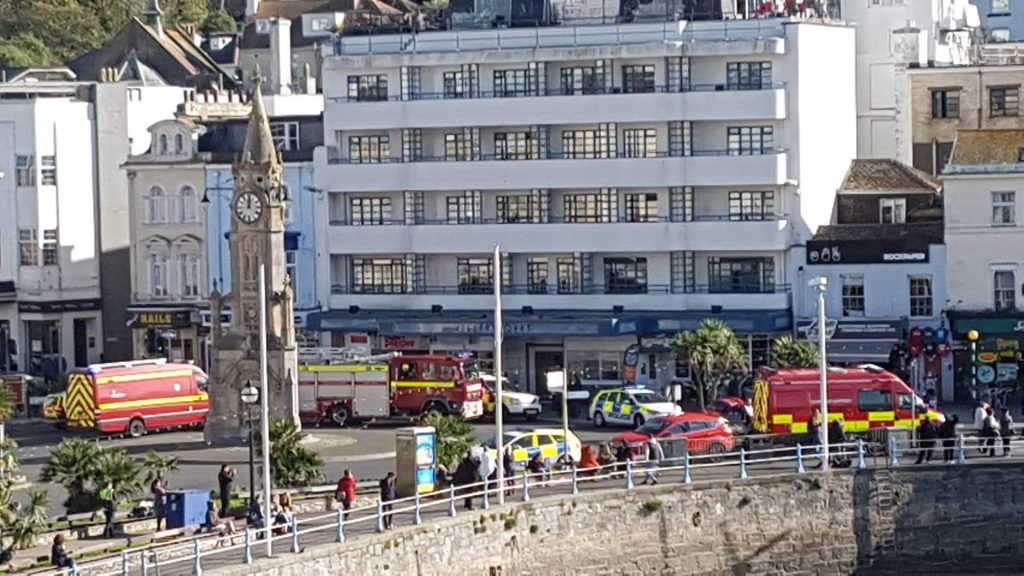 Initially, two fire engines, one from Torquay and one from Paignton were sent to the incident. Due to the amount of calls, another was sent from Paignton.

Other appliances from Newton Abbot, Teignmouth, Totnes and Brixham were also mobilised to attend.

Devon and Somerset Fire and Rescue service said on their website:
“The fire is involving a building of three floors that is used as a commercial premises.  Fire crews are making steady progress tackling the blaze,”

Police are also at the scene.

The road is closed. 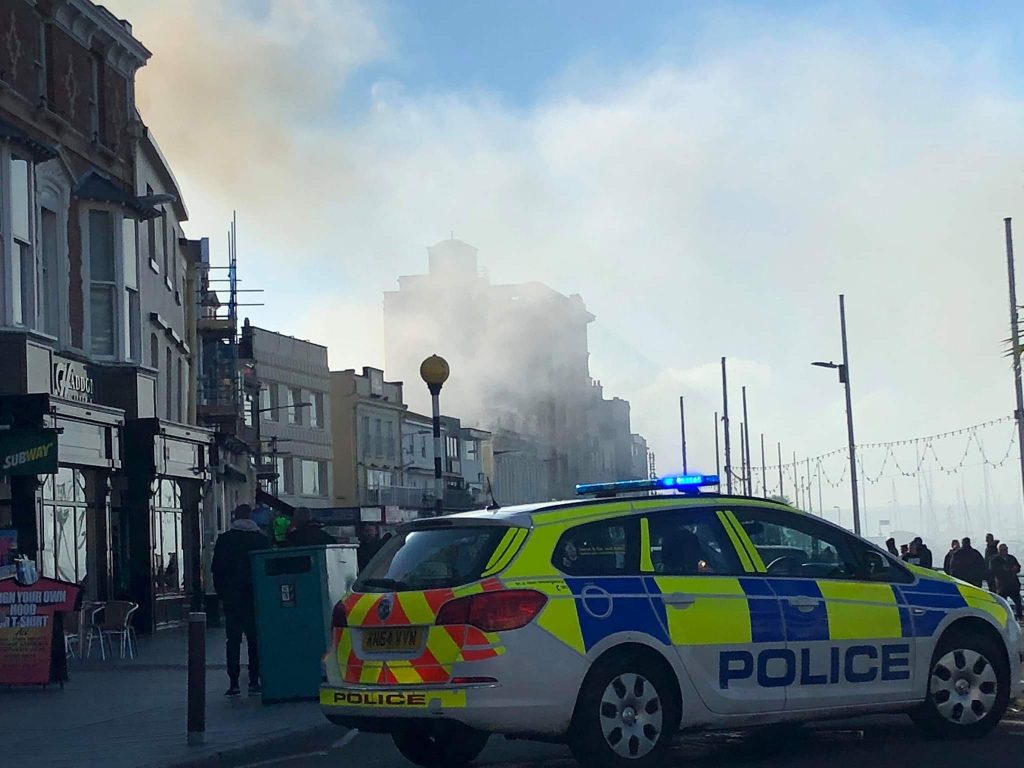 #Torbay Due to a fire the fire service have closed the harbour area of torquay to all large vehicles. All services are being diverted there are staff on site to assist and answer all questions