The fire service was called out to a cat stuck up a tree in the Shiphay area of Torquay today, 6th April.

The cat is reported to have been there for 2 days and despite attempts by Owen Bing of local charity Feline Network Cat Rescue, the cat could not be coaxed down. 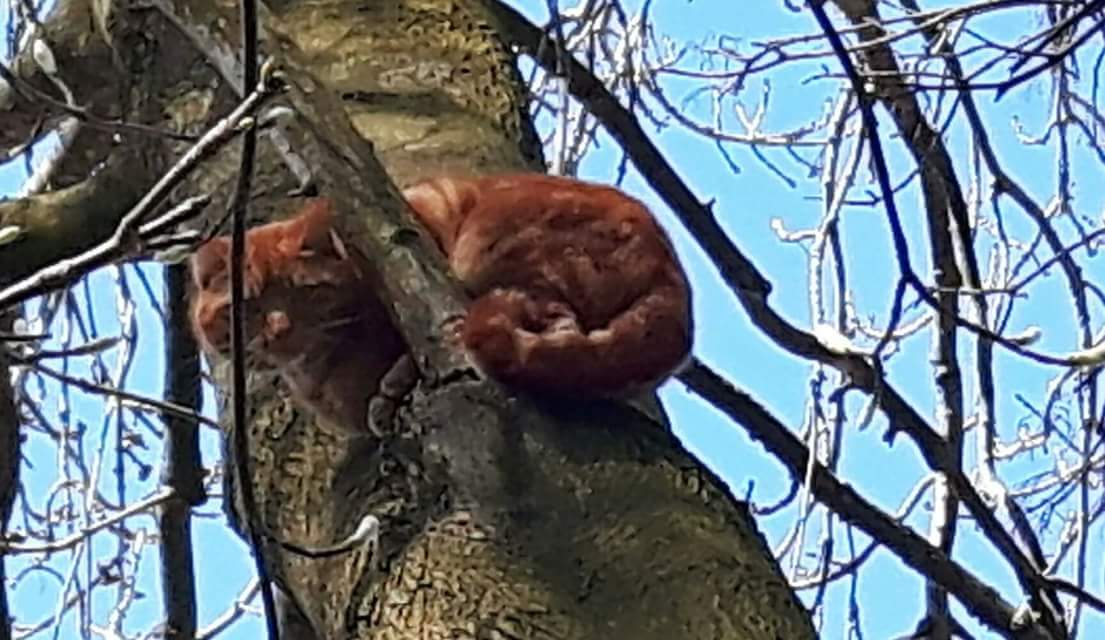 The cat is reported to have been stuck for 2 days

The RSPCA also attended and requested the attendance of the fire service.

One fire engine from Torquay was mobilised just after 3pm.

Fire crews used a ladder to reach the cat who is reported to have ran off – hopefully home.