The fire service have confirmed that no one was inside of the Rainbow Funhouse which caught fire today, Thursday 14th February. 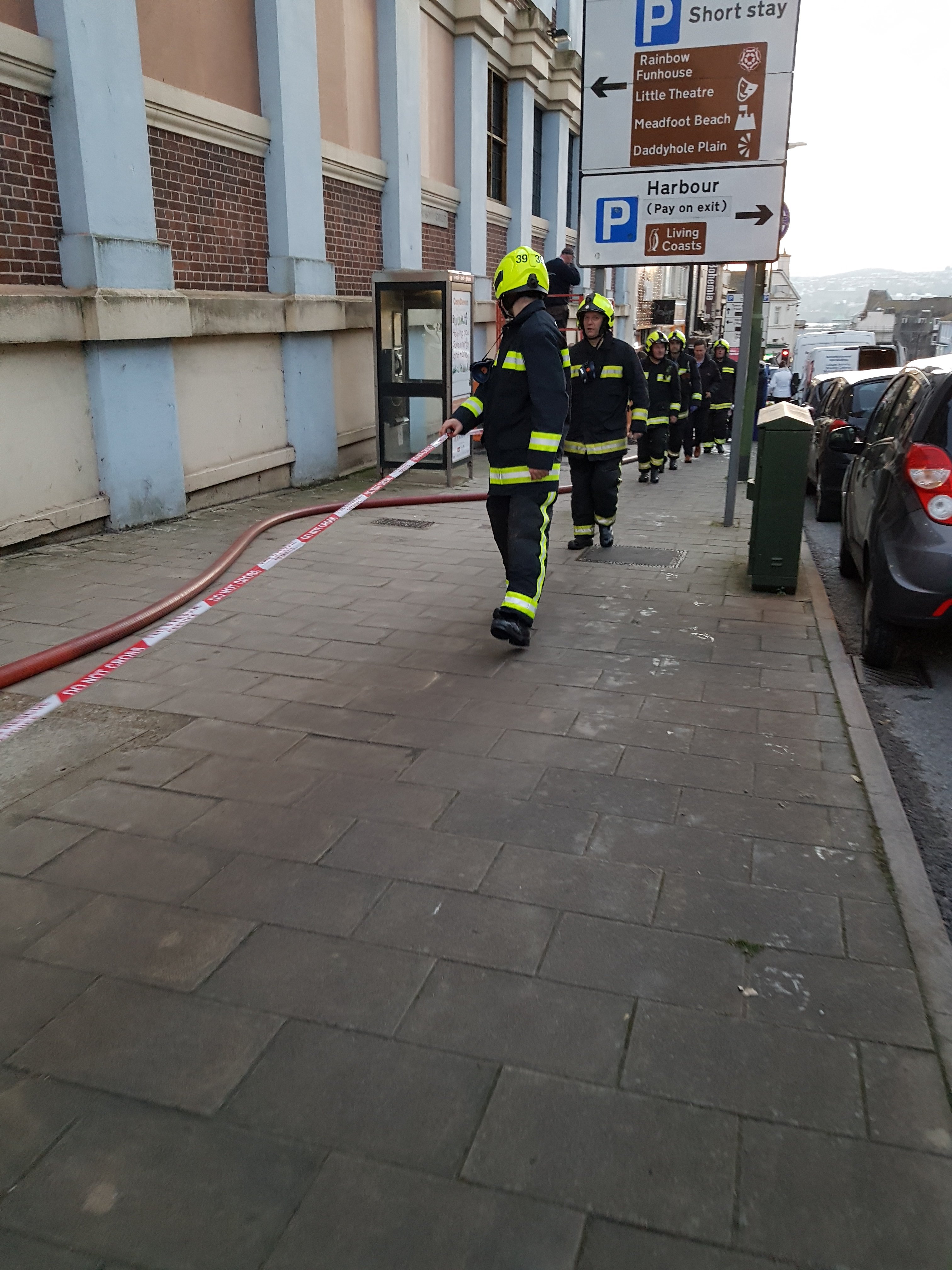 Emergency services were called reports of a fire at around 2pm. 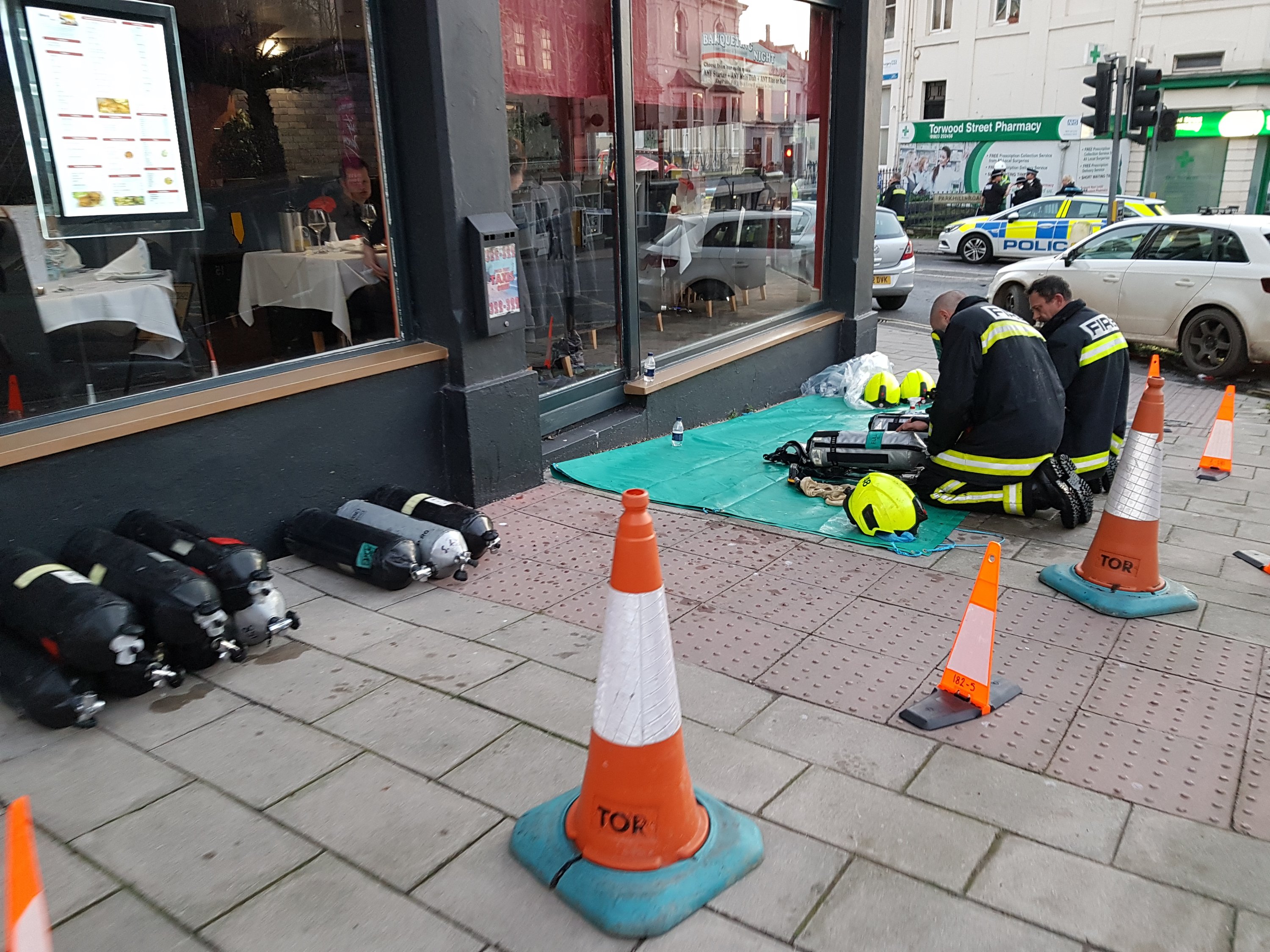 Fire crews and police remain at the scene of the fire this evening, with the aerial platform still in use to fight the blaze im the roof space.

Fire engines from Newton Abbot, Paignton, Teignmouth and Newton Abbot along with a command support vehicle from Totnes and an Aerial Ladder Platform from Danes Castle attended the incident at the old church on Torwood Gardens Road.

The area is cordoned off to pedestrians and vehicles. 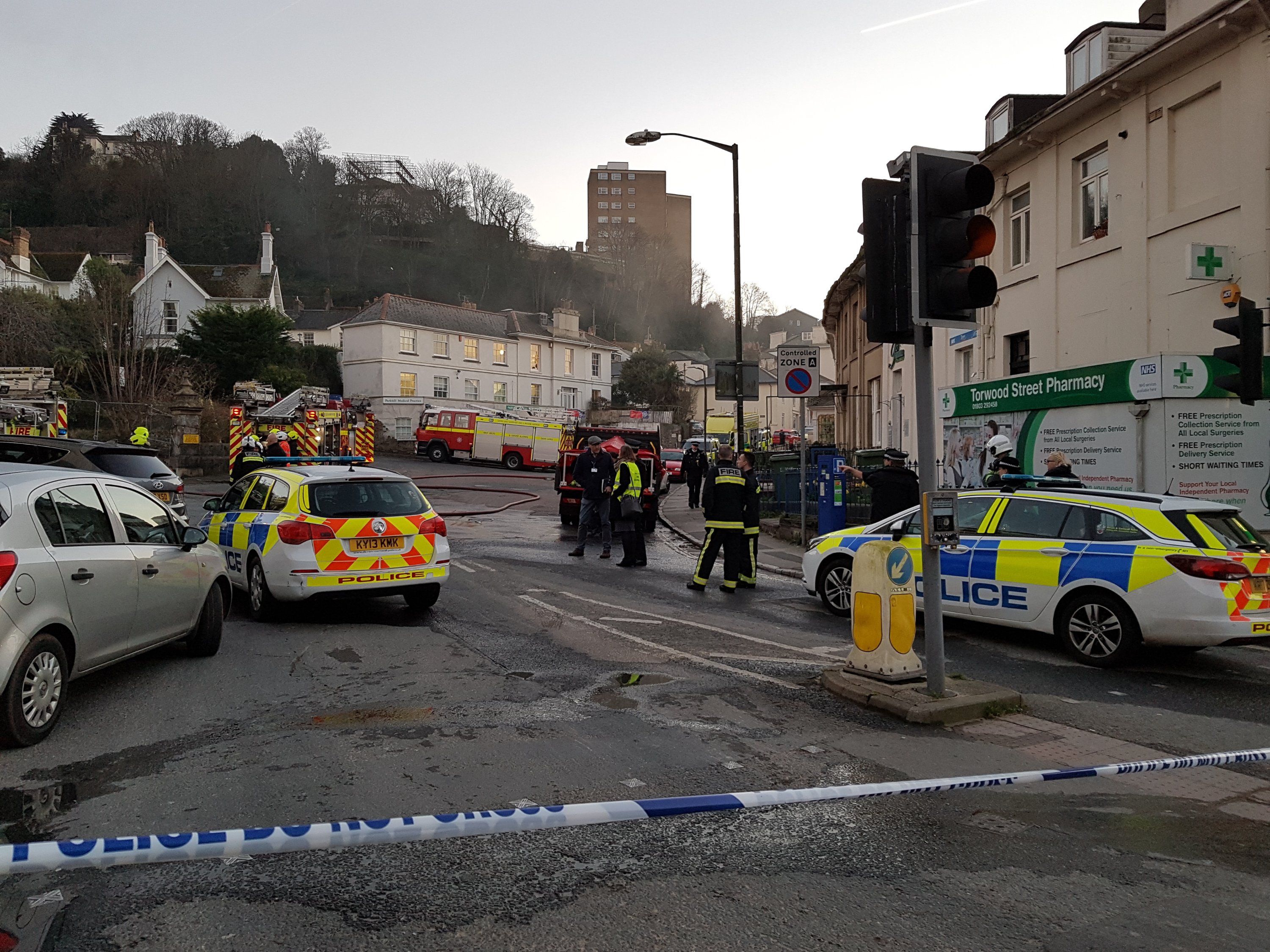 A spokesman for the fire service said: “Crews have confirmed there were no people inside the building. The fire is in the roof space of the building which has difficult access. Because of this, crews are using a fog spike from the Aerial Ladder Platform,” 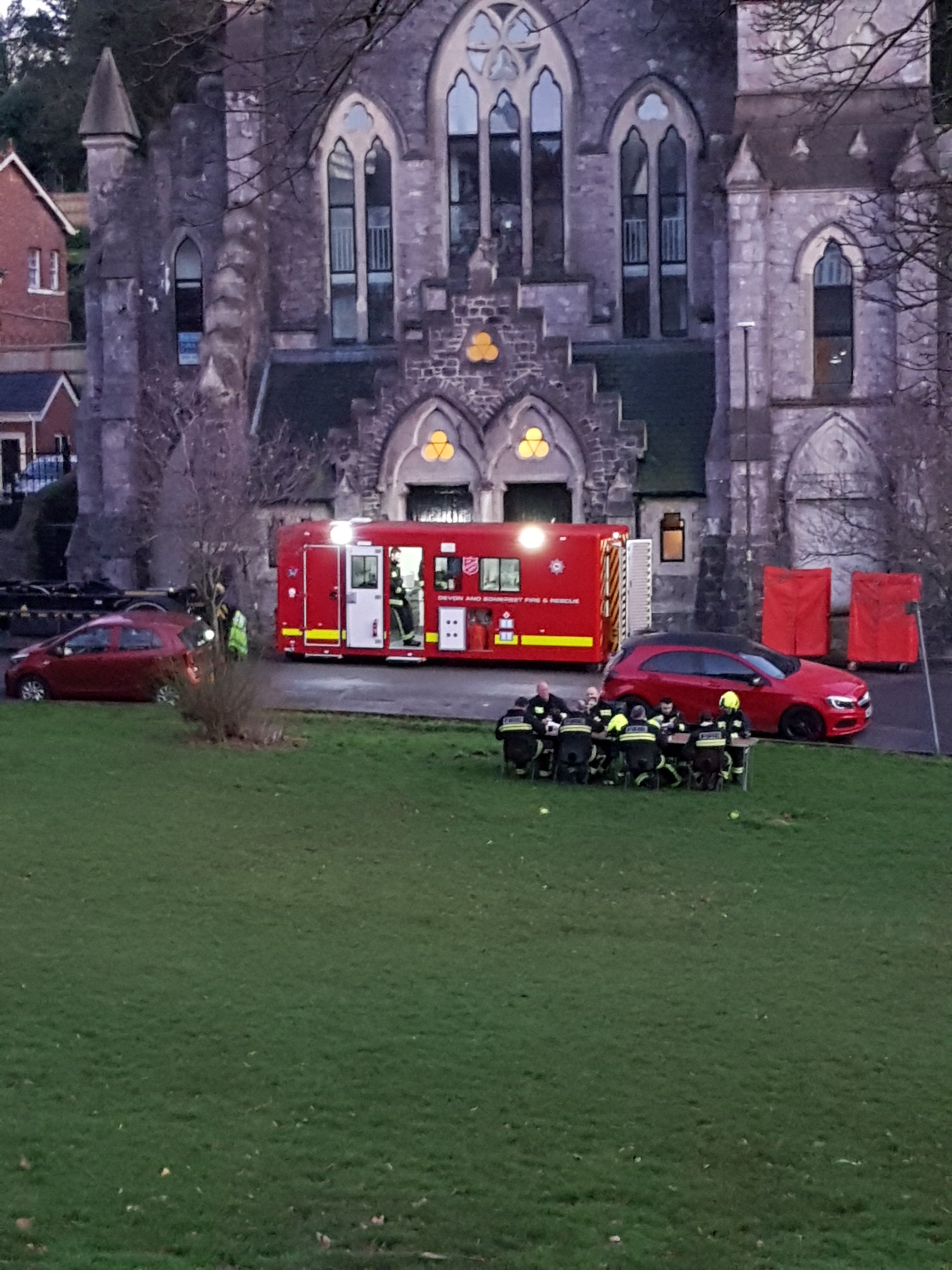 You can view the live video from our Facebook page here.