Update:
A Spokeperson for Devon and Somerset Fire and Rescue Service said:
“Fire control received several calls reporting a possible property on fire. Two Fire Engines from Paignton were initially sent, but due to the number of calls received, Control sent a further engine from Torquay.

Emergency services are at the scene of a fire in Paignton.

Fire crews and police are at the scene of the incident on Keysfield Road in the Roundham area.

Keysfield Road has been closed.

People in the area have stated that a caravan is on fire, this has not been confirmed.

Smoke could be seen from across Paignton.

 Updates as we get them. 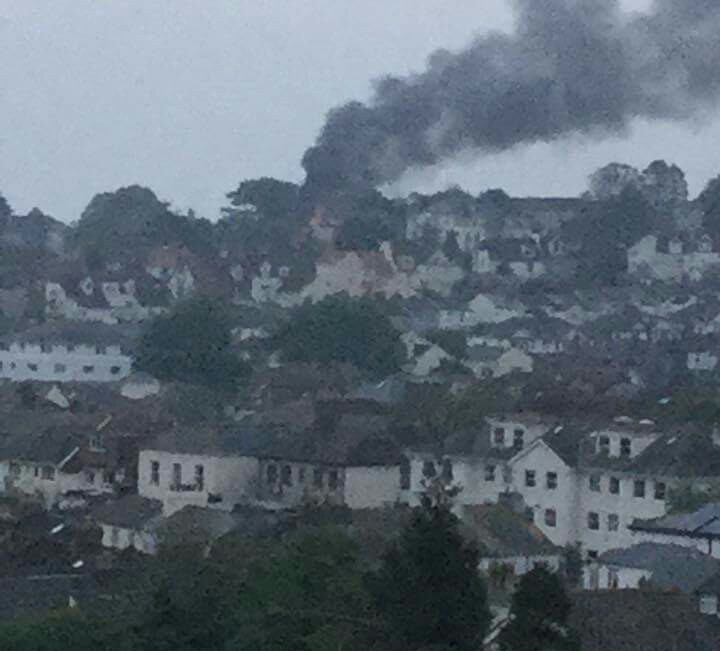