A fisherman was rescued from Hopes Nose in Torquay earlier today, 13th February after he broke his leg.

Emergency services were called to scene at around 11am.

Coastguard and ambulance crews were assisted by the Coastguard helicopter R187 due to the location. 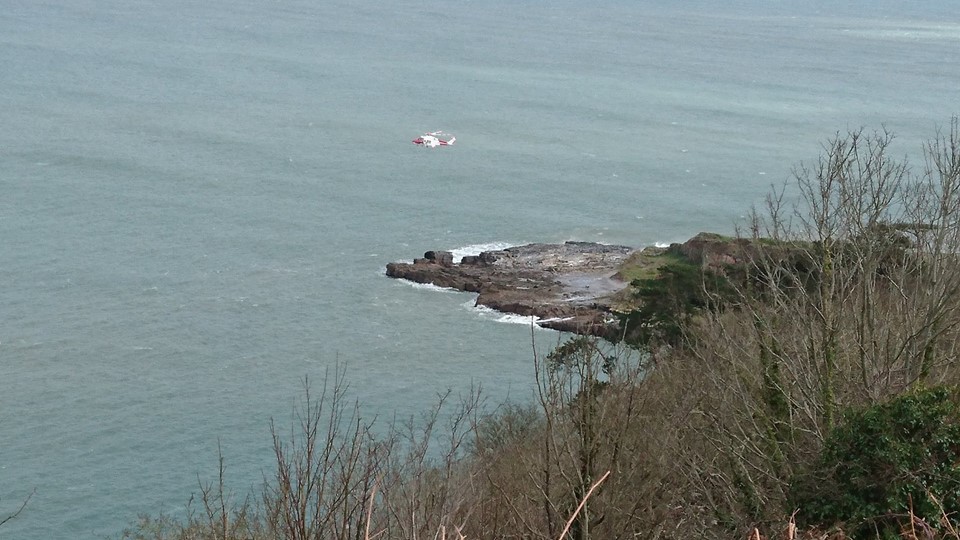 The man was airlifted to nearby Daddyhole Plain where he was transferred to an ambulance and taken to hospital.

Torbay Coastguard said on Facebook: “We were tasked by Maritime and Coastguard Agency to assist South Western Ambulance Service NHS Foundation Trust with a fisherman who had broken his leg on Hopes Nose. Team members first on scene assessed the situation and due to the swell and the casualties injuries requested R187 to air lift the fisherman to Daddyhole Plain where team members could transfer him into an ambulance,”