A flat in Torquay has been severely damaged by a fire earlier today, Sunday 11 July. 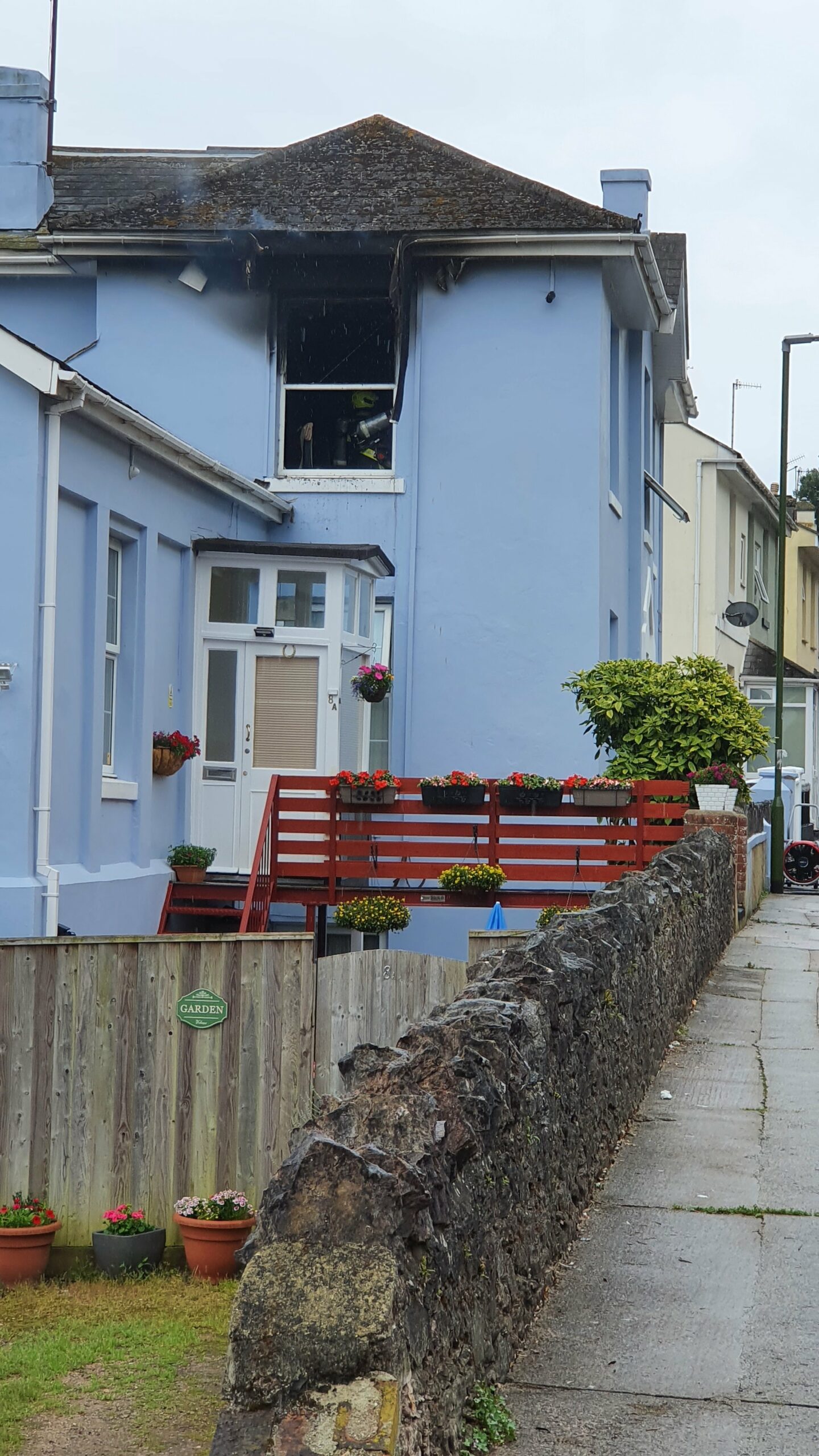 The area was cordoned off whilst the incident was dealt with.

All persons were accounted for.

A spokesperson for Devon and Somerset fire and rescue service said: “Upon arrival crews confirmed smoke issuing from a first floor flat and got to work to extinguish using 4 breathing apparatus, 1 hose reel jet, 1 short extension ladder and 1 safety jet. Shortly after, crews confirmed that all persons were accounted for and crews were now dealing with multiple seats of fire within the building.

“The fire has now been extinguished by crews. Positive pressure ventilation fans are in use to clear the smoke from the property.

“The first floor suffered 40% damage by fire and the roof was 10% damaged by fire.”