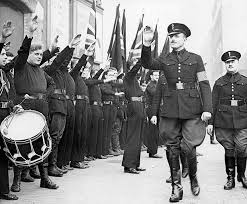 “Fascism is an effort to mechanise humanity and cause men and women to become no more than cogs in a machine. Nazism and Fascism will lead us back to the condition of things which existed in the Dark Ages.” Torquay’s Henry Purkis in 1936

Torquay has long had an association with far right activists and groups. 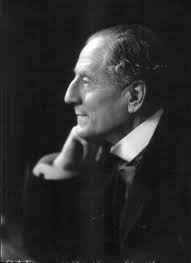 Our first contact with the new ideology of Fascism was through Charles Rosdew Burn, first elected as Torquay’s Conservative MP in 1910 and serving for the next 13 years (pictured above). Alongside his membership of the Conservative Party, Rosdew Burn joined the British Fascisti on its formation in 1923 and sat on its nine man Grand Council. Though the Fascisti were inspired by Mussolini’s March on Rome – adopting a blue shirt and beret uniform – they were seen as an adult version of the Scouts. Indeed, the Fascisti weren’t perceived as a threat by other political parties. They acted as stewards at Conservative Party meetings and canvassed for Tory candidates. Even at their peak in 1926 the British Fascisti only had a membership of a couple of thousand.

By the early 1930s the party had been eclipsed by Oswald Mosley’s British Union of Fascists (pictured) and in 1933 a BUF fighting squad wrecked the British Fascisti’s London offices. The British Fascisti struggled on but were declared bankrupt in 1934.

In contrast, Mosley’s British Union of Fascists, launched in 1932, initially made some progress and claimed 50,000 members. However, the BUF’s violence alienated many potential supporters and membership decreased – by 1935 it was below 8,000. In comparison, the membership of the democratic parties far outnumbered those of the extreme right and the communists – Conservative Party membership stood at over 1,200,000 while Labour Party membership was more than 400,000. 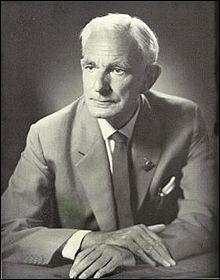 One local notable activist in the BUF was the editor of local newspapers, the Torquay Times and the Torquay Directory. This was AK Chesterton who came to Torquay in 1929 to work in the local media as editor of the Torquay Times and then became active in the Torquay Citizens Defence League. Violently anti-Semitic, he joined the British Union of Fascists in 1933, and in 1937 published a sympathetic biography of Oswald Mosley: ‘Portrait of a Leader’. However, Chesterton (pictured above) came to see Mosley as too liberal and he left the BUF to found the National Socialist League in 1938. Another BUF member who defected along with Chesterton was William Joyce – Lord Haw-Haw – who was hanged for treason in 1946. After the war Chesterton remained active in extreme right-wing organisations, and eventually formed the National Front. 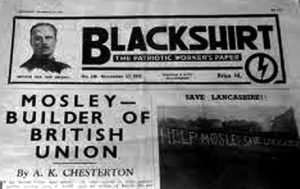 In Plymouth the BUF was 1,500 strong but the Torquay branch at its peak only had 34 members. To garner support, in October 1936 the BUF held a public meeting in Torquay’s Castle Chambers. Over a hundred people heard the Blackshirt’s Organiser Lt Col HE Crocker inform the audience of how, “Fascists were true patriots and lived up to their mottoes, chief of which was Britain for the Britons.” The Lt Col moved on to the topic of Press freedom: “The Blackshirts would not tolerate the licence extended today to the rag publications of the political left, with their scurrilous cartoons and libels on the Royal Family The Press will be required to tell the truth. There would be a law of libel against the state.” 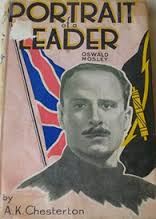 We’ll never know the real strength of the BUF as the party, ‘ always dismissive of democracy ‘, never stood in a General Election. Certainly there wasn’t much organisational support in the Bay. It took M Collins for the British Union of Fascists and National Socialists to write letters to the Torquay newspapers from their headquarters in London explaining Fascist policy. These letters disguised nothing about the vicious anti-Semitism of the movement: “All Jews, whether foreign-born or English-born, will be regarded as foreigners under Fascism, and will be treated as such. Those Jews that do not put British interests first will be deported as undesirable aliens.”

Local democrats and members of our Jewish community clearly saw the danger represented by the BUF. Michael Silver of Paignton condemned the Fascists for “Jew-baiting” and “a scurrilous attack on Jews”. 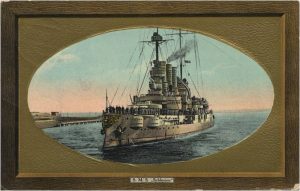 Accordingly, many local people were well aware of the true nature of two visitors to the Bay who arrived in April of 1937 – the German Ambassador Joachim von Ribbentrop and the Nazi battleship SMS Schlesien (pictured above). They were here to meet local dignitaries as part of von Ribbentrop’s charm offensive. Presumably local Fascists were among the crowd of 300 who met the Nazi party at Torquay Station. The visitors were then driven to a reception at the Marine Spa, now Living Coasts. The crew of the ship later went on to play Torquay United in a testimonial match. There’s a photo of the sailors giving a Nazi salute just before the game – United won. Both Ribbentrop and the Schlesien had long careers but neither survived the war – Rippentrop was found guilty at the Nuremberg War Crimes Trial and executed in 1946, while the Schlesien was sunk by a mine in 1945. 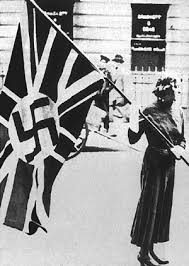 Including civilian deaths, the Second World War killed between 50 million and 80 million people. At the end of the war Fascism had been overcome and most thought that the ideology had been destroyed. Yet, after 1945 the British far right slowly came back to life. 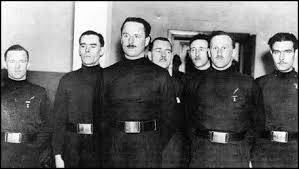 During the conflict the BUF had been banned outright by the government with Mosley, along with 740 other Fascists, being interned. After the war Mosley resumed his leadership position by forming the Union Movement in 1948. One unreformed BUF and Union Movement activist was Torquay’s Sidney Proud who claimed to have fought with the Falange during the Spanish Civil War. Along with Mosley, Proud was interned. On his release, he travelled to Spain where he opened the Spanish Travel Office which offered “affordable holidays in sunny Spain”. These vacations were very popular with Union Movement members who could wear their banned Blackshirt uniforms in public. Proud’s company also operated as a front for a currency smuggling operation, run with his tour guides which included prominent Union Movement figures. 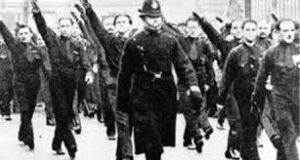 In 1955 Proud utilised his links with the surviving families of Nazi leaders to invite Adolph von Ribbentrop (son of Joachim von Ribbentrop) and Gudrun Burwitz (daughter of Heinrich Himmler, the architect of the Holocaust) to Britain. During her stay, Burwitz spoke at Union Movement meetings and told those present that, her father was “a great man, a very misunderstood man whose reputation had been destroyed by the Jews”. She later remembered that “I got to know many fascists there”. In one photograph Proud can be seen leading Burwitz and von Ribbentrop in singing the Horst Wessel Lied, the Nazi Party’s anthem. Burwitz showed her appreciation by presenting Sidney Proud with a photograph album depicting her father and Hitler together. This album was acquired in the 1960s by Yad Vashem, the Jewish people’s memorial museum to the victims of the Holocaust in Jerusalem.

However, the visit caused Burwitz, 26 at the time, “terrible embarrassment” and she lost her job as a dressmaker’s apprentice. Before anyone feels sympathy, Burwitz was no innocent. She never renounced Nazi ideology and repeatedly sought to justify the actions of her father. She was a member of Stille Hilfe (Silent Help), an organisation providing support to former SS-members, including Klaus Barbie of the Lyon Gestapo, and Martin Sommer, the ‘Hangman of Buchenwald’.

Her host, Sidney Proud, later fell out with Mosley. This wasn’t connected to ideology, however. Proud’s daughter was in a relationship with Alexander Mosley, the son of Oswald Mosley and Diana Mitford, which caused the dispute. Proud left the Union Movement and joined the National Socialist Movement, which was formed on 20 April 1962, Hitler’s birthday. 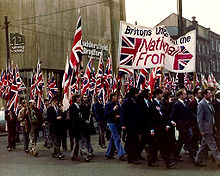 There may be something about Torbay. Using the Bay as a base, a number of far-right groups have based themselves in our three towns and have attempted to organise across the South West – the National Front in the 1970s, the British Movement and the Patriotic Forum in the 1980s, and the British National Party more recently. All have failed to make much of an impact.