From Torquay to Israel 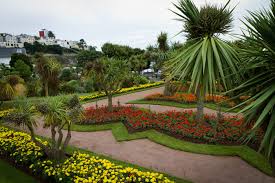 If you ever find youself in the city of Haifa in Israel and it all looks a bit familiar, this is why.

Haifa is the international headquarters for the Baha’i faith which began amid persecution in Persia in the mid-19th century. Baha’is believe in the unity of all religions. They hold that messengers of God – like Moses, Jesus and Muhammad – have been sent at different times in history. Their doctrines may vary to fit changing social needs, but they bring substantially the same message. 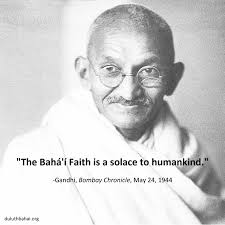 Shoghi Effendi (1897-1957) was head of the Baha’i faith from 1921 until his death. Referred to as ‘The Guardian’, he held the authority to interpret the writings of the three central figures of the religion and to define legislative authority. 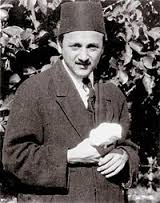 Early in his life, Shoghi Effendi (pictured left) visited Torquay. From the autumn of 1920 through to December 1921 he was a student at Balliol College, Oxford and he spent some of his time travelling.

During his Torquay visit he admired Babbacombe Downs and Kings Gardens by Torre Abbey, and is said to have got the idea for the red sandstone paths at Haifa’s Bahá’i World Centre from those he saw in Torquay. 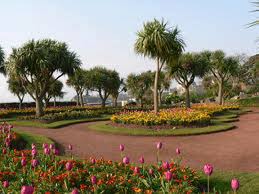 On his visit to the Bay, he saw, “a park with deep red-coloured paths… that impressed upon his mind the beauty of red paths and green lawns and ornamental vases in conjunction and inspired him years later to duplicate them in his own beautiful gardens at Bahji and on Mount Carmel.” 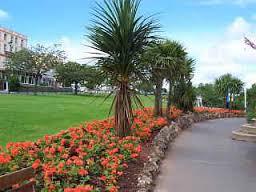 The Baha’i Shrine and Gardens is Haifa’s most striking landmark, located on the edge of the city centre. Between 1948-53, Shoghi Effendi oversaw a major enlargement to the shrine designed in the neo-classical style by architect William Sutherland Maxwell. Pictured below right, it is the second holiest shrine of the Baha’i faith and the gardens, completed in 2001, are a memorial to the founders of the Baha’i faith and pilgrims come to Haifa from all parts of the world. 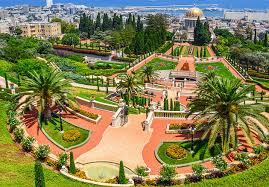 The earliest recorded Bahá’is in Devon were Mrs Scaramucci, who ran a sweet shop in South Zeal, near Okehampton, and Connie Langdon Davies, who lived in Dartington in 1930. The first persons to ‘declare’ themselves as Bahá’is, according to another source, were Mrs Langdon Davies and Mrs Lilian Stevens in Torquay in 1937. They had been introduced to the faith in about 1936 by the artist Mark Tobey of Dartington Hall and Mrs Helen Bishop.

The first local spiritual assembly in Devon was formed in Torquay on April 21, 1939, one of its members being the potter Bern

ard Leach. The Bahá’i Centre for 21 years was at 14 Market Street.

Thanks to South Devon’s Baha’i community for letting me know about Shoghi Effendi’s visit to Torquay.

A381 – Kingbridge closed due to serious accident

A381 - Kingbridge closed due to serious accident