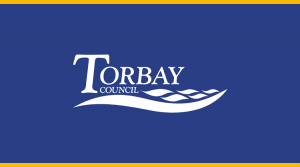 Future of Torbay Council could be decided before September

The future of Torbay Council as a unitary council is set to be decided before September by the authority, the elected mayor has said.

Speaking to Devon Live, mayor Gordon Oliver said the council “cannot survive” on current funds, adding that he had been meeting with Local Government Association officials and from other councils to discuss the future of the south coast authority.

An options report on the future of Torbay Council’s status as a unitary authority will be presented before the council by September.

The move was backed by Conservatives but Liberal Democrats opposed the move, the party’s leader, Cllr Steve Darling, saying that the last-minute revelation was “madness” and “not the way to run a council.” No decision has yet been made on the mayor’s proposal, with Torbay’s chief executive Steve Parrock currently reviewing all options for local government reorganisation. But one Conservative Torbay MP, Kevin Foster, told the local paper that while he did not agree with a return to the former two-tier structure, he did think Dorset’s recent decision to become two unitary authorities could prompt a similar debate in Devon.

A Torbay Council spokesperson said: ‘Due to ongoing austerity in the public sector and the substantial reduction by Government to the Local Government Revenue Support Grant in particular, the outlook for Torbay’s public services continues to be extremely challenging. Torbay Council has asked its Chief Executive to review whether an alternative local government model could help bridge the funding gap. It is clearly important that Torbay Council has a sustainable medium term financial plan and is able to appropriately fund local services, ranging from waste collection to protecting vulnerable adults and children.’

For more you could visit www.publicsector.com