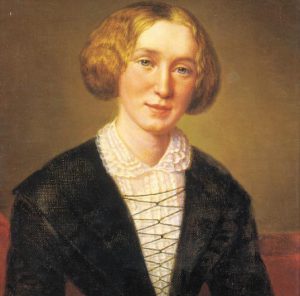 Recently there have been a number of local folk and visitors that have been concerned about the over development of Torquay: the construction of a high-rise hotel on the harbour side being one proposal; the infilling between Torquay and Newton Abbot being another. Such disquiet about the future of our town isn’t new, however. For example, Mary Anne Evans (1819-1880), better known by her pen name George Eliot, was saying the same thing almost 150 years ago. George was a leading Victorian writer, the author of seven novels, mostly set in provincial England, including The Mill on the Floss (1860), Silas Marner (1861), Middlemarch (1872), and Daniel Deronda (1876).

Though female authors were being published under their own names, George said she wanted to escape the notion that women could only write light hearted romances and so ensure that her books were taken seriously. Another factor may have been a desire to prevent scandal as she lived for over 20 years with a married man. 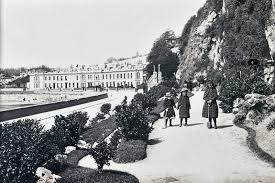 George visited Torquay in 1868 and wasn’t that impressed with the changes she witnessed. She wrote to Miss Sara Hennell: “I don’t know whether you have ever seen Torquay. It is pretty, but not comparable to Ilfracombe; and like all other easily accessible sea-places, it is sadly spoiled by wealth and fashion, which leaves no secluded walks, and tattoo all the hills with ugly patterns of roads and villa gardens. Our selfishness does not adapt itself well to these on-comings of the millennium.” 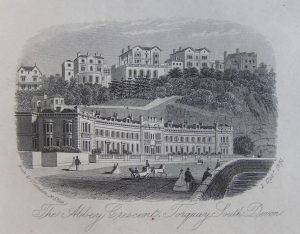 She later wrote to the publisher, John Blackwood: “This place is becoming a little London, or London suburb. Everywhere houses and streets are being built, and Babbicombe will soon be joined to Torquay.” 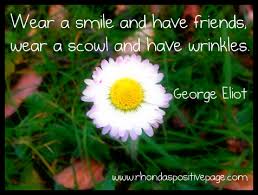 To Mrs Congreve she wrote: “We find a few retired walks, and are the less discontented because the weather is perfect. I hope you are sharing the delights of sunshine and moonlight. There are no waves here, as you know; but under such skies as we are having, sameness is so beautiful that we find no fault… But we should not come again without special call, for in a few years all the hills will be parts of a London suburb.” 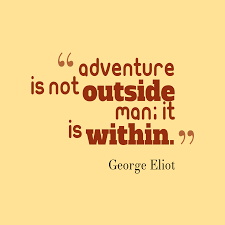 However, once she returned home, she had mellowed a little and admitted in a later letter to Mrs Congreve, “We became deeply in love with Torquay in the daily heightening of spring beauties, and the glory of perpetual blue skies.”