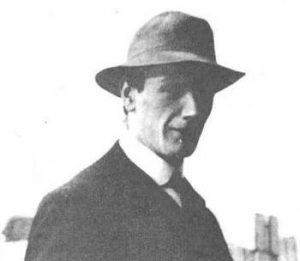 “George flashed like a brilliant meteor over our horizon. The movement lost an inspiring personality when he died”, anarchist and militant trade unionist George Cores (1867-1949)

There’s always been a part of human nature that instinctively resents and mistrusts authority. This tendency would eventually come together as the political theory known as Anarchism.

British Anarchism initially developed from radical thought and Protestant religious dissent during the English Civil War while industrialisation made the theory and practice part of revolutionary working class politics. This was a doctrine that held that all forms of government are oppressive and undesirable and should be abolished. Yet Anarchism was much more than a simple rejection of all forms of coercive control and authority. It offered an alternative to capitalism in the form of more co-operative, anti-hierarchical forms of social, political and economic organisation. 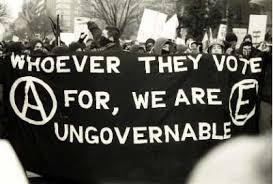 One of those that took up the black banner was Torquay-resident George Powell Ballard, also known as George Barrett. George was born in December 1888 in Ledbury in Herefordshire into a fairly well-to-do family. He began his political career with the Socialist Society in Bristol. This organisation, however, was committed to the parliamentary road to socialism and it was reported that George disturbed the “otherwise peaceful routine” of the group by advocating Anarchism. His growing opposition to parliamentary democracy soon led him to resign and dedicate his life to Anarchist ideas. According to the Liverpool-Irish anarchist Mat Kavanagh, “He knew that nothing short of a complete revolutionary change in the basis of society would be of any social value. He would never compromise with his ideas, and his integrity was always apparent and above suspicion”. It was during this time that he met the daughter of a leading socialist in Bristol called Edith Oxley and they married. 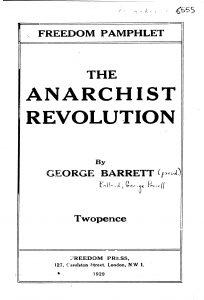 George then moved to London and joined the Walthamstow Anarchists where, under the pseudonym of George Barrett, he became known as an accomplished speaker. Mat Kavanagh remembered, “He spoke almost every night in the week, and would often cycle 20 miles each way to address a meeting, and that after a day’s work.” 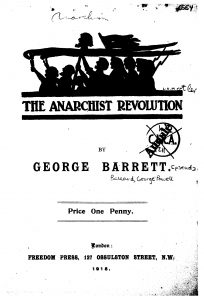 In 1910 George relocated to Glasgow and denounced capitalism at open air rallies. John Paton, who later became a Labour MP, wrote in his autobiography ‘Proletarian Pilgrimage’, “I saw an unfamiliar figure mounted on a box at one of the speaking pitches….He was engaged in a familiar denunciation of capitalism and a glance at the pamphlets spread on the street told me he was an anarchist. I studied him with a new interest. There had been no anarchist propaganda in Glasgow for many years, although at one time there had been an active group. The speaker was a tall, good-looking Englishman, extremely eloquent and able, whose speech betrayed his middle-class origin. The passionate conviction with which he spoke was extraordinarily impressive; the crowd about him swelled in numbers…he progressed from the usual attack on capitalism to a scathing indictment of politicians and particularly the leaders of the Labour Party…he spoke for over two hours and ended completely exhausted…his deep sincerity and attractive personality held them and his audience had grown to several hundreds before the end”.

After the meeting John and George set up the Glasgow Anarchist Group. By May 1911 they had fifty members, including Willie Gallagher, later to be one of the founders of the Communist Party and a Communist MP 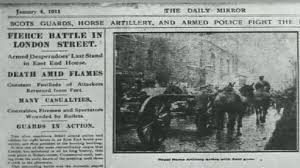 In 1911 the Siege of Sidney Street took place. This gunfight in London’s East End concluded with the deaths of two international anarchists. The resulting panic about Anarchism caused George to lose his job after detectives paid a visit to where he worked. He was then blacklisted by the police with other employers. From then on George earned a basic income from writing articles for the engineering press. Incidentally, ongoing poor relations with a suspicious and often hostile police force has contributed to the anarchist tendency for wearing masks. 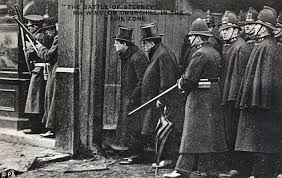 From 1912 to 1913 George was involved with ‘The Anarchist’ newspaper which was financed by the wealthy anarchist George Davison. This lasted for 34 issues until it collapsed in early 1913 – a bitter disappointment for George.

Nevertheless, the Group remained heavily involved in supporting the seamen’s strike in 1911. They held meetings in Glasgow, Paisley, Clydebank, Maryhill and Parkhead. George travelled to these venues by motor-cycle in all weathers. As a consequence, he often became ill and at an open-air meeting in May 1913 he contracted TB. Despite his illness he carried on propagating anarchism. When hostilities broke out in 1914 George wrote an anti-war pamphlet published by Bristol Workers’ Freedom Group called ‘The Last War’. Some 10,000 copies were sold before it was banned. Though very ill, he signed the international manifesto against war, and started a book on law and liberty. When too weak to write, George dictated to friends. 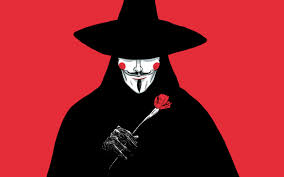 George died in Torquay on January 7, 1917. He was 30 years of age. His wife Edith wrote, “To know him was to be awed by a revelation of the liberty he lived for-yet rather not that he lived for, but that he lived, and of which he had become a part. His writings, his life and sayings, all the force he was, and created amongst us and still is, all that made this man we loved, and love, is forever part of the great eternal force in humanity’s forward march”. 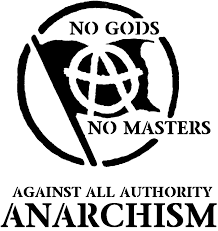 Of course, anarchy didn’t die with the passing of George and there’s still an anarchist community in Torquay. Indeed, it may be that modern anarchism lives on particularly in the artistic community. For example, the ‘Rolling Anarchy’ symbol – composed of three sickles forming the letter ‘A’ – is often used by the band The Levellers. It’s usually surrounded with the words of the French anarchist philosopher Pierre Joseph Proudhon, “Whoever puts their hand upon me to govern me is a usurper, a tyrant, and I declare them my enemy.” 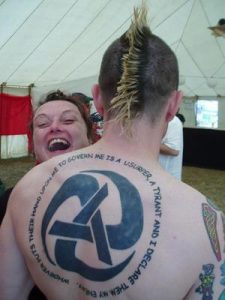 Perhaps there will always be an anti-authoritarian streak in human nature with anarchists such as George being the most dedicated proponents. Anarchists are often that permanently dissatisfied minority who – while occasionally being difficult and disruptive – can be the first to identify threats to our liberty and the freedom of the individual.