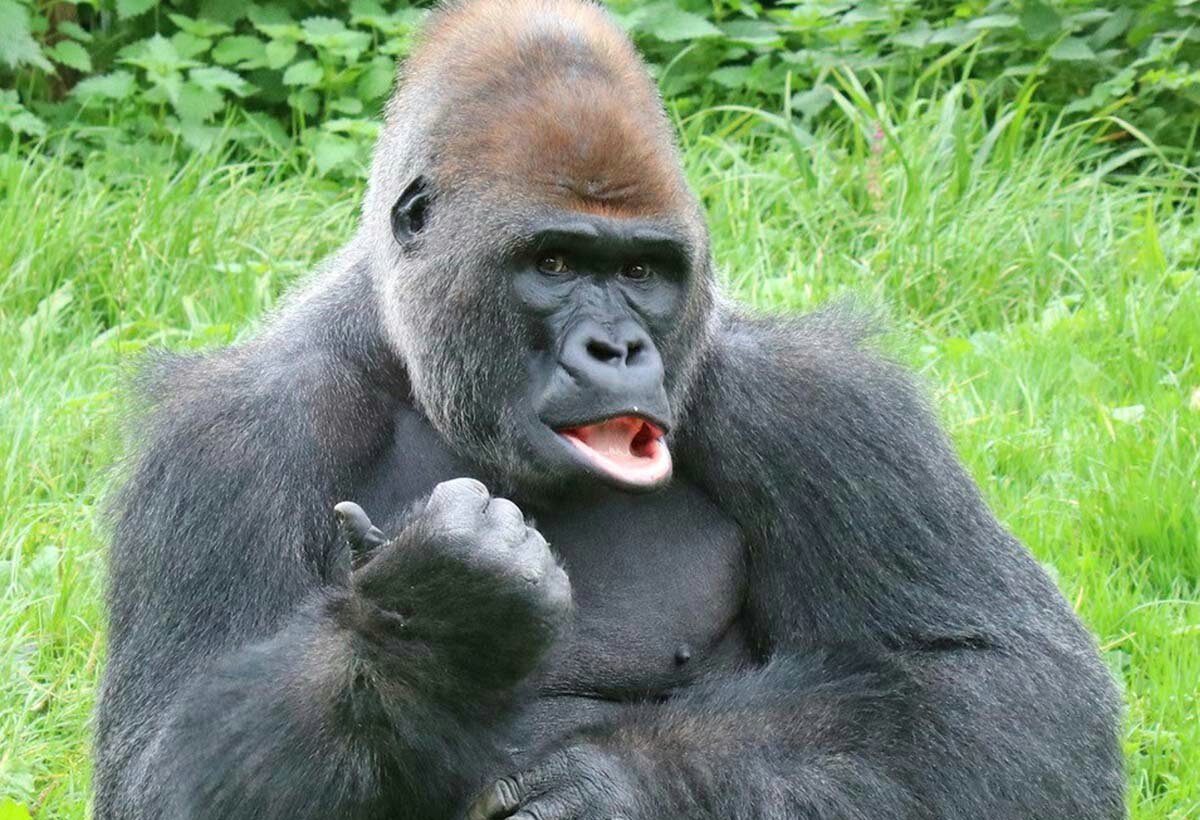 A gorilla hand is like a human hand, with four fingers and an opposable thumb. Opposable means the thumb can move to touch the other fingers, giving the ability to grasp things.

Human thumbs are usually longer than those of other primates, and humans can move their thumbs further across their hand than any other primate. But the gorillas win, as they have opposable thumbs AND opposable toes!

Keepers have described N’Dowe as a great thinker and a gentle soul who will pretty much eat anything and everything that he’s given. He shares a complex of dens and a large island with fellow adult males Pertinax (born in 1982), Kiondo and Kivu (both 15).

The charity’s bachelor group of Western lowland gorillas – a Critically Endangered species – plays a vital role in international gorilla conservation, providing somewhere for young males to grow up in a social environment. Some may move on to be the dominant males in bachelor or family groups in other collections as part of the European breeding programme.

Paignton Zoo Environmental Park is a registered charity. For more information go to www.paigntonzoo.org.uk or ring 01803 697500.