In its second year, the festival showcases a myriad of musical genres that celebrate creativity and diversity, 200 live bands, solo artists and DJs performing across multiple stages at two key venues – the 800 years old Torre Abbey and the Riviera International Conference Centre (RICC).

What is a “Grinagog” you ask? Grinagog is an old Devonshire term for “someone who is perpetually smiling”. For us, the term refers to a party starter, a good times instigator, a mischief-maker who revels in the joy of music and culture by the sea in Torbay!

Alongside the arena main stages in the RICC, Torre Abbey will be the place to rave in a Crypt, mosh out and catch reggae in a Spanish Barn, and attend intimate gigs inside a Chapel.

Saturday is Family Day, starting with a Carnival Parade at 11.30am from outside the Princess Theatre along the seafront to the festival site. There will be a new Grinagog monster, a colourful procession and Grammy nominated Donald Knaack (from America – currently living in Brixham) will lead Junk Jam Central. He has played on The Van’s Warped Tour with Eminem, Black Eyed Peas, and Blink 182! 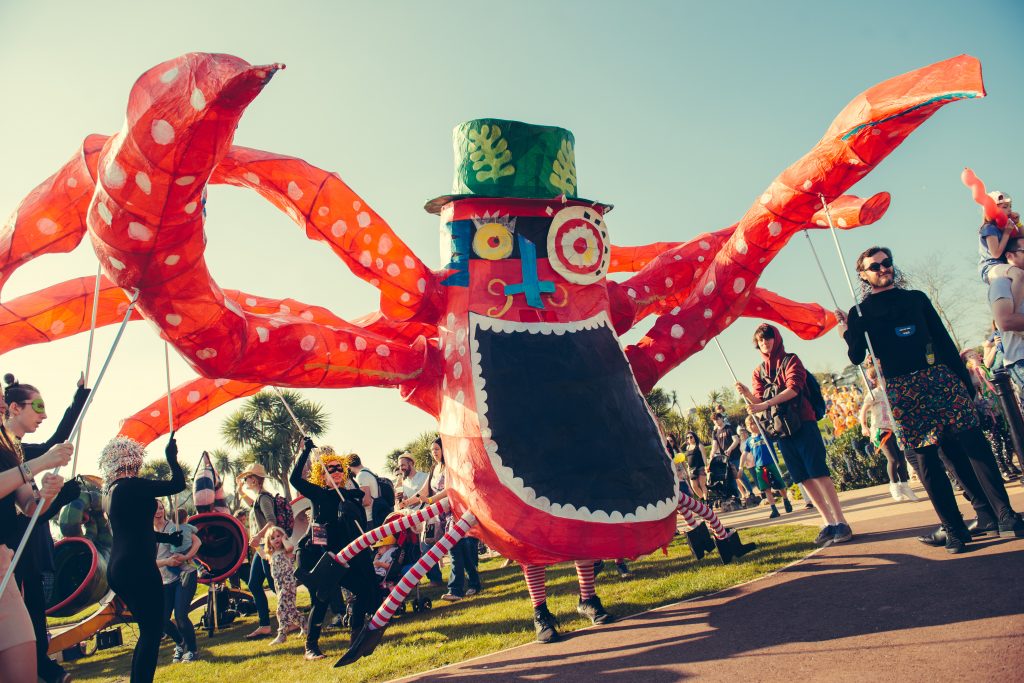 There will also be a Junk Jam Percussion Orchestra plus Junk Jam workshops throughout the weekend, dance and kids raves with award winning Big Fish Little Fish and Junior Jungle and World Record holding Tall Will and his massive bubbles (that a child fits inside!).

Outside in the tents and gardens, families will find street theatre, a fire breathing robotic horse, theatre and graffiti workshops. There is a bright, colourful and beautifully noisy trail by Mayfield School and storytelling including John Row and Isabella’s Story Bicycle.

One of the festival creators, Chris Tofu MBE, and his award winning company – Continental Drifts have been involved with Glastonbury’s Shangri-La, Boomtown’s Ballroom Stage and Bestival’s Caravanserai. Chris Tofu was born in Torquay and received an MBE for services to the music festival and live events industry in the summer of 2017. 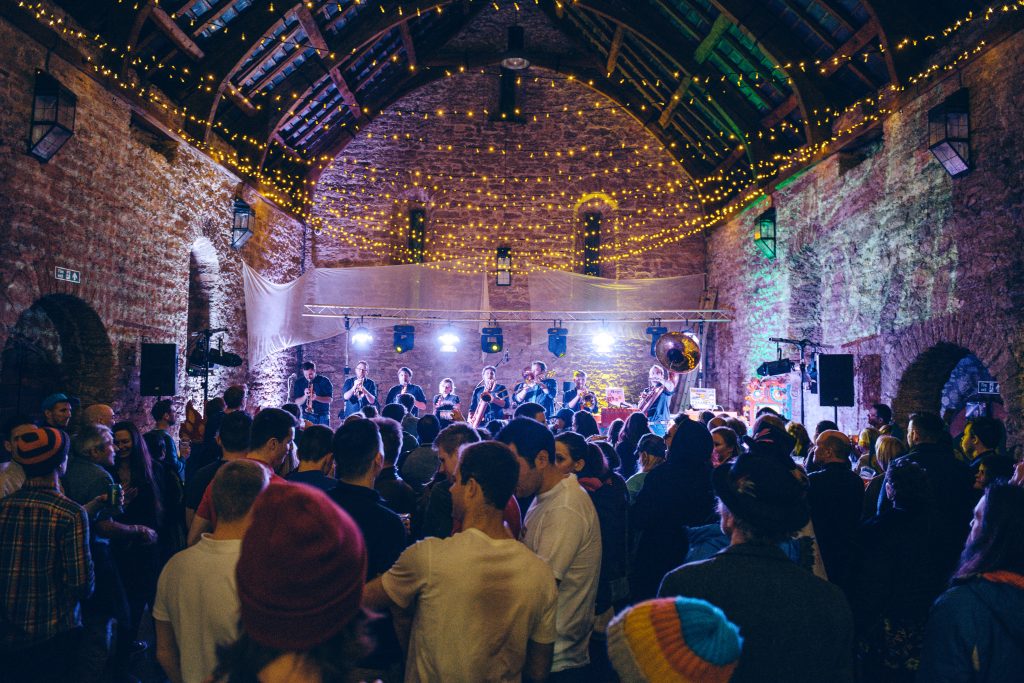 Chris said: “All my life, I’ve looked at Torquay and seen it as one humongous great festival site… with no mud! The place is like the ultimate festival venue, and I should know because I’ve started loads of festivals. I’m putting everything I possibly can into making an extremely diverse, cultural offering for young people in Torquay. We’re bringing together all the amazing promoters and cultural workers who are in the town and the surrounding area already into one big pot to create a cultural explosion that we hope can really be a place maker for this town.”

To find out more and book tickets visit www.grinagogfestival.com