Recently it was reported by the BBC and others, that experts were seeing a sharp rise in eating disorders. The Royal College of Paediatrics are seeing a 3 to 4 fold increase in the number of cases in young people since the pandemic began, and The Guardian reported a 20% increase in inpatient referrals for adults.

And it is not just the UK experiencing a surge in diagnosis.   A study in Australia in June 2020 recorded increases too.

Pre-Covid the NHS reported that 19% of women and 8% of men over the age of 16 screened positive for an eating disorder.

No doubt about it eating disorders are a significant problem, and a growing problem, and need extra attention and awareness.

Why is Covid increasing eating disorders?

What is an Eating Disorder?

These are the main types that are clinically recognised  –

Lastly, there are many other forms of eating problems that have not yet been medically classified, and therefore cannot be officially diagnosed as an eating disorder.  This does not mean that they are not distressing, in fact the level of distress in the mind can be just as severe as in the officially categorised disorders.   These include Compulsive Eating,  Orthorexia, ARFID, PICA and Rumination.

Who suffers from eating disorders?

Anyone can have an eating disorder, at almost any age, they have been reported in children as young as 6 and in adults in their 70s.   Statistically women are more likely to suffer than men, most frequently in the age group 16-24.  The older a woman is the less likely she is to suffer, though even 5% over 75’s screened positively for an eating disorder in 2019,  according to the NHS.

BEAT, the UK’s largest Eating Disorder Charity, stated in 2015 that 15% of calls to its helpline were from people aged 40 +.  15% of sufferers are underweight.

There are many more undiagnosed cases than diagnosed.  And it is something that can disappear for a while and return decades later, for example women who suffered as a teenager and did not receive treatment find that their problems return in the menopause years.

What causes an eating disorder?

There is no single cause, it is a complicated, multi-layered problem.  However, there are some common characteristics:

Eating disorders are a way of our minds trying to cope with a stressful situation.  It is a kind of self-preservation tactic from the brain, not knowing how else to deal with a problem, a self-soothing technique to deal with unwelcome emotions.

There is likely to be something that happened just before the eating disorder began that triggered it, such as an illness or being teased about size.

In addition, there will be reasons why, once started, the eating disorder continues.  For example, initial praise from others at weight loss, not having other ways to manage stress, habit, becoming hooked on a sense of release the behaviour brings (whether eating, or not eating).

There are certain historic factors from family and childhood which may make someone more susceptible to developing a disorder – genetics, childhood trauma, family relationships, maturation.

Often there are frequently found personality traits such as anxiety, sensitivity, kindness, low self-worth.  Each eating disorder tends to have common characteristics amongst sufferers.

One thing unites pretty much all eating disorder sufferers – dieting.  Diets are often the start; it is rare to find an eating disorder sufferer who has not dieted.   This could perhaps be a successful dieter loving the compliments from friends as the weight initially comes off. Or it could be the misery of a failed diet, the ‘sod it’ mentality, leading to bingeing.   Dieting can predispose to eating disorders.   In one large prospective cohort study in the US, pupils aged 14 to 15 years were followed for 3 years, dieting was found to be the most important predictor of a developing eating disorder. Pupils who severely restricted their energy intake and skipped meals were 18 times more likely to develop an eating disorder than those who did not diet.

What to look out for as a symptom of an eating disorder, particularly during Lockdown.

According to the National Centre for Eating Disorders, these are some signs to look out for: –

How to get help

Sadly, many people do not seek treatment, and can suffer for decades.  Which is a great shame as the sooner treatment is sought, the higher the likelihood of recovery, as habits are less likely to be entrenched.   The average recovery time for anorexia is 7 years.

Eating disorders are unlikely to go away on their own, untreated they can cause a lifetime of misery, distress, and health risks.

Whatever the eating problem, it is important to start with the GP to discuss what treatments might be available, and for a health check on any associated physical symptoms.

Private treatment is the only option for many, and can take many different forms – counselling, psychotherapy, yoga therapy, coaching, hypnotherapy, or energy therapies.

Seeking help for eating problems is not something to be put off until after the Pandemic.  Please don’t tell yourself it isn’t serious enough, or it can wait. Taking action now is crucial, whether it is for yourself or a loved one.

There is plenty of further advice available from these links: –

https://www.bbc.co.uk/newsround/17098920 For young people or parents – What in an Eating Disorder? 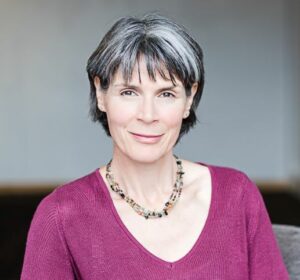 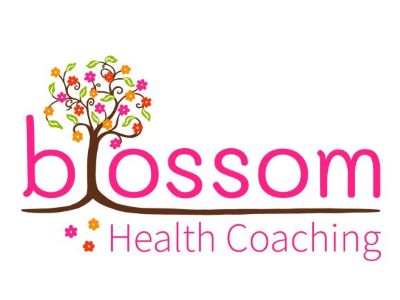