Our beautiful, blue eyed and charming baby boy Frazer was born on 22/02/13 after a perfect pregnancy and quick, straight forward natural birth. Frazer developed in line with expectations, meeting all milestones such as crawling, talking and walking. He is your typical boy, very happy, loves playing and making friends, loves to eat and is a cheeky chappy. He is the most caring 5 year old who loves a cuddle and shows affection to everybody he loves.

In September 2017, we realised that Frazer’s speech was not developing as it should and he was falling frequently. We took him to see a GP who examined his limbs and said all was fine. As time went on, we began to notice that Frazer would have vacant spells where he would ‘stare into space’. In October 2016 we visited the Health Visitor who completed a development check which suggested no major concerns. 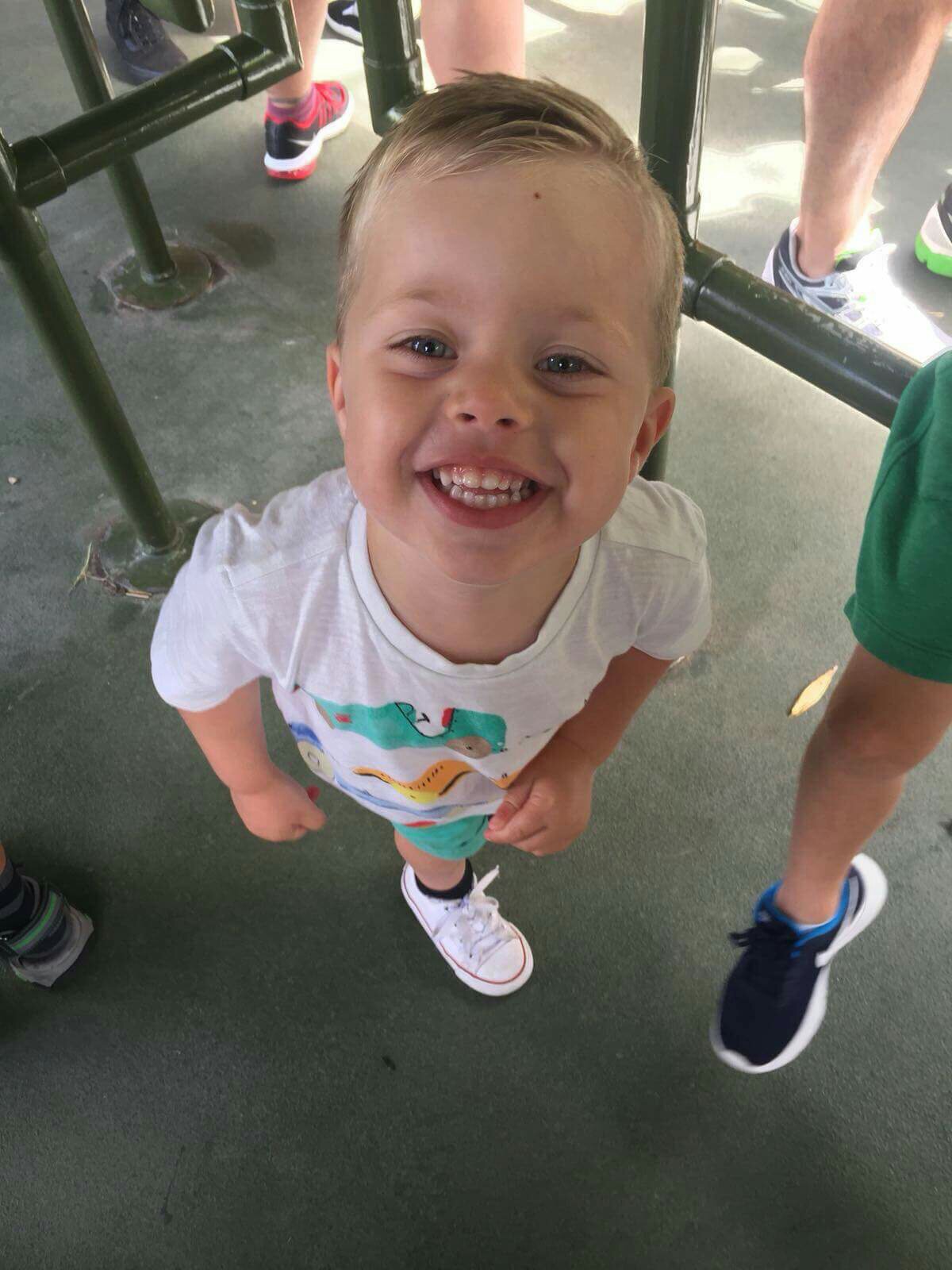 As time went on we became increasingly worried about Frazer’s development and falls that were causing a lot of bumps to his head. In April 2017 Frazer began to have multiple and frequent jerks of his limbs and whole body which would violently throw him forward and to the floor. This then progressed into drop attacks where, without warning, Frazer’s legs would buckle from under him and he would fall to the floor. Frazer was admitted to hospital and had many tests in the Neurology Peadatric ward – the EEG results showed that Frazer has epilepsy.

The type of epilepsy was unknown and as such an MRI scan and lumbar puncture were carried out on Frazer under general anaesthetic to establish what the cause was. The Neurologist called on further expert advice from a colleague in Bristol Childrens’ Hospital and they concluded that it was possible that Frazer had a small cerebellum that was underdeveloped. They told us that they would need to repeat the MRI for comparitive images in around 6 months.

In the time following April 2017 up until October Frazer’s epilepsy medication was increased and changed as it would begin to work and then after a few weeks would not have such a good effect and his seizures weren’t being managed well. In October he then developed a persistent tremor. This got worse in the run up to Christmas to the point where he couldn’t stand without support – his myoclonic jerks and drop attacks also continued. His speech further deteriorated and he began to regress with his skills.

After a hospital appointment on 2nd January 2018 he was admitted to Bristol Children’s Hospital as an emergency as his mobility and stability were a huge concern. Whilst we were in hospital, Frazer underwent blood tests for genetic testing. After a week he was discharged and we had numerous appointments for follow up assessments – including an MRI and repeat lumbar puncture as well as full blood and metabolic testing.
Recently, on the day after his 5th birthday, we were given the devastating news that Frazer’s MRI has shown a significant shrinkage of his whole brain. The blood results have told us that Frazer has what they call Late Infantile Battens Disease.

The gene called CLN2 lies on chromosome 11 is responsible for Late Infantile Battens. CLN2 disease is inherited as an autosomal recessive disorder, which means that both chromosomes carry mutations in the CLN2 gene. A deficiency of TPP1 results in abnormal storage of proteins and lipids in neurons and other cells and impaired cellular function. The cells cannot function as they should and symptoms develop. This is an extremely rare disease where 5-6 children are diagnosed with late-infantile Batten disease each year in the UK. It is estimated that there are between 30 and 50 affected children in the UK. Children are healthy and develop normally for the first few years of life. Towards the end of the second year, developmental progress may start to slow down. Some children are slow to talk. The first definite sign of the disease is usually epilepsy. Seizures may be drops, vacant spells or motor seizures with violent jerking of the limbs and loss of consciousness. Seizures may be controlled by medicines for several months but always recur, becoming difficult to control. Children tend to become unsteady on their feet with frequent falls and gradually skills such as walking, playing and speech are lost. Children become less able and gradually skills such as walking, playing and speech are lost. Children become less able, and increasingly dependent. By 4-5 years the children usually have myoclonic jerks of their limbs and head nods. They may have difficulties sleeping and become distressed around this time, often for no obvious reason. Vision is gradually lost. By the age of 6 years, most will be completely dependent on families and carers for all of their daily needs. They may need a feeding tube and their arms and legs may become stilff. Some children get frequent chest infections. Death usually occurs between the ages of 6 and 12 years (but occasionally later).

There is no cure for this evil disease, there is nothing we can do to save our baby boy. There is currently some experimental infusions to the brain but these are not showing as successful. They may be successful at giving more time but its not proven to cure this terrible disease nor is it providing a better quality of life.

Through all the testing, poking and prodding Frazer hasn’t complained once, hes not had a tantrum or refused to do anything that has been asked of him. He is our super star, a true little soldier. Everybody that meets Frazer falls completely in love with him.

Frazer is our life, as is his older brother. We are fundraising to give Frazer the best medical equipment possible and everything he may need through this journey we face. We want to make sure that we continue to make happy, amazing memories for Frazer with the whole family and to provide his 8 year old brother the best time with his soul mate.

Frazer is our world and we need to make that world perfect for him in every way for the time that he has left.