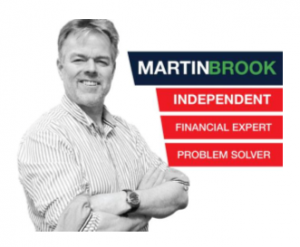 Torbay is at a major junction, facing some serious situations and tough decision making.

There is still a £45 Million black hole in its finances which will have to be dealt with over the next Mayor’s term of office. This will have dramatic effects throughout The Bay and we could see the loss of ALL Non – Statutory roles never mind some Statutory ones including: Youth workers, street wardens, safety officers, coast and countryside trust, reduced litter/beach management, libraries, CCTV, subsidised buses and services protecting the most vulnerable in our society.

A potential financial Tsunami that could devastate thousands of jobs in tourism and retail is also threatened due to Mayor Oliver’s cynical and short-sighted decision making. Tourism is just recovering and Torbay is beginning to be recognised as one of the top destinations in the UK under the direction of The ERTC but Gordon Oliver has withdrawn funding and the potential revenue losses are devastating: Brixham £9.4 Million, Paignton £26.3 Million and Torquay £45.2 Million.

The position of Mayor carries the weight of responsibility to make hard decisions but I believe the current administration has acted dictatorially, acting against council and residents, deaf to the people he is representing and their concerns. I am standing as Mayor to solve these and other issues faced by us in Torbay, working together for a Better Torbay.

My priorities would be: Managing the council budget better; Safeguarding Tourism and Retail and thousands of local jobs; Listening to residents and working together!

BUDGET: I have nearly 30 years’ experience in financial management and problem solving, I was the instigator of the Plainmoor Pool (Swim Torquay) rescue plan, asked to come in just three weeks from the potential closure of the pool. I am ready and able to deal with the council budget and limit the impact of the £45 Million cuts!

TOURISM & RETAIL I have built up a successful, award winning tourism business here in Torquay from scratch, with help and guidance from industry experts and have built solid trusting relationships with leading tourism providers throughout the Bay. On my website www.bettertorbay.co.uk I have posted a solution which could potentially save hundreds of millions disappearing from Torbay. I am also the only Mayoral Candidate that has pledged to financially support the running costs of the proposed TRTBid.

WORKING TOGETHER Standing as an Independent means that I won’t be influenced or directed by party politics BUT I won’t be independent of the people I represent!

I know that some of you have concerns about Cary Green, others are worried about the youth of the bay and their job and housing prospects. If you live in Brixham, you’re fed up with being ignored, want to ensure the future of Shoalstone Pool and also that you need a serious parking solution. If you’re in business, you’re probably fed up with decisions that have been hindering business instead of helping you. I have given consideration to all these issues and more and have proposed viable and workable solutions which you can read in depth on my website or ask me about in person.

On 7th May all seven Mayoral Candidates will be asking for your vote. It amazes me that for such a key role there are no CVs available in the public domain, this would not happen in business. I hope I have expressed my expertise and aptitude for the position of Mayor but as one person expressed on Facebook recently ‘It’s not so much the party or independence that matters but the qualities, character and passion of the person that’s important!’ Here’s a snapshot of that person I’d like you to vote for….

Married to Kimmy for 27 years, father of five, owner of four dogs! Founder ‘pastie’ or Street Pastor for four years. Current Director and trustee of Bay Charity supporting children and families. Member of a wide variety of sports clubs, voluntary and business groups.

At The Mayoral Hustings at The Princess Theatre one question was asked: ‘Of the other six candidates, if you could pick one, which would you happily work with?’ Darren Cowell, Julian Parrot and Dennis Brewer all picked me. Obviously I was pleased by the selection – Working with people for common good is my ethos. It’s what I believe in and what I pledge to base my term of office on if elected!

I invite you to read more about my ideas and proposals at www.bettertorbay.co.uk

Here's an update from Eat That Frog: Everyone’s finding life more difficult at the moment – but if you managed to eat breakfast this morning, then actually you’re doing well! This current crisis ha…

My name is Fee, I am a Mum of two girls aged 6 and 3. I have always lived in Devon and within the Teignbridge area. I have a BA in Youth and Community, Level 4 In Early Years Care & Education enha…

The council intends to hold a referendum in May 2016 on how the Council is run from 2019 onwards. This referendum will ask whether the council should continue to run as it is now, by a Mayor who is e…