Police in Torquay have shared an image of weapons and ammunition that has been surrendered today, Monday 13th November which marks the start a two week firearms amnesty.

From 13th to 26th November, anyone handing in firearms or ammunition will not be arrested for illegal possession. They can also remain anonymous.

“Day one of the #gunsurrender campaign in Torquay. Some of these weapons could attract a mandatory 5yr prison sentence for unlawful possession. If you have firearms or ammunition you wish to get rid of, surrender them between 13th and 26th November 2017 to avoid arrest and prosecution,” 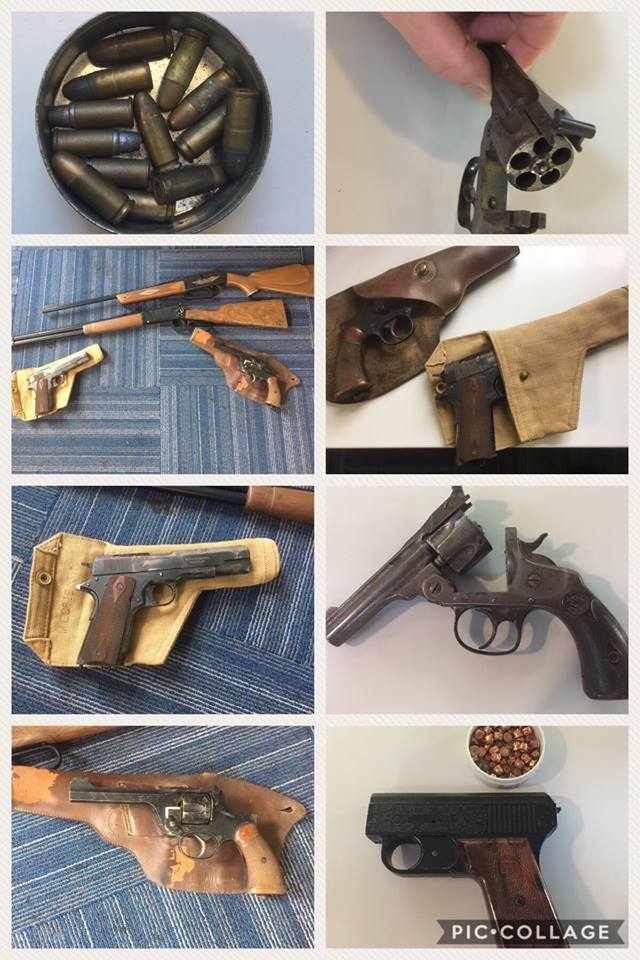 Michelle Mounsey, Firearms and Explosives Licensing Manager for the Devon & Cornwall Police and Dorset Police Alliance, said: “We want to take out of circulation any type of firearm and ammunition, which includes guns which can still be fired, antique or unwanted collectible weapons, replica weapons, air weapons, BB guns, stun guns and ammunition that are no longer required.”

“This is an opportunity to surrender firearms and not be charged with illegal possession. Remember that outside of the surrender period if police find you in possession of a firearm without a current certificate then you may be subject of court proceedings which may lead to a custodial sentence,”