UPDATE MARK HAS BEEN FOUND SAFE AND WELL

A 12 year old is missing from Torquay.

Mark O’rourke has not been seen since yesterday morning when he left for school.

Mark attends Torquay academy. The alarm was raised when he failed to return home. 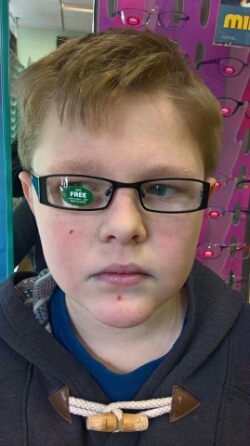 Mark is missing from Torquay

Mark is not currently wearing glasses as in the picture.