Update: Police are no longer appealing for information about Ashley Richards’ whereabouts, who was reported missing from Paignton.

Officers believe Ashley, 28, is currently out of the country and are continuing with their enquiries to speak to him.

Police are concerned for the welfare of a 28-year-old man who has gone missing from Paignton.

Ashley Richards was staying at a hotel in Paignton with friends for the weekend and was last spoken to on the 11th July at approximately 11:30am when he arranged to be collected by a friend from Paignton train station, but later failed to show. 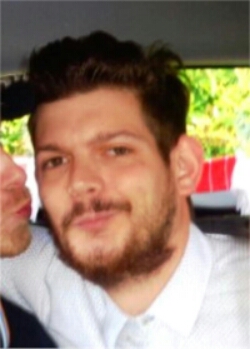 Ashley is 5’10” tall, slim build, he has brown short hair which was spiked and a beard. It is believed he was wearing blue jeans and a white tight fitting shirt with blue lines.

If you have seen Ashley or know of his whereabouts, please contact police on 101 quoting log 489 for the 12th July.