Have you seen missing teenager Ryan?

Update: (27/01) Ryan’s father has made an emotional appeal to find Ryan: click here

Police have released CCTV images of Ryan in London: https://wearesouthdevon.com/search-continues-missing-devon-teenager/

Update: Police have released an updated photo of Ryan. Ivybridge police have asked on social media for anyone in contact with Ryan to ask him to contact the police or his parents.

Update: Police believe the 17-year-old may be in the Torquay area after his bank card was used at a cash point machine on The Strand on Wednesday (21st Jan) afternoon.

Officers have visited bed and breakfasts and hotels in Torquay to see if he has been staying there, as well as making enquiries in Ivybridge in case he has returned to his home town.

Police are seeking the public’s help in finding a missing teenager from Ivybridge.

Ryan Ranson, 17, was last seen at around 7am on Tuesday 20 January at Devonport Dockyard after he was dropped off at work. 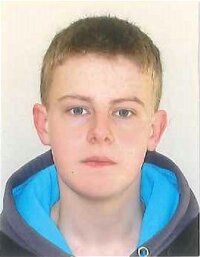 He was reported missing by his family later that day after his colleagues called them asking where he was.

Ryan is described as white, of medium build, with short brown hair. He was wearing jeans, trainers, a blue fleece, a black coat with a hood and he had a rucksack with him.

Officers believe he may be in the Torquay or Ivybridge area and are carrying out searches and enquiries to locate him.

Sergeant Jonathan Ross, Lost Person Search Manager, based at Totnes, said: “The family are really worried about Ryan as his disappearance is completely out of character.

“If he was trying to get home from work he may have caught a bus from Plymouth to Ivybridge, or may have gone on to Torquay.

“If anyone remembers seeing Ryan yesterday or knows where he is now please get in touch.”

Anyone with information about Ryan’s whereabouts is asked to call police on 101 quoting reference 507 of 20 January.