This is the first time I have made a public comment regarding the tragic and sudden death of my father who was involved in a fatal car accident in Market Street, Torquay on Monday 18th July 2016 at approximately 12:30pm.

The family, have privately read a whole array of comments scattered around Social Media platforms speculating what the truth is and in all honesty the family, nor the police investigation teams are fully aware of what the actual truth is behind this extremely tragic accident.

We also sincerely hope the driver of the other car was not too seriously shook up and that he/she will make a speedy recovery from this ordeal and equally we also hope no one else was traumatised by the unfortunate events that unfolded on that unforgettable afternoon.

It has also been confirmed that there was no heart attack or any form of illness that caused this incident.

This is the only official statement that has been approved by the family.

We are certainly not interested in generating any public sympathy, we ignore all the rumours and we only focus on the good times and memories our family member has blessed us with.

Leonard Vine, aged 66 years old leaves a wife, two children and grandchildren and a great grandchild on the way. He was also the youngest child of two brothers and two sisters and even though he was aged 66 was always the baby of the family. 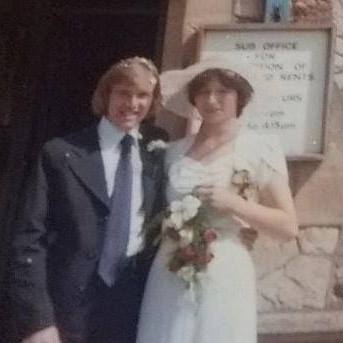 He was a typical hard working Torquay bloke, who had a temper, had a social life, enjoyed a few heavy sessions, who always reprimanded his children, argued with his wife, disputed with his brothers and sisters and most importantly someone we all loved.

He had taught his children a lot during our growing up stages, even though as we became typical teenagers we opted to disagree but ultimately he was always right in the end.

Len had an active social life and was a keen skittle player, won numerous amounts of trophies during the past forty years which included being rewarded for playing his 500th game in 1996. He was also a lifelong supporter of Everton FC and later in life played Golf.

He had led a very active life until about 3 years ago when his health was deteriorating and was the victim of various types of illnesses. However, he never moaned, never complained, hated the aggravation of appointments and fought back with strength and willingness not too give up.

On the morning of this accident he was chatting with his sister (only 1 year older) and instructing my mother to use a little gadget measuring the tread on his tyres, while he was stood next to the car firmly supported by his walking stick. Then just a few hours later the unthinkable happened.

What happened between that is not a memory myself or my family wish to remember him by. We want to remember the love, joy, disagreements, advice, laughter and support we as a family were honored to have been blessed with that will be ever lasting memories we all will treasure.

The family would like to thank every single person for all your kind comments which we have all been humbled by. 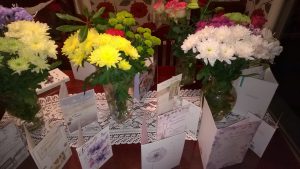 And a very special and respectful thank you too Irene (Len’s sister), who has been available night and day without question, by hiding her true feelings to be the strength within our family and also to our Police Family Liaison officer for the advice and supporting guidance we have received which has been invaluable.

We’re about to say goodbye to a husband, our dad, our granddad, our uncle, our brother, our brother in-law, our friend and too sum it up as our cousin quotes “Heaven has gained a treasure”.

A celebration of life will take place at Torquay Crematorium and Friday 29th July at 09:45 followed by a rememberence gathering at Babbacombe Coach House. All family and friends welcome. A retiring collection will be for Help the Hero’s charity.