Update: The fire service have said the smoke seen was from a vehicle parked at the rear of the building which had come through the vents.

Devon Fire and Rescue Service said on their website:

“On arrival crews began investigating the source of the smoke and concluded that it had come from a vehicle parked at the rear of the building which had a blown turbo, the smoke had entrained into the building through the ventilation system,”

H&M in Torquay has been evacuated and cordoned off by the fire service today, 13th July.
Three fire engines were mobilised to the incident from Torquay and Paignton fire stations. 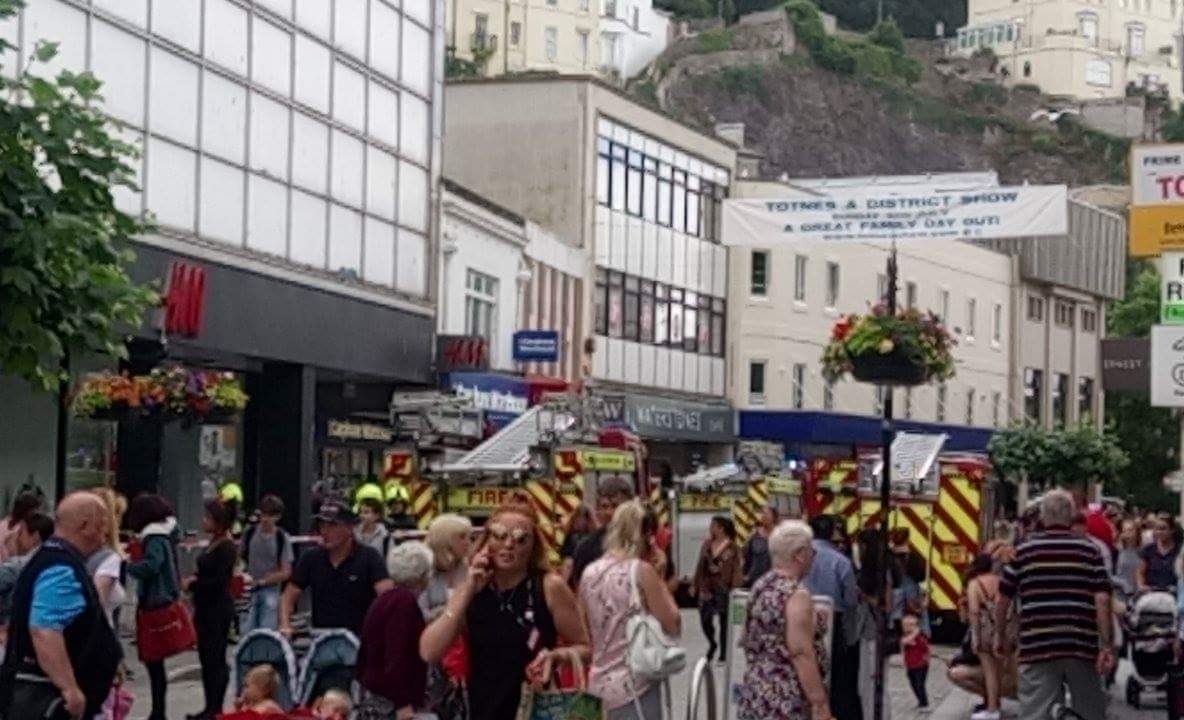 The shop has been cordoned off and firefighters are inside the building.

There is no sign from outside of smoke or a fire.

Updates as we receive them.