​The fire service was called to Wellswood, Torquay to a property fire just after midnight (19th September).

Several calls were made to the fire service reporting the fire at a terraced house in Kents Lane.

3 fire appliances were mobilised to the incident, followed by the aerial ladder platform and another appliance.

The fire service have said that the severe fire has caused 100% damage to the first floor of the property. The rest of the property has been damaged by heat and smoke. 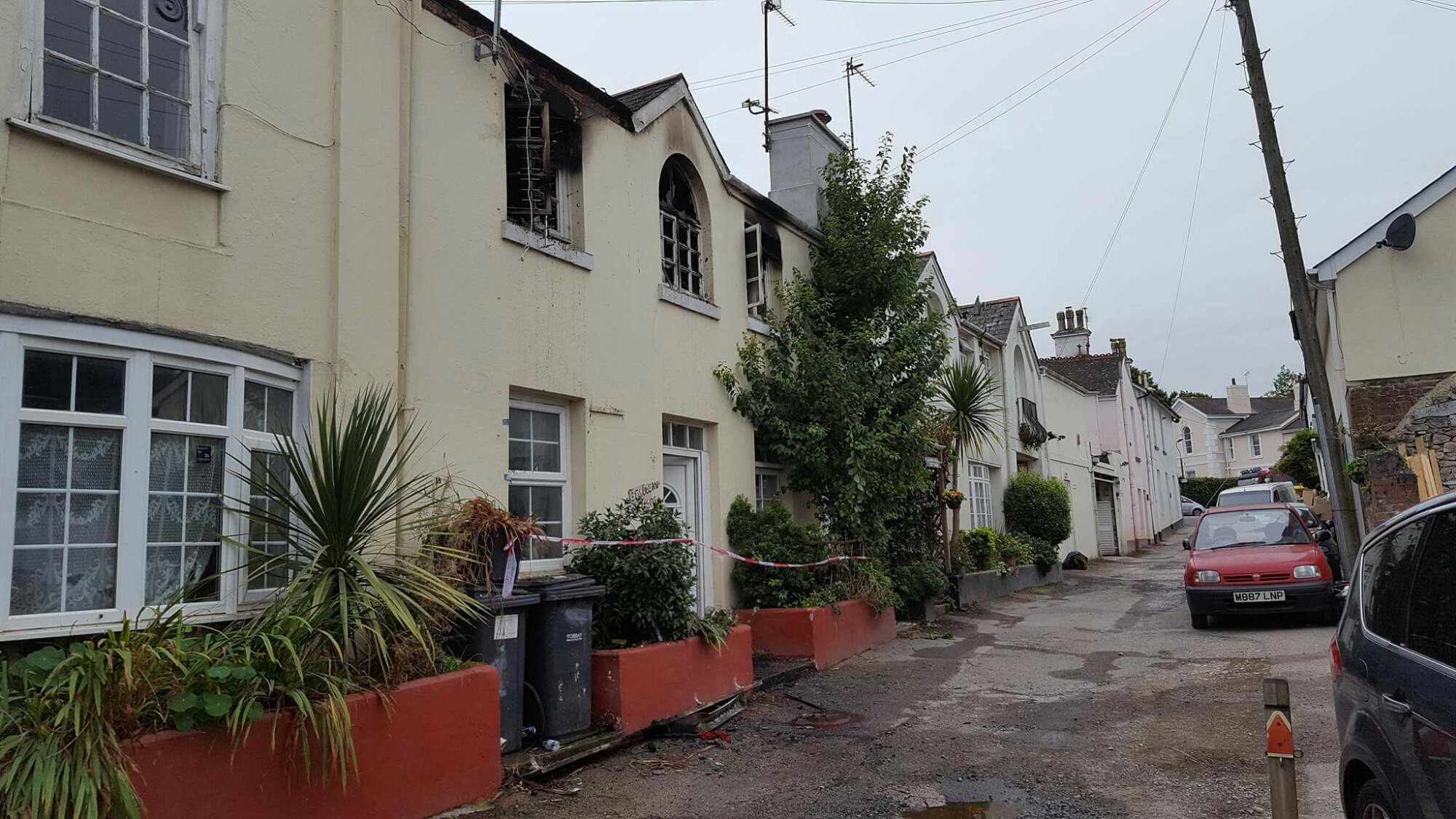 The cause of the fire was accidental.