“Can the person playing bagpipes at 8 am at Meadfoot, please be quiet! It’s summer, people have windows open while trying to sleep!”

Easy to dismiss the post as a joke but there was indeed a bagpiper playing in the mornings and that person was identified as local man Keith Metcalf, 80, a retired estate agent. 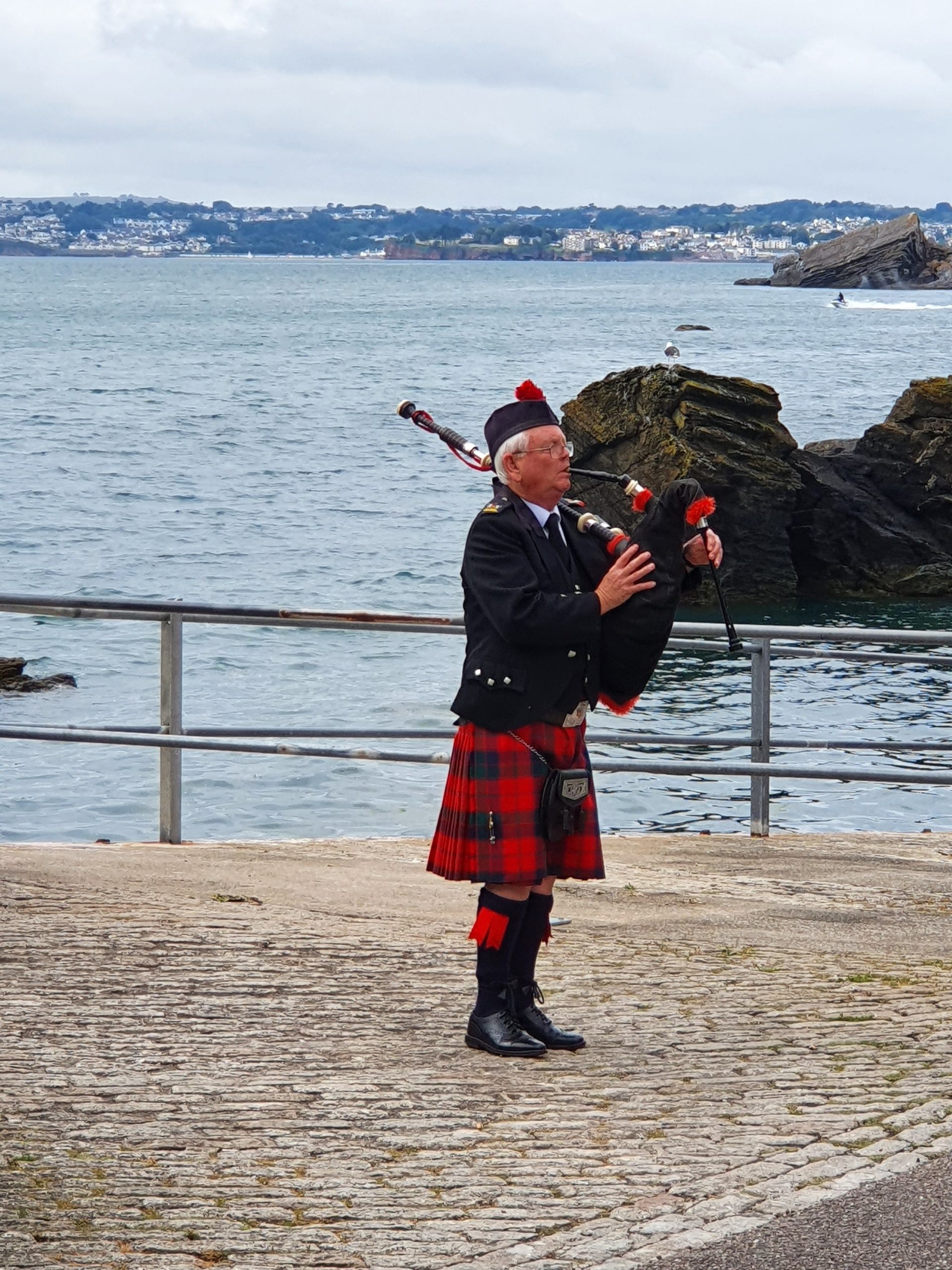 A week later and Keith is hitting national headlines. The Sun covered the story with “Locals furious at elderly bagpiper who wakes them at 8am by practising on Devon beach“.

News kept spreading about the bagpiper who had been told to ‘pipe down’ by a local resident and Keith appeared on TV show This Morning, interviewed by Josie Gibson at Meadfoot. 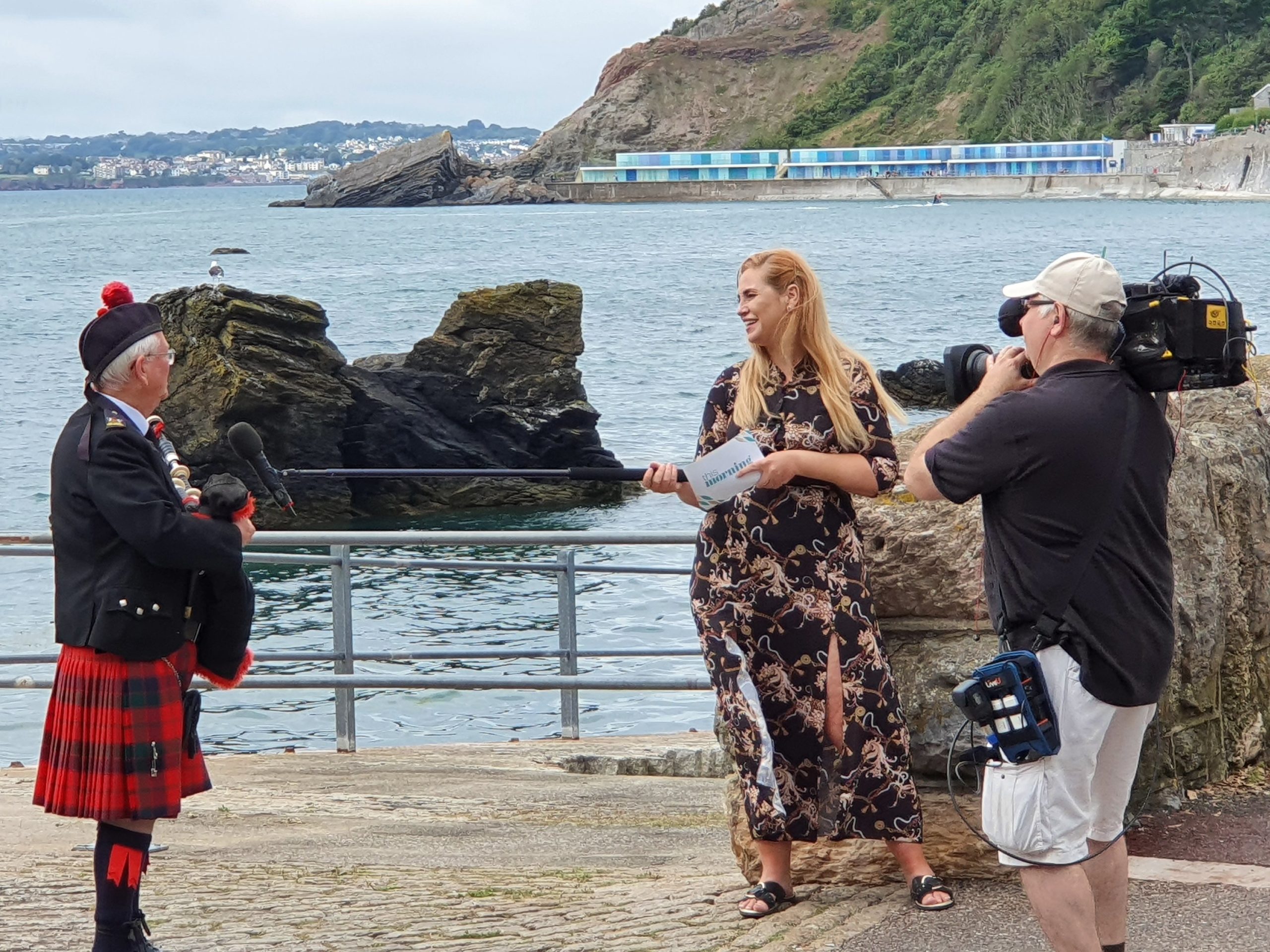 A small crowd gathered as Keith was interviewed live on air today, and they were treated to Keith playing his bagpipes at the place where the complaint originated.

Keith, it was brilliant keep it up!

As for the ‘furious locals’ it was one person and we’d love to know their thoughts on Keith’s new found fame.