A major international firm has helped a Devon animal charity by donating an incubator. Spirent is a global communications technology business with a factory in Paignton. Its local charity committee made the donation to Paignton Zoo.

Representatives from the committee visited the Zoo to see the incubator in use and to meet a baby king colobus monkey which has had to be hand-reared by keepers.

Spirent staff Gemma Wallace, Caroline Lee, Karen Hare and Tracy Whitney were met by Paignton Zoo Curator of Mammals Neil Bemment and his staff, who introduced them to the youngster. Born in early August, she has been named Tajuana, from the Spanish for Joanne, after the vet who delivered her by C-section. 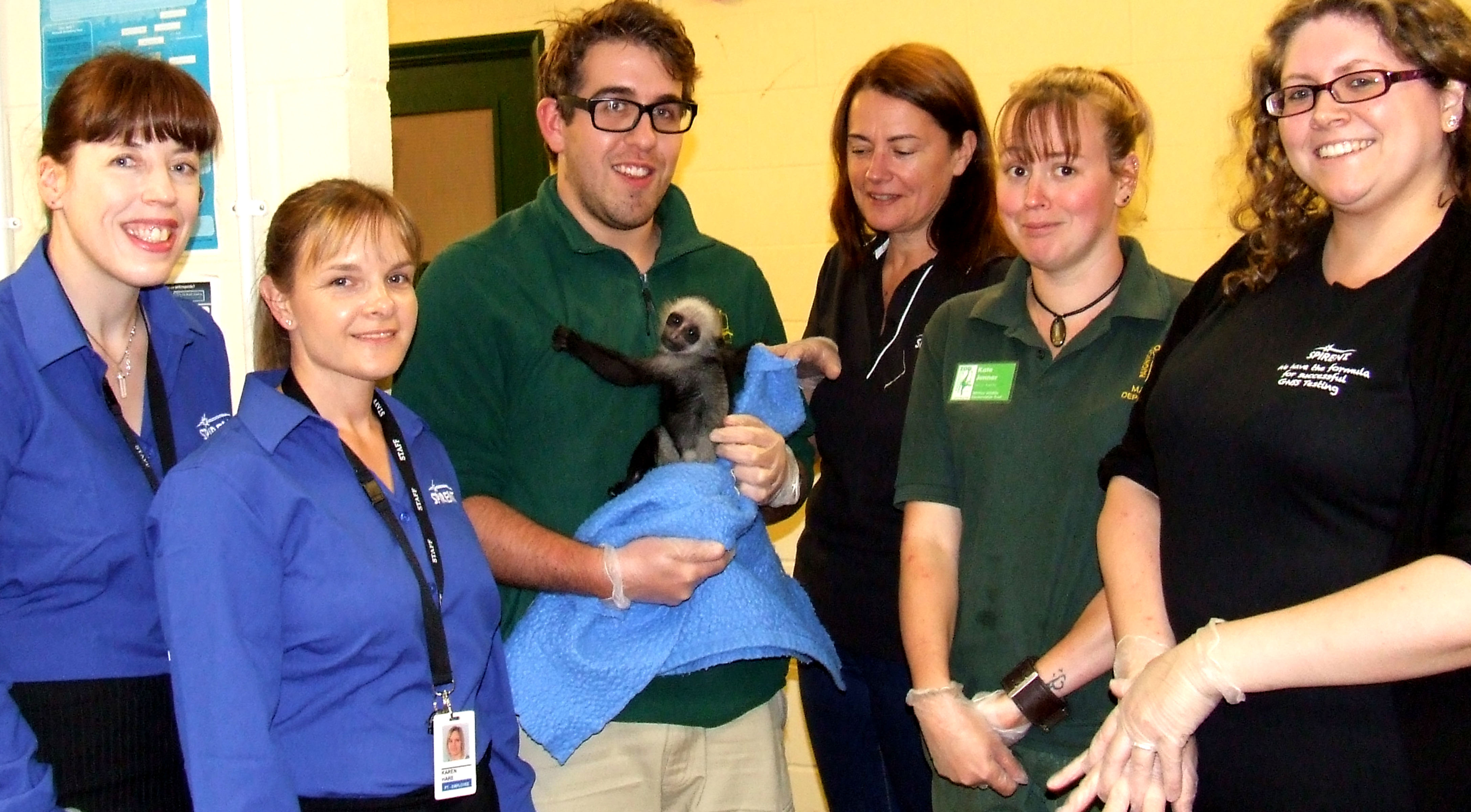 Neil: “This incubator is such an important piece of equipment. It’s the same thing hospitals use for human babies because new-born primates – be they monkeys or humans – need the same thing – a safe, temperature-controlled microenvironment that is portable.”

Spirent made the donation to purchase the top-of-the-range model after being approached by the charity at short notice.

Craig Gilchrist, Head Keeper of Mammals, explained: “We’re feeding Tajuana around the clock. At first it was every two hours, including through the night. Now it’s every four hours. That’s why we need a portable incubator – we have to take her home with us.”

She weighed a healthy 567g at birth; for the time being she is feeding on lactose-free SMA powdered baby milk formula. Six keepers are sharing the extra workload. Paignton Zoo Environmental Park is a registered charity. For more information go to www.paigntonzoo.org.ukor ring 01803 697500. For further information on Spirent go to www.spirent.com .