Is it possible to be a Christian Atheist?

This might sound to be a contradiction in terms, an oxymoron. However, many thousands of folk in Torbay define themselves as Christians while having no belief in the existence of God. This decline in faith has already had a significant effect on our townscapes and will be a future challenge to much-loved buildings across the Bay. Many churches and chapels have already been converted or demolished and this can only continue. So who will look after our iconic buildings in the future?

In the last Census in 2011 Torbay had a higher proportion of residents recorded as Christian (63.3%) than England – probably due to the Bay having an older than average population. Those stating that they had ‘No Religion’ stood at 27.5%. It is widely expected that the 2021 Census will show numbers of those claiming to be Christian falling to about 50 per cent.

But this Census question doesn’t tell the whole story. The responses don’t define what people actually mean when they say they are a Christian. 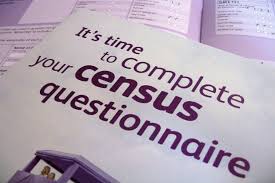 So around four in ten (41%) of us believe there is neither ‘a god’ nor ‘a higher power’- a proportion that is increasing.

These are ‘cultural Christians’ who recognise their history and value tradition, perhaps follow the secular teachings of Jesus, but who do not believe that God exists. There are thousands of Christian Atheists in Torbay and within a decade or so it is possible that a majority of self-described local Christians will be ‘atheists’ in the sense of not believing in an all-powerful God.

For those of us interested in our historic buildings this is important. The faithful have been the creators and custodians of our churches; but regular church-goers are aging and reducing in number. Significantly, it is older Britons – those aged 60 and above – that are most likely to believe in a supreme deity, with the younger generations far more likely to be atheists, agnostics or just not interested. There, are, of course, notable exceptions across Torbay where there are younger and enthusiastic congregations. 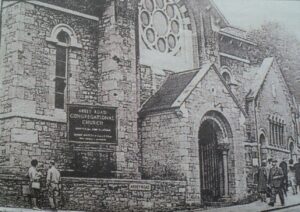 This isn’t an entirely new phenomenon, though many in the past kept their own counsel as atheism was largely unacceptable until the late nineteenth century. 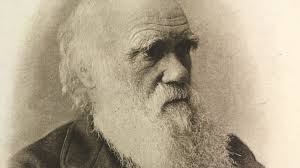 In July 1861 Charles Darwin arrived in Torquay and stayed at Meadfoot House in Hesketh Crescent for six weeks. Darwin’s ‘On the Origin of Species’ had been published in 1859 and, though he discretely tried to avoid addressing the question of human development, the implications were clear. It was in 1871 in ‘The Descent of Man’ that Darwin went on to explain natural selection and that the origin of all life was a natural and biological process without a need for a creator. The impact was immediate and accelerated the shift of authority from the Church to new institutions and discourses, particularly the sciences.

The spread of non-belief was already being noticed back in 1895. That year Torquay’s churches conducted research amongst “the working men as a class” to find out why so many were avoiding services. 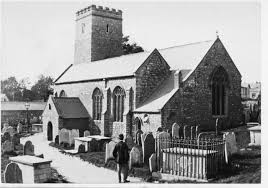 This was followed by a public meeting to discuss the reasons for nonattendance. Some said that they did not care to attend a church that had one part for the rich, where seats could be bought, and another for the poor, or that men and women were divided up. Some claimed that the sermons were too long, too dull and too dry; while others mentioned “the great need for fresh air”; or that working men had unsuitable clothes for church. But in a sign of things to come, the researchers found that there was an “indifference to religion”. Less expected was that “some weren’t Christians” at all, and “a great reason for men not going to church was the spread of atheistic doctrines”.

That same year the the Vicar of Ellacombe, Reverend CE Storrs, recognised the drift towards secularism in a sermon entitled “If Christ came to Ellacombe”. He wanted to inform his congregation that Jesus would be very displeased at what he would find in urban Torquay: 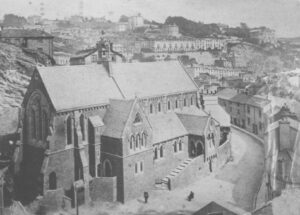 “What would Christ find in villadom, amongst the villa residents? If Christ came into that parish he would see frightful indifference. He would observe a few score men, perhaps a hundred or two on Sunday evenings. There is one here and there in this large parish here to serve Me; the rest are the servants of pleasure, business, money-making and gain.’ If Christ came to Ellacombe he would see indifference and unbelief more than ever He suffered on earth before.” 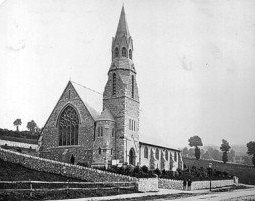 This was, of course, only the beginning of unbelief in the Bay. Now only a quarter of us believe in God. So who will now be the guardians of our national heritage?