Is ‘tagging’ an issue in your town or village?

Is ‘tagging’ a problem in your town or village?

Posting these images on Facebook, Totnes police said that similar ‘tags’ have been seen in the area: 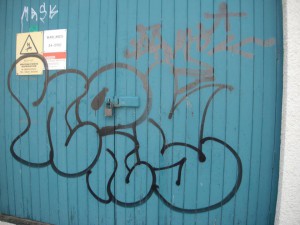 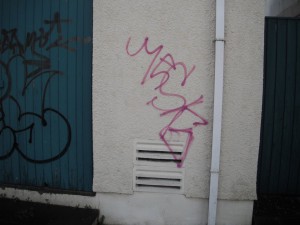 “Have you seen anyone tagging the walls?

“If you see anything suspicious please call 101 or 999 if you see the offender(s) in the area.

“Police are working with South Hams Council and Western Power to get this removed from buildings.”

Torquay has had similar issues with ‘TQ1 CREW’ being tagged around the Ellacombe and town centre area. 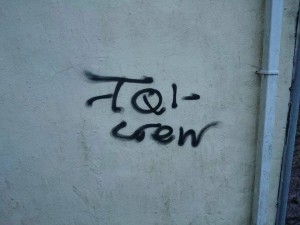 These are clearly not the works of Banksy!

Is it becoming more of an issue? Tagging is often done in little time, resulting in a scrawl. Tags in Torbay have been found on business properties, domestic properties and in public places such as parks. Who should be footing the bill to have them removed?

Graffiti can be popular, the art work of Banksy is popular across the globe. Torquay had its own Banksy art on the side of the Grosvenor Hotel on Belgrave Road until someone threw paint over it. It has since been painted over. 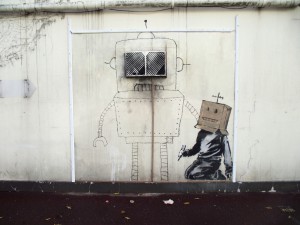 Street artist ‘NME’ is very popular in South Devon, with thousands of people from around the world ‘following’ him on social media.

‘Tagging’ is worlds apart from the works of talented artists such as Banksy and NME, right?

Monday morning…. How was your journey?

Monday morning.... How was your journey?