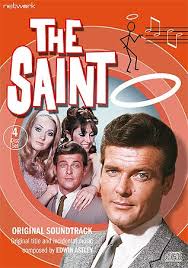 Here at WASD we’ve often said that Torquay began by impersonating other places. Indeed, our assumed title of ‘The English Riviera’ shows how we always wanted to pass ourselves off as another, and perhaps more glamorous, location. It’s true that we don’t look like a part of Britain if you come from the North or the Midlands – we present ourselves as somewhere exotic with our palm trees and the sweep of the Bay. 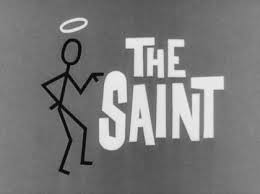 This otherness of Torbay has long been noted by film makers and TV location finders. It’s also far cheaper to send your film crews to South Devon than fly them to the real locations. Hence, during the 1960s and 1970s Torquay kept cropping up in well-known TV series, appearing in the guise of a variety of foreign towns. These were the days before mass familiarity with Mediterranean or South American resorts so viewers wouldn’t necessarily know that Nice doesn’t look like Torquay. It was only locals that could point at the TV and shout, “That’s not Marbella. It’s Rock Walk!” Here’s a couple of examples. 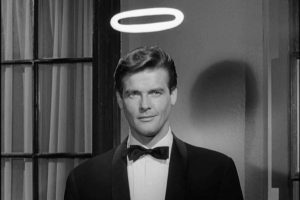 The Saint was a long-running ITC mystery spy thriller that ran on ITV between 1962 and 1969. It was based on the Leslie Charteris character Simon Templar. Incidentally, the nickname of the Saint is apparently from the initial letters of his name, ST, the abbreviation for the word “saint”. Played by Roger Moore, Simon Templar stole from criminals, but kept the money. Here’s the excellent opening titles:

Due to the strong performance in America of the first two black-and-white series, NBC picked up the show in 1966. The programme then continued with trans-Atlantic prime-time scheduling and in colour. It eventually showed in over 60 countries with almost 120 episodes – being only exceeded by The Avengers as the most productive show of its kind produced in the UK.

The series was later adapted into a – not very good – film with Val Kilmer in 1997 (pictured right). It’s best to avoid this one. 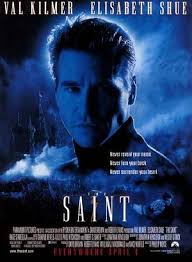 Here’s the Torquay link. In June 1966 an episode called ‘The Better Mousetrap’ finds the Saint in the South of France as the chief suspect following a spate of jewellery robberies from the rooms of hotel guests. 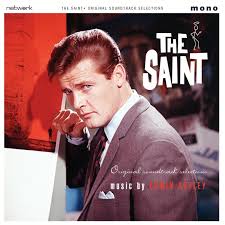 The real thieves hope to incriminate the Saint by planting some of the loot in his room but one of them falls from the balcony to his death. Torquay Harbourside doubles up for night-time Cannes in the scene where the man falls from his balcony and Simon Templar is questioned by the French police.

The 1968 episode ‘The People Importers’ finds the Saint fishing off the south coast and coming across a boat-builder smuggling illegal immigrants into the country. One of the immigrants who has gone on the run is suffering from smallpox and the Saint must locate him before he can spread the disease. The scenes supposedly in a ‘Sussex yacht club’ were filmed in Torquay. 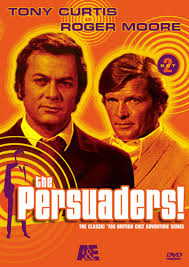 ‘The Persuaders!’ was a 1971 action-adventure series, broadcast on ITV and ABC. It was called, “the last major entry in the cycle of adventure series that had begun eleven years earlier with Danger Man in 1960”, and, “the most ambitious and most expensive of Sir Lew Grade’s international action adventure series”.

Starring Tony Curtis and Roger Moore as international playboys, much of the humour came from observations about the differences between British and American customs.

The show needed an American star to appeal to an American audience, but Rock Hudson and Glenn Ford turned down the role. Tony Curtis accepted and was promptly arrested for possession of cannabis when he flew into England in April 1970 to start filming. Here’s the opening titles:

A 1971 episode called ‘Nuisance Value’ features the spoilt daughter of a millionaire being abducted. However, she is a willing captive as her kidnapper is her lover, the plan being to extract a ‘ransom’ to set them up together. The establishing shots for the location of Hotel Don Juan in Spain are clearly of Torquay.

There’s quite a few more examples where we appear as somewhere else. These, however, often weren’t recorded anywhere as stock location footage was just inserted when needed. The film makers themselves may not have even been aware that they were using Torquay as a faux location – we just looked appropriate for the story. So, if there are other incidences, do let us know…

Unlike The Saint, The Persuaders wasn’t a success. The show ended after one season, due to failing to make an impact on US TV. There was, however, a positive outcome. When Roger Moore was released from his Persuaders’ contract, he went on to star in the Bond movies, starting with ‘Live and Let Die’ in 1973. Mentioning this, of course, is just an excuse to close with one of the best Bond themes: