At Kings Ash Academy we have had a very exciting week exploring British Values. This is an important part of the curriculum and helps the children understand their role in society whilst exploring what it means to be British. We have been exploring: mutual respect; democracy; individual liberty; rule of law; and tolerance of those with different faiths and beliefs. All of these are important parts of our school values and beliefs.

The children have voted for house captains to help them understand democracy. The children decided if they wished to make and give an election speech in assembly in order to be house captain. They wrote election speeches, gave these in assembly and then voted using polling booths and ballot boxes kindly lent to us by Torbay Council. This gave the children an opportunity to experience what it is like to visit a polling station and gave them real-life experience of this. 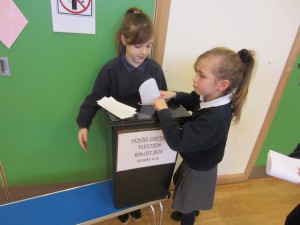 The Local Police Neighbourhood Team followed on from the Magistrate’s Court visit and worked in partnership with the children to help them understand why we have laws and the consequences if they are broken. 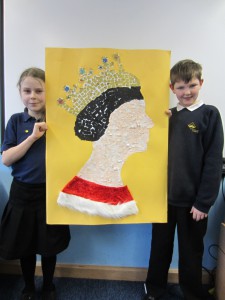 We have also worked hard to explore countries from around the world to understand the many faiths and beliefs there are. The children created some wonderful artwork about many countries and linked this to: faiths, beliefs, religion, the Royal Family, State visits, culture and much more! Accompanying this, the children wrote some very detailed fact files about the countries ensuring they showed tolerance of the similarities and differences to Britain.

The week ended with a celebration of the children’s work and community engagement where parents and carers were invited to see the hard work put in by everyone.

We would like to thank Torbay Council, the Magistrate’s Court and Police for their support. Well done to the children for their participation.