A great day out was had by all at the Last Team Standing event on Sunday afternoon. A great event which sees teams battle it out to build the biggest “sand castles”! Helping to raise funds for the Babbacombe Cliff Railway, which is a CIC registered company, meaning that any profits that are made from its running are for the public good. 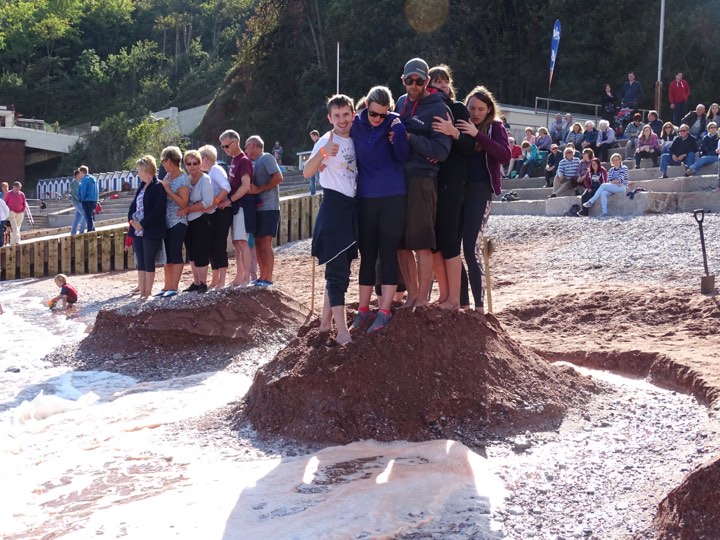 The cliff railway opened April 1st 1926, costing just £15,648 to construct over a 2 year period. Originally set up as the Torbay Tramway Company before being taken over by Torquay Borough Council and being closed in 1941 due to security restrictions in place during World War Two. Undergoing refits and facelifts over the years the final one being earlier this year, which saw two new carriages delivered. The Cliff Railway has carried hundreds of thousands of people up and down the cliff to the glorious settings at Oddicombe Beach, and the delight of the shops and cafes at the bottom.

Sunday’s Last Team Standing sponsored by Bays Brewery saw Three Degrees West and the other businesses open their doors to the hundreds that gathered, with musical entertainment from Disco Junction and hilarious commentary from Martyn Strange throughout the event. 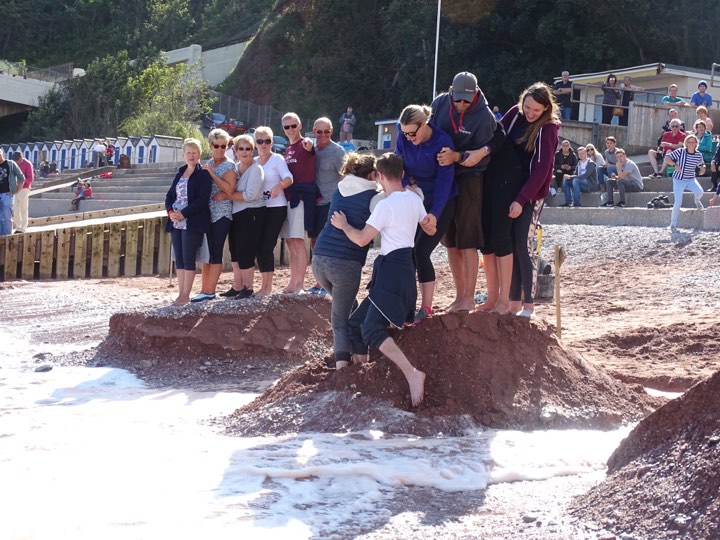 Teams had 45 minutes to build the biggest sand castles and then had to stand on them as the tide came in. Clutching on to each other with every wave that came in seeing their castles slowly succumb to mother nature and the team’s fall into the sea. Slowly but surly, one by one each team fell in, to loud cheers and rounds of applause from the gathering crowds. 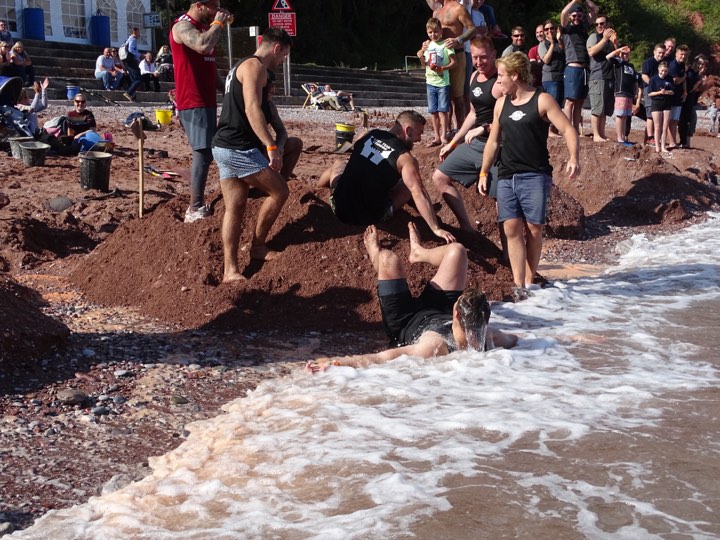 After over 1 hour and 20 minutes, the team from Datel Electrical, claimed the winners trophy. A great day out was had by all and Martyn and the team at Three Degrees West in association with the Cliff Railway are already planning the next “Last Team Standing” for 2018!

Teams are urged to register their interests early, and of course, remember to take a spare set of clothes and a towel!