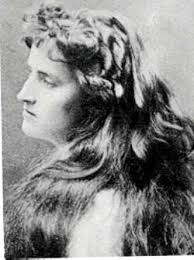 “If you touch me, I’ll kill you!”
(Winnaretta Singer to her first husband on their wedding night, while on top of a wardrobe with an umbrella in her hand).

Before its sad demise Oldway Mansion, set amongst 17 acres of picturesque landscaped gardens, was the perfect setting for a wedding. It wasbuilt in the 1870’s by Isaac Merrit Singer the founder of the Singer Sewing Machine Company and “with the combination of the pleasant Riviera climate and French ambience it created a romantic setting reminiscent of the Palace of Versailles”. The Mansion became a popular civil ceremony venue with weddings taking place in the Winnaretta Room which featured high ceilings and elegant tall windows. The Winnaretta Room accommodated up to 60 guests and many hundreds of local couples began their married life there. 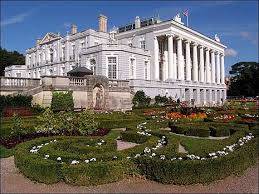 What the promotional material didn’t mention, however, was that the Winnaretta Room was named after one of the nineteenth century’s most “promiscuous and predatory” lesbians whose own legal partnership with her husband was one of convenience – known as a Lavender Marriage,  a marriage between partners of differing sexual orientation. They may be marriages of financial convenience or to satisfy the requirement of polite society. For instance, this could involve a lesbian and a gay man and were often unconsummated – known as a ‘mariage blanc’. 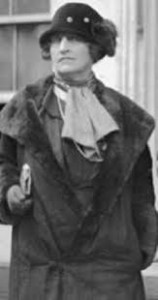 Winnaretta (pictured above) was the 20th of the 24 children of Isaac Merritt Singer. She was born in New York, and the family moved to Paris after the outbreak of the American Civil War. The Singers then settled in London and after that Oldway Mansion in Paignton, the building being modelled on the Petit Trianon at Versailles.

Incidentally, Winnaretta’s mother, Isaac’s Parisian-born second wife Isabella, has been suggested as the model for Bartholdi’s Statue of Liberty.

After Isaac Singer’s death in 1875, the family moved back to Paris. Although known within private social circles to be a lesbian, the 22-year-old Winnaretta married Prince Louis de Scey-Montbéliard. The marriage was annulled in 1892 by the Catholic Church. This was five years after the wedding night where Winnaretta climbed on top of a large wardrobe with an umbrella in her hand and threatened to murder the groom, “If you touch me, I’ll kill you!” 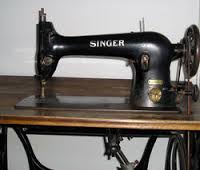 The feisty Winnaretta had numerous relationships, both during her own marriages and afterwards, and often with other married women. In one incident an outraged husband stood outside the princess’s Venetian palazzo and shouted, “If you are half the man I think you are, you will come out here and fight me.” Without getting too judgemental, those with a sense of irony may find it amusing that the site of many Bay marriages was dedicated to a notorious adulteress!

In 1893, at the age of 29, Winnaretta married again. This time to the gay aristocratic French composer Prince Edmond Melchior Jean Marie de Polignac – pictured below. 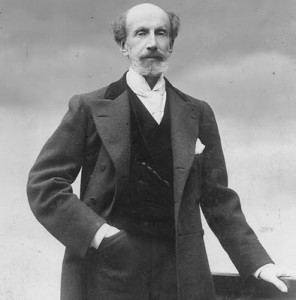 Though a descendant of one of the more illustrious families of France, by 1892 the 57-year-old Edmond was impoverished through investments in a series of get-rich-quick schemes. The solution to his money-worries lay in marriage to a woman of appropriate means. Winnaretta also gained as her social status could be improved by marrying a second prince.

Accordingly, on 15 December 1893, the couple were married in Paris. The union received the blessings of Pope Leo XIII. This was despite the thirty-one year age difference and the sexual orientation of both bride and groom.

Much of the short though apparantly harmonious marriage was spent in touring Europe, acquiring a palazzo in Venice, and promoting Edmond’s compositions. Edmond died on 8 August 1901.

After her husband’s death, Winnaretta used her fortune to benefit the arts, sciences, and letters. She was particularly socially conscious and was involved with early attempts at providing Parisian public housing, where she encouraged the work of Corbusier. During World War I, she worked with Marie Curie and helped convert private limousines into mobile radiology units to help wounded soldiers at the front. 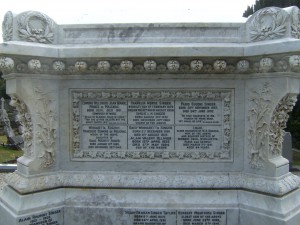 Along with Winnaretta, Edmond is interred in the Singer crypt in Torquay Cemetary. His tomb is inscribed, “Edmond-Melchior-Jean-Marie, Prince de Polignac, Born 1834, Died 1901, Composer of Music”.