Police, coastguard and RNLI crews were involved in a search for a missing teenager in Exmouth last night, Friday 13th April.

Emergency services were called to Exmouth to search for the missing girl.

The lost person search manager has stated that the teenager had left a suicide note.

The police helicopter was also mobilised to the incident.

The teenager was found sat on a cliff edge and thankfully, was talked back to safety by RNLI and Coastguard volunteers and taken to hospital.

Kingsbridge Police posted on Facebook: “On Friday evening I was called as a Lost Person Search Manager to manage a search for a missing 14 yr old girl who had left a suicide note in Exmouth.
Coastguard volunteers and RNLI Exmouth were tasked to assist and located the female sat on a cliff edge. They negotiated with the female and managed to persuade her to come back to safety where she was taken by ambulance to the Royal Devon & Exeter hospital to begin her road to recovery.
Our sincere thanks to the Coastguard volunteers whose help was invaluable and saved the child’s life,” 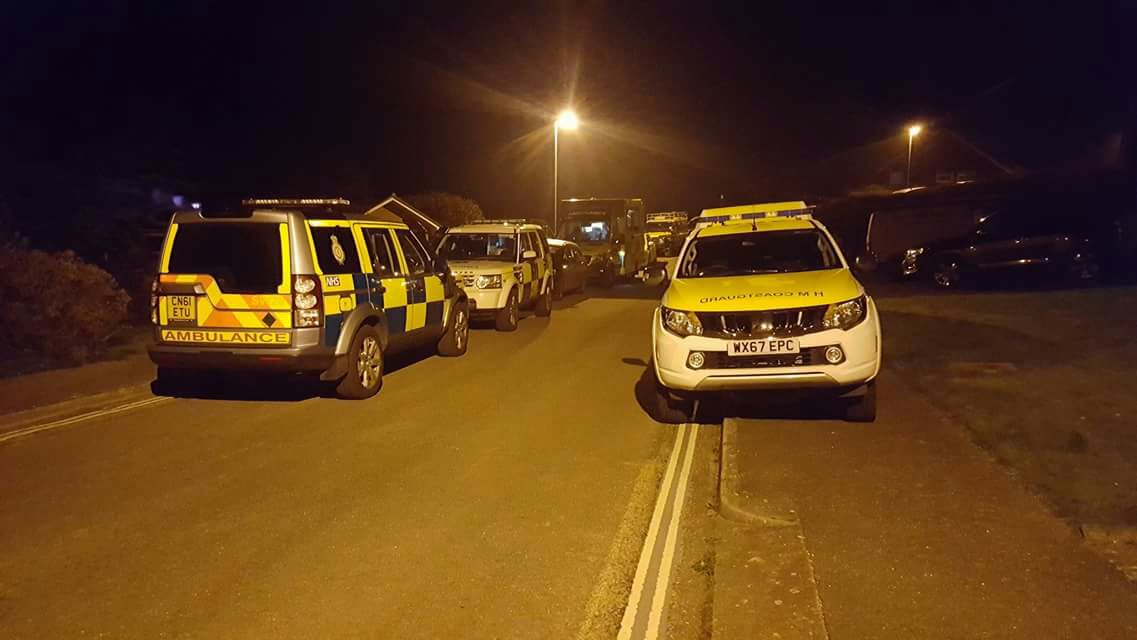 A spokesperson for Exmouth Coastguard said: “Exmouth coastguard were tasked to an incident this evening involving a vulnerable person. Excellent team working with colleagues from Beer coastguard team and Exmouth RNLI the police and south west ambulance service saw a positive outcome achieved. Well done to all involved.”

Great work and determination by police, coastguards and helicopter this evening to locate a high risk missing teenager in Exmouth. Found safe and well @NpasExeter #safeguarding